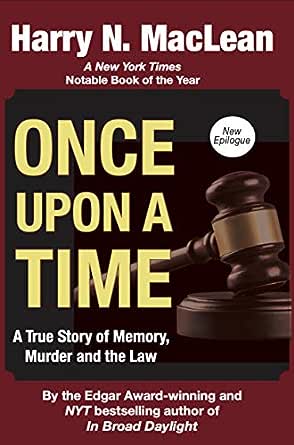 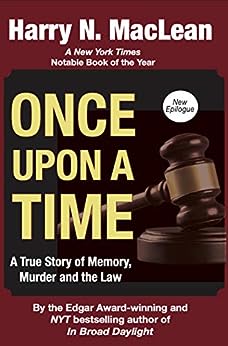 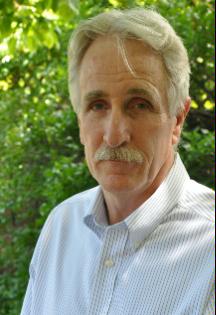 Once Upon A Time: A True Story of Memory, Murder and the Law Kindle Edition

HARRY N. MACLEAN is a lawyer and writer based in Denver, Colorado. He is the author of In Broad Daylight, which won an Edgar Award for Best True Crime and was a New York Times bestseller for twelve weeks; his second book, Once Upon A Time: A True Story of Memory, Murder, and the Law, was named a New York Times Notable Book of the Year; his third book, The Past Is Never Dead: The Trial of James Ford Seale and Mississippi’s Search for Redemption, was shortlisted for the William Saroyan Award, given by Stanford University. His debut novel, The Joy of Killing, published in July 1015, has been described as a “combination love story, mystery, psychological suspense and meditation on the nature and origin of violence.” --This text refers to the paperback edition.

"Once Upon A Time, A True Story of Memory, Murder and the Law," was selected as a Notable Book of the Year by the New York Times.

"Important. . . Relentless. . . A many-faceted and accomplished study. . . MacLean . . gives an account of the trial that is comprehensible yet suspenseful, enriced by his insights into the tactics and emotions of the opposing lawyers."

"Once Upon A Time" is a well-written and meticulous account of a true human drama. . . The author's objective viewpoint in presenting these facts makes for a compelling read." Nancy Taylor Rosenberg, author of Mitigating Circumstances.

This is a superb analysis of a case already widely publicized via 60 Minutes , a TV docudrama and Eileen Franklin's book, Sins of the Father , written with William Wright: a murder committed in 1969 brought a conviction in 1990 because of testimony stemming from a previously repressed memory. Susan Nason, 8, was molested and killed near San Francisco and 20 years later Eileen Franklin, who had been her best friend, accused her own father, George, of the crime. No forensic evidence substantiated her allegation, but as details of George's abuse of his five children--verbal, physical and sexual--emerged, the possibility grew that he could have committed murder. The case turned on the credibility of Eileen, who kept altering her story. Also looming large were the questions of accurate and false traumatic memories and of repression versus disassociation, which MacLean ( In Broad Daylight ) elucidates. In an epilogue, he presents his conclusion that Eileen was not a trustworthy witness--and his reasoning is highly credible. Photos not seen by PW .
Copyright 1993 Reed Business Information, Inc. --This text refers to an out of print or unavailable edition of this title.

In 1990, the public was shocked to hear Eileen Franklin accuse her father of sexually attacking and murdering her best friend 20 years ago. She claimed that she had recently recalled a repressed memory of the incident. Her father was subsequently charged with her friend's murder and found guilty. Exploring this case in depth, MacLean found that Franklin was basically convicted upon the uncorroborated recollections of his daughter. Every key fact in her "purported" eyewitness account was already public knowledge. Did Eileen really witness this crime or was this memory created in Eileen's mind, unwittingly or not, as an explanation of her troubled childhood? MacLean describes in detail the Franklins' family life and reveals the father's brutality and sexual depravity. Following the trial jury proceedings carefully, MacLean challenges the reader with the ultimate questions: Was George guilty? Were Eileen's recollections true? A well-paced, exciting narrative, grippingly told, this book belongs in most true crime collections. Recommended. Previewed in Prepub Alert, LJ 3/15/92.
- Sandra K. Lindheimer, Middlesex Law Lib., Cambridge, Mass.
Copyright 1993 Reed Business Information, Inc. --This text refers to an out of print or unavailable edition of this title.

MacLean won an Edgar for In Broad Daylight (1988), which covered the case of a small-town bully shot dead in front of a crowd of locals who ``saw nothing.'' Here, he takes on the equally controversial case of George Franklin, a Californian found guilty of murder 20 years after the fact, the conviction resting almost entirely on his daughter's belated memory (which surfaced in 1989) of having witnessed the killing of her then- best friend, eight-year-old Susan Nason. There's little doubt that, at the time of the murder, Franklin was a disastrous husband and parent: The ``uncharged conduct'' alleged against him (and not contested in court by his attorney) included physical and sexual abuse of his family, most notably his holding down daughter Eileen while a drug dealer raped her. MacLean documents Franklin's virulent racism, heavy drug use, alcoholism, and large collection of pornography (including pedophilic and bestial material) found in his apartment when he was arrested. Yet the accused was on trial for none of these offenses, but only for the murder of eight-year-old Susan--after she'd been raped. No physical evidence connected Franklin to the crime: It was only Eileen's inconsistent testimony, supported by a few expert witnesses on childhood trauma and the repression of memory, that finally convicted him. And the jury's deliberations, MacLean emphasizes, took place without benefit of evidence (contemporary newspaper accounts of the crime) that cast doubt on whether Eileen recalled her own eyewitness details of the killing--or whether she read about these details, then ``remembered'' them. MacLean builds the story of the murder, arrest, and trial in convincing detail, taking care not to intrude with his own judgment of Franklin's guilt or innocence until after he reports the verdict. A riveting, thought-provoking look at a disturbing case. (Photographs--not seen) -- Copyright ©1993, Kirkus Associates, LP. All rights reserved. --This text refers to an out of print or unavailable edition of this title.
Read more