The One Best Way?: Breastfeeding History, Politics, and Policy in Canada (Studies in Childhood and Family in Canada) Kindle Edition 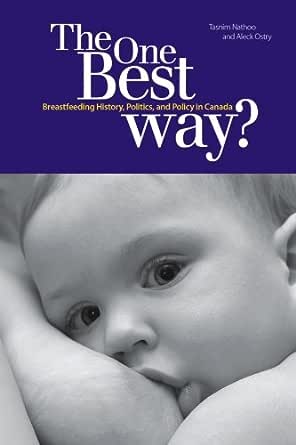 Flip to back Flip to front
Audible Sample Playing... Paused   You are listening to a sample of the Audible narration for this Kindle book.
Learn more
ISBN-13: 978-1554581474
ISBN-10: 1554581478
Why is ISBN important?
ISBN
This bar-code number lets you verify that you're getting exactly the right version or edition of a book. The 13-digit and 10-digit formats both work. 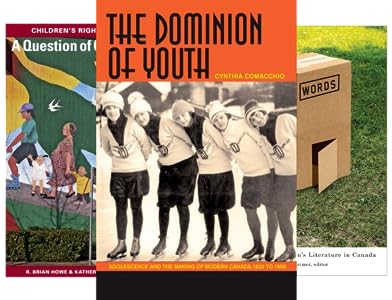 ``The One Best Way? does an admirable job in synthesizing the many disparate works that touch on the history of breastfeeding.... [p]olicy-makers, analysts, and medical administrators, should they find their way to this book, will be interested in the historical lessons that the book has to offer. Hopefully they will pay attention to its central message of structual change as well as the need for education in all forms of infant feeding in order to give women a truly free choice.'' (Heather Stanley H-Net Review, December 2009)

``Although written for a Canadian audience, The One Best Way? has much to offer breastfeeding advocates and politicians worldwide. Consider buying a copy of this book for your deputy minister.'' (Louise Dumas ILCA (International Lactation Consultant Association) Print and Media Reviews, March 2010)

``Nathoo and Ostry trace this pendulum swing from breastfeedng to bottle feeding and back again in an illuminating study which examines the scientific background to the development of manufactured baby milks, reviews the latest evidence for breastfeeding's advantages for the baby, and teases out the implications of breastfeeding on gender equality in the workplace. Their analysis of the changing advice given to parents...is particularly useful in demonstrating how conflicting and contradictory advice could undermine the confidence of the women it was intended to support.'' (Linda Knowles British Journal of Canadian Studies, 23.2) --This text refers to an alternate kindle_edition edition.

Excerpt from Introduction, The One Best Way? Breastfeeding History, Politics, and Policy in Canada by Tasnim Nathoo and Aleck Ostry

“You will be able to nurse the baby. Never think of anything else. Nursing the baby yourself is the one best way. ”

– The Canadian Mother's Book, published by the Department of Health, 1923

Dr. Helen MacMurchy wrote the above words in Canada's first piece of federal government-sponsored child-care advice literature for mothers. As the newly appointed head of the Division of Child Welfare, one of MacMurchy's central goals during her tenure was to establish breastfeeding as “the Canadian way”―in spite of the already dramatic decline in breastfeeding rates observed across the country.

While most of us are familiar with the refrain “breast is best”, few of us have much appreciation for how breastfeeding came to be considered a public policy concern. MacMurchy, as a social reformer and government official, viewed breastfeeding as a solution to the shockingly high rates of infant mortality during the first quarter of the twentieth century. Breastfeeding became a cornerstone of the federal campaign against infant mortality in the 1920s, and it emerged as part of the debates and policies surrounding issues of mothering. MacMurchy suggested that mothers were responsible for the future well-being of the country, and she described breastfeeding as a national duty. While the motivations behind her desire to increase breastfeeding rates are not as relevant in the twenty-first century as they were in the early twentieth century, breastfeeding has remained part of health and social policy debates. And, while the patriotic and moralistic tone of MacMurchy's early messages might make modern-day readers cringe, nuances of her policies continue to linger in current discussions and debates regarding breastfeeding.

Since MacMurchy created and wrote the first editions of The Canadian Mother's Book in the 1920s, the federal government, in all its publications directed at mothers, has officially promoted breastfeeding as “the one best way” to feed infants. However, although breastfeeding has consistently been considered the ideal form of infant feeding, this message has varied somewhat over time. For example, a glance at Canadian federal government publications over the past century demonstrates that the ideal length of exclusive breastfeeding has changed dramatically. In the 1920s, exclusive breastfeeding was recommended for nine months; in the 1950s, it was recommended for three months; and, at present, it is recommended for six months.

As a physician, MacMurchy promoted scientific and medical solutions to child and maternal welfare, and she encouraged women to turn to scientific experts for advice on childrearing. Over the past century, breastfeeding guidelines have consistently been backed by both the state and science. Yet, MacMurchy also cautioned women to be wary of physicians who might prematurely or incorrectly advise them to shift from breastfeeding to bottle-feeding. While, on the one hand, educational materials for mothers have consistently promoted breastfeeding, on the other, scientific knowledge, medical and hospital practices, and a lack of attention to the material conditions of women's lives have often undermined women's ability to successfully breastfeed. As well, throughout the twentieth century, the constancy of “the one best way” message has contrasted sharply with changes in actual breastfeeding patterns.

Choices about infant feeding have implications at both the individual level and the societal level. Consequently, over the twentieth century, physicians, nurses, midwives, government officials, social activists, international organizations, commercial formula manufacturers, psychologists, nutritionists, and, especially, mothers have all become involved in shaping breastfeeding policies and influencing trends in breastfeeding practices. Currently, policy on topics as diverse as early childhood development, nutrition and obesity, environmental sustainability, and childbirth practices emphasizes the importance of promoting breastfeeding. Breastfeeding continues to be inextricably linked with mothering and nutrition policy as well as with public health and health care system policy. Furthermore, it intersects with policy-making not only at provincial and federal levels but also at the international level through initiatives put forward by the World Health Organization and the United Nations.

What is often missing from current discussions about breastfeeding is any knowledge of the historical circumstances that have shaped the major debates and policies. In this book, we describe the history of breastfeeding in Canada from the late nineteenth century to the present, outlining trends in breastfeeding initiation and duration. We contextualize these patterns in relation to breastfeeding policies undertaken between the 1850s and 2000s. In our analysis, we synthesize data from a range of primary and secondary sources, including government reports, medical journals, health and social statistics, food and nutrition policy documents, archival sources, and interviews with policy-makers and advocates in the field of infant feeding. Our inquiry draws upon the disciplines of history, womens studies, anthropology, sociology, and health and social policy analysis.

Tasnim Nathoo completed her graduate studies in health care and epidemiology and social work at the University of British Columbia. She currently works in the areas of reproductive health, mental health and addictions, and social policy. Her research interests include health theory, integrated medicine, and the relationship between individual experience and broader social change.

Breastfeeding practices are relevant to every single one of our lives. Questions and debates as to "the one best way" to nourish babies have been heatedly discussed and contested over the years. To this day debates about the appropriateness, acceptability, and regulation of breastfeeding are still in the forefront of our daily lives. Given all of this historic and on-going controversy--and the undeniable reality that this topic will surely remain pertinent for many years to come--this book is both fascinating and timely. I thoroughly enjoyed reading it, and recommend this book to anyone from the casual reader with passing interest, to the avid intellectual engaged in the area of infant feeding.

Jessica
5.0 out of 5 stars A must have for Breastfeeding advocates in Canada.
Reviewed in Canada on July 20, 2015
Verified Purchase
I love this book - tremendously helpful to my work.
Read more
Report abuse
See all reviews
Back to top
Get to Know Us
Make Money with Us
Amazon Payment Products
Let Us Help You
EnglishChoose a language for shopping. United StatesChoose a country/region for shopping.
© 1996-2021, Amazon.com, Inc. or its affiliates