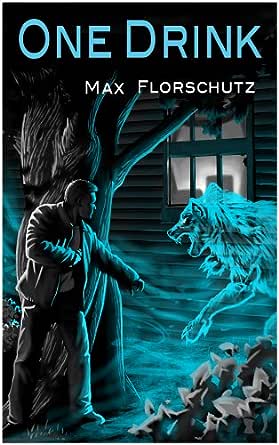 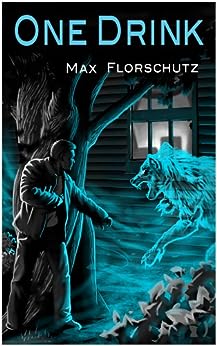 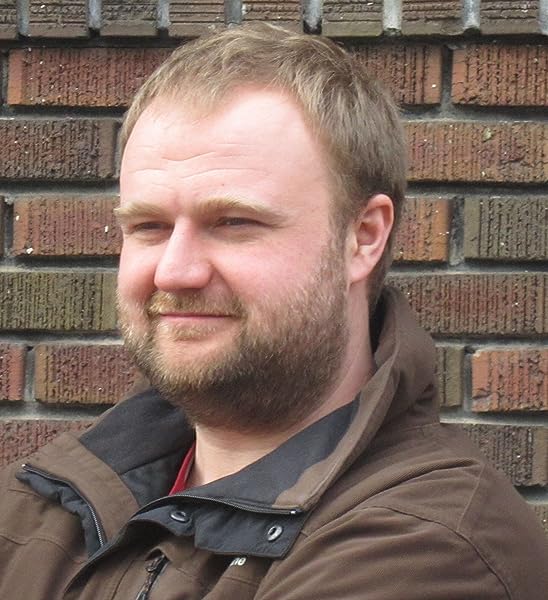 4.3 out of 5 stars
4.3 out of 5
48 global ratings
How are ratings calculated?
To calculate the overall star rating and percentage breakdown by star, we don’t use a simple average. Instead, our system considers things like how recent a review is and if the reviewer bought the item on Amazon. It also analyzes reviews to verify trustworthiness.
Top reviews

MadeupaginTop Contributor: Cooking
3.0 out of 5 stars Paranormal Investigations Can be Tricky
Reviewed in the United States on December 16, 2018
Verified Purchase
Short story about a paranormal investigator (licensed) hired to find what had attacked a man in his bedroom.

The family of the man has moved out of their isolated home while he man recovers from injuries and investigation is ongoing.

The case is trickier than first thought (why didn't he ask for more money?). A ghost werewolf, a young werewolf who has disappeared, and a banshee. Definitely tricky. Will the case be solved before anyone else can be injured?

This was a good book, which I would have given four stars to, except for the editing and typos.
Read more
Helpful
Report abuse

Collin
4.0 out of 5 stars A great read to start out with. It's only the beggining.
Reviewed in the United States on March 23, 2015
Verified Purchase
I won't lie to you, I have met the author and he is a great guy. On top of that I have read some other works Max has written and let me tell you, they are some great reads. So when I picked up One Drink, I had a slight idea of what I was getting myself into.

From his others works I have read, this definitely shows as among the first of his works. It was a quick story in which I completed within a days time, of course when it's me reading a story that is not hard to say. I opened the book and found myself emerged and unable to escape the pull. For quick paced stories, that only happens when the pacing is balanced and the story moving. For me it was like watching the blunder of Jupiter Acceding V.S. the satisfying film Seventh Son. The pacing though quick was balanced and fit the story well, much like the film Seventh Son (Which also happens to be about a Spook... how interesting... just not in modern times.) That's a good thing people, that's a good thing.

This story had something important happen on each page, and the mystery though obvious to solve by the first twenty five percent of the story, still had its pull.

So now, when you guys move onto his other stories, don't expect an easy solution to the mystery. This was a one time deal, and now you have to think and have fun with the rest of his stories.

Kindle Customer
5.0 out of 5 stars Over all it us a good book to read
Reviewed in the United States on January 10, 2019
Verified Purchase
I liked the book because it held my interest throughout the story and was light, delightful and easy reading with a twist of humor. The only drawback was the information on the paranormal societies the gentleman kept referring to. I would’ve enjoyed knowing a little more about them.
Read more
Helpful
Report abuse

Tristan G.
5.0 out of 5 stars Excellent Novelette
Reviewed in the United States on July 7, 2015
Verified Purchase
I really enjoyed this novelette! This is one that you can easily read in a single sitting.
"Dead Silver" was the first novel of Max Florschutz's that I read, and I enjoyed it, so I figured I would check this little precursor out, and I found it very satisfying. Especially after having some familiarity with the characters from the other novel, I was able to jump right into "One Drink", which flows quickly and excitingly.
The action sequences are well structured and gripping, giving just enough detail for the reader to comfortably follow the rush of action, while slower scenes are interesting and well-written to draw you through them without boring or confusing.
Overall, I would easily recommend this to someone wanting to find a new author.
Read more
Helpful
Report abuse

Kindle Customer
4.0 out of 5 stars Liked this story.
Reviewed in the United States on June 14, 2015
Verified Purchase
I was new to this author but I won't hesitate to pick up more from him. This was entertaining and I liked the story. Paranormal is intriguing to me and "One Drink" did not disappoint. I really liked the main character and his friend. The others were developed enough for the story, but their lack of full development is what helped keep the story short. I was fine with that. If you want a quick read with some twists and some paranormal in it, this is a great book.
Read more
One person found this helpful
Helpful
Report abuse

David V. Dearden
4.0 out of 5 stars Very nice first effort
Reviewed in the United States on April 11, 2013
Verified Purchase
The author has imagined a plausible world where magical forces operate alongside the more mundane things we are already used to, and has used that as the setting for a detective story. I found the combination of magic with the "hard boiled" detective to be quite interesting, even though I don't normally read either fantasy or detective stories. The characters, especially the protagonist, are well developed, and the plot held my interest; the story was believable given the normal suspension of disbelief needed for this genre. The book has a few typographical / grammatical flaws as are common in self-published material, but I have seen professionally-edited material that has more. Overall I really liked the story and would love to see more from this promising author. More stories set in this same world, with the "magic detective" premise, could be quite interesting.
Read more
One person found this helpful
Helpful
Report abuse

Keith A. Borgholthaus
4.0 out of 5 stars Short but fun
Reviewed in the United States on March 17, 2013
Verified Purchase
If you have read an urban fiction novel at any time, you have a good idea of what you are getting in to. The action is well written, and the plot moves quickly. This is a good idea since the book is only a few pages long. Each character you meet has a purpose, and everything moves to a conclusion. I admit, I was sort of hoping for a better twist ending, because the one shown was broadcast a little too well. If you are done with all of the Dresden files, and other urban fiction books, this one should catch your fancy. It is a good first book, and I look forward to other books by the author.
Read more
One person found this helpful
Helpful
Report abuse

Kindle Customer Dennis White
5.0 out of 5 stars Enjoyed!
Reviewed in the United States on October 22, 2018
Verified Purchase
Really enjoyed this book. Would certainly read more books by this author. The characters were interesting enough that it keep you readng.
Read more
Helpful
Report abuse
See all reviews