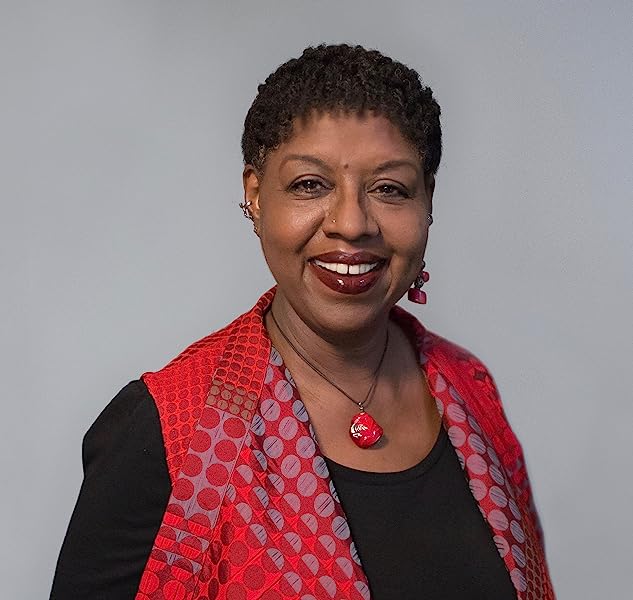 Gr 6 Up—In this innovative and powerful compendium, Grimes pairs original poems with classics from the Harlem Renaissance. In a brief historical note on the period, she acknowledges the significance of black artists giving voice to the experiences of black life and cites the continued relevance of the literature of the period in a society that, decades later, still struggles with racial identity and injustice. The author credits as inspiration the messages of hope, perseverance, survival, and positivity she finds in the work of poets like Countee Cullen, Georgia Douglas Johnson, and Langston Hughes, and she, too, explores these themes in her own poems. Furthermore, Grimes brilliantly uses the words of her literary predecessors to structure the book, employing the golden shovel, a form in which the words from selected lines or stanzas are borrowed, only to become the last words of each line in a new poem. The result is not only a beautiful homage to the Harlem Renaissance but also a moving reflection on the African American experience and the resilience of the human spirit: "The past is a ladder/that can help you/keep climbing." In addition, each pair of poems—each of Grimes's works follows the poem that inspired it—is accompanied by a full-color illustration by a prominent African American illustrator. Featured artists include Pat Cummings, E.B. Lewis, Christopher Myers, Brian Pinkney, and Javaka Steptoe, among others, and the back matter contains brief poet and illustrator biographies. VERDICT This unique and extraordinary volume is a first purchase for all middle school poetry collections.—Lauren Strohecker, McKinley Elementary School, Elkins Park, PA

"Timely and thought-provoking . . . Grimes' choice of form, the Golden Shovel poem, does the magic of weaving generations of black verbal artistry into a useful, thematic, golden thread. . . . This striking, passionate anthology reminds young readers and adult fans of poetry alike that while black life remains 'no crystal stair,' there remains reason to hope and a reserve of courage from which to draw." - starred review, Kirkus Reviews

"Innovative and powerful . . . a beautiful new homage to the Harlem Renaissance but also a moving reflection on the African American experience and the resilience of the human spirit." - starred review, School Library Journal

"Between the covers of this compact volume lies artistic, literary, sociocultural, and curricular gold . . . Mothers and elders exhort and reflect while young boys and girls plead and dream, reimagining the sorrows and dreams of the legendary wordsmiths into scenarios involving superheroes, bullies, peer pressure, poverty, and prom dates that young readers will relate to. This is simply essential for both personal and classroom collections." - starred review, BCCB

"[Grimes's] accessible verse and clear themes of self-acceptance and open-mindedness ring true. A work that should help adolescent readers find the courage and humor to grow into the individuals they already are." - Kirkus Reviews on PLANET MIDDLE SCHOOL

"Grimes explores the tension between individuality and gender-role conformity and takes on young adolescent concerns such as changing friendships, the shift in boy/girl relationships, and first crushes." - Horn Book Magazine on PLANET MIDDLE SCHOOL

"The vocabulary is rich, the characters well-drawn, and the scenes realistic. This is a serious but not too serious look at growing up from a master poet." - Library Media Connection on PLANET MIDDLE SCHOOL

"Readers will cringe, laugh, and most of all relate to [Joylin's] learning process as it is sensitively and sweetly depicted here. . . . Has broad appeal and solid curricular possibilities." - BCCB on PLANET MIDDLE SCHOOL

"Throughout the book are color illustrations by award winning illustrators, such as E.B. Lewis, Pat Cummings, and Christopher Myers, which complement the poetry." - School Library Connection

Nikki Grimes is the recipient of the 2006 NCTE Award for Excellence in Poetry for Children. Her distinguished works include ALA Notable book, What is Goodbye?, the novels Jazmin's Notebook, Dark Sons, and The Road to Paris (Coretta Scott King Author Honor Books). Creator of the popular Meet Danitra Brown, Ms. Grimes lives in Corona, California.
Read more

Start reading One Last Word: Wisdom from the Harlem Renaissance on your Kindle in under a minute.

4.7 out of 5 stars
4.7 out of 5
72 global ratings
How are ratings calculated?
To calculate the overall star rating and percentage breakdown by star, we don’t use a simple average. Instead, our system considers things like how recent a review is and if the reviewer bought the item on Amazon. It also analyzes reviews to verify trustworthiness.
Top reviews

Your response poems are beautiful, powerful. Each draws cords tight between our past and today. I can bring One Last Word to my students. They will get it.

Nikki Grimes, your poems encourage people to put their energy into words. I wish more adults were doing this for young people. I’m so glad I can point to you, your body of work and especially One Last Word as a way into art. I’m glad for the conversations we readers can begin with…Jamar and Dina, Helena and Damian, Tanisha and Josh. They are in our families....and in your pages.

Thank you for a short and sweet description of the golden shovel form, the Harlem Renaissance, and the preface. Today, we get so little time to teach history that short descriptions are welcome diving boards. Even the index is a text structure I will use with my library students...it’s a detail important in my world.
Finally, I am in awe of the graphics in this book and the bios of each artist that include ways to see more, learn more. Pathways to further learning are a gift. And, I must add that the artistic notebook line graphics between poems are an invitation to write our own truths. Genius!

Lauren Persons
5.0 out of 5 stars Hopefully not the last word...
Reviewed in the United States on August 23, 2018
Verified Purchase
As a teacher, I am always trying to find literature that is relatable to my students. "One Last Word" opened the dialogue, made my students think and got them believing that poetry is not so bad!
Read more
2 people found this helpful
Helpful
Comment Report abuse

Laurel
5.0 out of 5 stars A work of art
Reviewed in the United States on January 16, 2017
Verified Purchase
I love this book! Poet Nikki Grimes has chosen some amazing poems from the Harlem Renaissance and responded to each with a cleverly designed poem of her own, using a form called Golden Shovel. Fifteen African-American artists illustrate the poems. What a treasure this would be to a creative writing teacher! Thank you, Nikki Grimes, for being an inspiration.
Read more
5 people found this helpful
Helpful
Comment Report abuse

Laurie L H
5.0 out of 5 stars Timeless
Reviewed in the United States on June 16, 2020
Verified Purchase
Breathe in the words of the Harlem Renaissance, exhale the echoes of today — all combine to reflect the beauty of timeless hope despite the shadows or the ugliness in this temporary life.
Read more
Helpful
Comment Report abuse

atticus
4.0 out of 5 stars Great resource for teachers!
Reviewed in the United States on July 2, 2019
Verified Purchase
I ordered this book so I could let my students know about a lot of great black poets. There are diverse types of poems in here and short bios on the poets. If you love teaching poetry, this is a good resource to have in your class room.
Read more
Helpful
Comment Report abuse

ha
5.0 out of 5 stars A beautiful, splendid poetry
Reviewed in the United States on November 4, 2020
Verified Purchase
I didn't think poetry was enjoyable. Now that I read this book, I love poetry! These creative poems have impressed me. I became more interested in the chains of racism and the harsh slavery against the black people.
Read more
Helpful
Comment Report abuse

Sally Hunt
5.0 out of 5 stars Beautiful poetry
Reviewed in the United States on June 14, 2020
Verified Purchase
Such a beautiful book of poetry that I can share with my 1st grade class.
Read more
Helpful
Comment Report abuse
See all reviews

Page 1 of 1 Start overPage 1 of 1
This shopping feature will continue to load items when the Enter key is pressed. In order to navigate out of this carousel please use your heading shortcut key to navigate to the next or previous heading.
Back
Next
Pages with related products. See and discover other items: english word, harlem renaissance, the history of harlem, english poetry history books