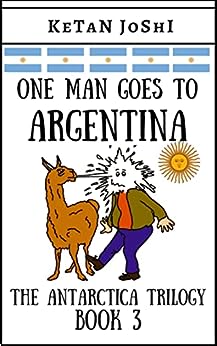 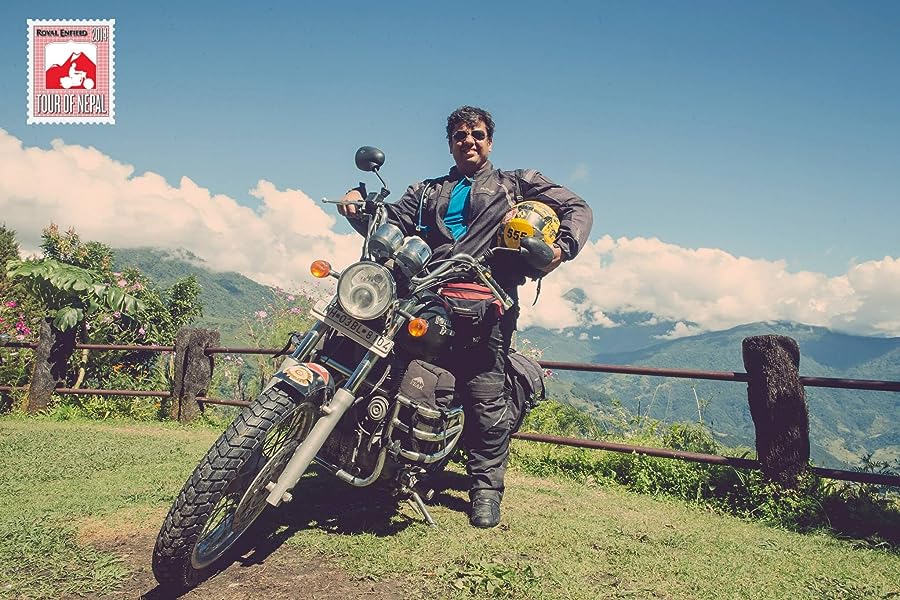 by Ketan Joshi (Author) Format: Kindle Edition
Book 3 of 3: One Man Goes to Antarctica
See all formats and editions
Sorry, there was a problem loading this page. Try again.

ONE MAN GOES TO ARGENTINA
I had just finished an awesome trip to ANTARCTICA! WOOHOO! Ice, penguins, seals, whales and all that kind of stuff! And now I was back on dry land - in Ushuaia, Argentina - the southernmost port in the world! And since I had travelled more than 15000 km to get here - it seemed a shame to go back immediately. So I decided to stay on and explore Argentina! WOOHOO!
The legendary Iguazu falls on the Brazil - Argentina border! The biggest falls in the world!
The amazing colours of the high Andes on the Chile- Argentina border!

And how better to explore the Andes mountains than on a motorbike? I hired a 250cc Honda Tornado, and set out to explore Salta and Jujuy on motorcycle! What a rush! The world's highest wine region, ancient Inca trails, amazing salt flats, incredible natural beauty - and llamas! This was the place where the Spanish conquistadores first entered the Rio Plata region and established a global Spanish empire - and this was also where the fierce Argentina war of Independence was first fought.

The colourful mountains are called the ‘Painter’s palette’ - as it is supposed to be cloth on which God wiped his hands after colouring the world. It was intoxicating to ride amidst so much beauty.

And of course, The wonderful city of Buenos Aires with its amazing architecture and history!

The most awesome exploration of Argentina!
BOOK 3 OF THE ANTARCTICA TRILOGY

Ketan Joshi is a biker, backpacker and travel writer.

He is the author of 20 books - including the ‘Three Men on Motorcycles’ series, the 'One Man Goes Backpacking' series, the ‘Antarctica trilogy’ - and other works of fiction and non-fiction.

Ketan has travelled to the Arctic and the Antarctic regions, to over 50 countries and to all 7 continents of the world.

He has bathed in the Antarctic and Arctic oceans (BRRR), trekked to Mt Everest base camp in Nepal, cycled the Konkan coast in India, scuba-dived in Indonesia, snorkelled in the Great Barrier Reef, jumped out of a plane in New Zealand and shark-cage dived in South Africa.

He has explored India extensively - on motorcycle, bicycle, public transport and on foot, and has motorbiked the Himalayas - the highest roads in the world.