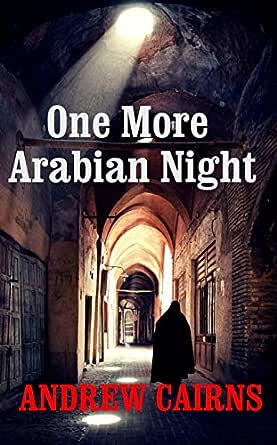 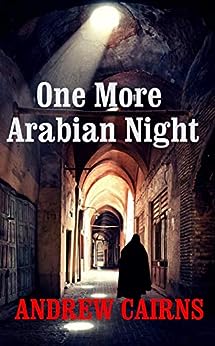 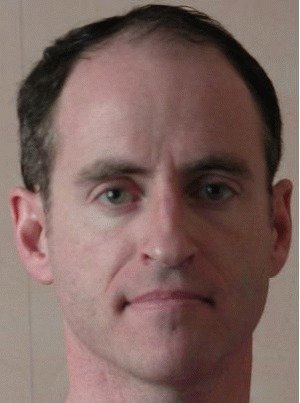 3.6 out of 5 stars
3.6 out of 5
7 global ratings
How are ratings calculated?
To calculate the overall star rating and percentage breakdown by star, we don’t use a simple average. Instead, our system considers things like how recent a review is and if the reviewer bought the item on Amazon. It also analyzes reviews to verify trustworthiness.
Top reviews

Josh Mauthe
2.0 out of 5 stars Solid first-person narration can't make up for tonal problems and truly weak female characters
Reviewed in the United States on August 18, 2019
Andrew Cairns’s One More Arabian Night is his follow-up/sequel to his first novel, The Witch’s List, which I also reviewed. And while I normally try to say that you have to review a book based off of its own merits and not compare it to something else, I can’t help but think about that previous novel a lot here, because everything that made Witch’s List both good and bad is here all over again, but maybe more so.

Solid first-person narration that gives you a nice sense of the main character? Check. Credit where it’s due: Cairns’s narration works, giving you a sense of being told a story by someone and giving you a nice sense of who that person really is. Dodging the normal awkward dialogue of many fledgling writers, Cairns’s protagonist - a man adrift after the realizations of the previous book and looking for love - is nicely sketched through his voice.

A bit meandering and unsure of what kind of book it wants to be? Double check. Just as The Witch’s List felt largely like a coming-of-age/growing up tale that randomly would dip its toes into horror, One More Arabian Night similarly drifts between a few love stories and bizarre tales of the supernatural. After all, this is a book that begins with an acid-fueled supernatural revenge killing…which is never revisited or mentioned again, and almost feels irrelevant to the story. And while One More Arabian Night includes these dips into the supernatural a little more often than The Witch’s List, they still feel like they don’t quite belong in the book we get - like we either need MORE of them, or LESS. As it is, the book feels odd, stuck between the story of a man finding love with multiple wives (more on that in a moment) and a strange tale of witches and folklore.

Does all of that, once again, leave you with a book whose goals you’re not sure of even when you’ve finished? A final check indeed.

But the other big issue is our hero’s dealings with women, which have gone from charming to naive and then to kind of gross as the series has gone along. In The Witch’s List, Sandy’s lusting over women from other country’s was a little more understandable, coming from the young man that he was. But over the course of One More Arabian Night, one gets the vibe that the main reason Cairns has Sandy convert to Islam is less about his faith and more out of the excuse to marry multiple women (and lust after plenty more, contemplating adding them all to his harem). That doesn’t even get into the way that every single female character worships him on every level, being unable to exist without him and constantly longing for his presence. There’s not much about Sandy that seems to inspire that devotion, and it all ends up coming out a little skeezy and off-putting.

Could Cairns be working to undermine Sandy and point out that the way he keeps treating women like objects might be causing his own issues? Maybe…but that’s not the vibe One More Arabian Night gives out, from that opening sequence to the polygamy plot thread. What was understandable, if not laudable, when Sandy was young becomes less so as he gets older, and the way the book around him seems to encourage him without realizing the unpleasantness of it all makes for a read that I can’t wholeheartedly recommend. I still think Cairns has some talent, but between the sense that this book doesn’t quite know what it wants to be and the issues with the women characters, One More Arabian Night still isn’t the solid book that I think he’ll give us some day.
Read more
Helpful
Comment Report abuse

L. Evans
3.0 out of 5 stars Fast Moving Paranormal
Reviewed in the United States on May 20, 2019
1 More Arabian Night is a paranormal novel that kicks it into high gear from the get-go. Sandy wants to exact revenge on his ex-wife, and things start to get really strange right off. After finding his friend murdered, and strange goons tailing him, he manages to elude them by slipping inside a mosque and hiding amongst the people there. He finds peace, a job, and a relationship with Hurriya, but his troubles are not over as evil things seem to stalk his every move.
While the story gets going right off, it moved a little bit fast for my taste. I like to know some basic things, who, what, when, where, why, how, within the first page, and a few pages in, I was still wondering what was really going on. Perhaps that was the author’s intent, and may not bother other readers, but I felt like I was in a cloud for a while.
Adult Readers who enjoy paranormal with some adult situations and don’t mind frequent mentions of drug use would enjoy this book. Not recommended for young people, due to the previously mentioned things.
Read more
Helpful
Comment Report abuse

Kayla Krantz
4.0 out of 5 stars Fast Paced Horror
Reviewed in the United States on June 14, 2019
From the very first page, we’re whisked on a journey as Sandy tries to get revenge on his ex-wife. After his friend turns up dead, he realizes that he’s being followed and does what he has to do to lose his pursuers. Finding shelter in a mosque, his life takes a whole new direction.

This is a very fast paced story, filled with mystery and suspense. My only qualm with it is that the characters felt as if they could’ve used more development. There was a lot of focus on the plot and the characters seemed a little under-developed in comparison. The settings, however, were beautifully described.

All in all, an interesting little paranormal horror.

I received a free copy for my honest review.
Read more
One person found this helpful
Helpful
Comment Report abuse

William Collins- Author of the Realmers Series
3.0 out of 5 stars Fast Paced
Reviewed in the United States on June 12, 2019
One More Arabian Night: Book II in The Witch's List Trilogy is a paranormal fantasy/horror novel and proved to be a gripping read.

From the title, I thought the book would’ve been based on the Arabian Night stories, such as the infamous Aladdin, but that wasn't the case. The story follows one Sandy Beech and the danger he suddenly finds himself in when he returns home. Murder and mystery abound in this fast-paced novel which will hold your attention. Unfortunately, the main character Sandy wasn’t a very likeable protagonist and actively selfish at times, not caring how he’d hurt other people; like with the whole 4 wives deal.

The writing and editing could’ve done with some fine tuning, but it did pick up and get better as it went along.
Read more
Helpful
Comment Report abuse

Elena Leman
4.0 out of 5 stars Magical Journey Through Morocco
Reviewed in the United States on July 7, 2019
At first, I wasn’t sure if I would like this novel. The protagonist, Sandy Beech (yup, that’s his name), is a bit of an ass, getting his friends and women in his life into a lot of trouble. He’s a selfish guy but redeems himself often by acts of kindness.

The plot is fast-paced and takes you on a journey through various intriguing places. That was the part that I absolutely loved about the book—getting to know through Sandy’s eyes Amsterdam, Paris, and the exotic landscapes and culture of Morocco. The other big plus is the magical realism, often connected to Moroccan folklore and beliefs. I smiled to myself quite often while reading the book as Sandy gets himself in all sorts of ridiculous situations.

On the whole, I enjoyed the novel and if you struggle through the very first pages, read on, it gets better.
Read more
One person found this helpful
Helpful
Comment Report abuse

Fabian Gonzales
5.0 out of 5 stars If you like this type of story great read
Reviewed in the United States on February 12, 2020
The protagonist was rough but that was his character. Good read.
Read more
Helpful
Comment Report abuse
See all reviews