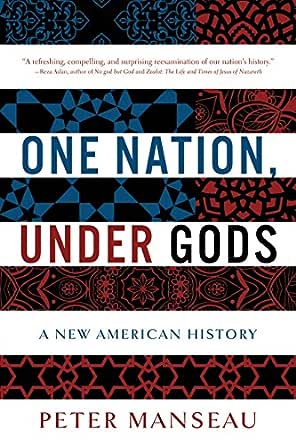 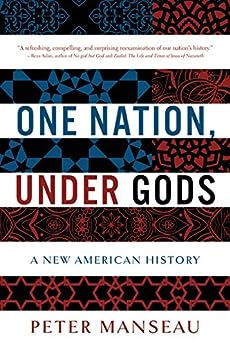 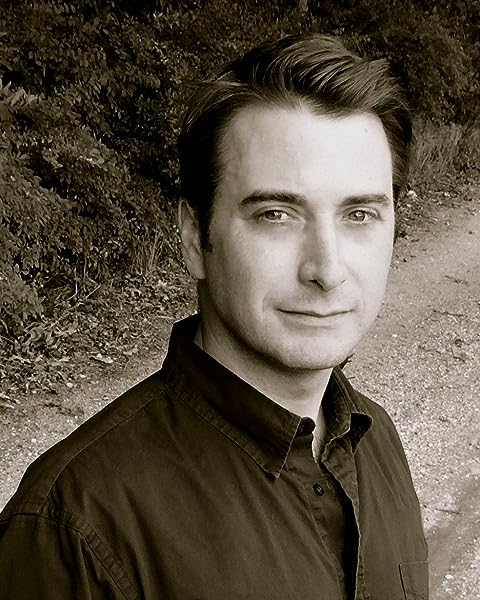 One Nation, Under Gods: A New American History Kindle Edition

Praise for ONE NATION, UNDER GODS

"Subversive and much-needed...[a] tour de force. A thorough reimagining of our nation's religions.... Engagingly written, with a historian's eye for detail and a novelist's sense of character and timing, this history from another perspective reexamines familiar tales and introduces fascinating counternarratives."―Publishers Weekly (starred review)

"The United States is arguably the most religiously diverse nation in the world. Peter Manseau shows how this has always been the case. One Nation, Under Gods is a refreshing, compelling, and surprising reexamination of our nation's history that puts lie to the oft-quoted idea that America was founded as 'a Christian nation.'"―Reza Aslan, author of No god but God and Zealot: The Life and Times of Jesus of Nazareth

"Accessible and insightful prose... A richer, more complex, and compelling viewpoint that is reminiscent of Howard Zinn's People's History of the United States... This significant and timely work is important for those who wish to understand the complete and diverse landscape of religious history in America--but even more valuable for those who don't."―Erin Entrada Kelly, Library Journal (starred review)

"What the author endeavors to do here--and does so with deep-running stories told with verve and dash--is to square that narrative with a religious syncretism that provides a more colorful, distinct, eccentric, not to mention truthful, historical record.... An eye-opener. After reading Manseau, readers will see the influences he writes about not only dot, but shape, the landscape."
―Kirkus

"With a novelist's verve and a historian's precision, Manseau deftly guides us through a cacophonous religious landscape, studded with encounters so unexpected and bizarre that they could be the stuff of speculative fiction.... Manseau's book likewise represents a remarkable gathering of American spiritual voices. Much more than a simple catalogue of diversity, One Nation, Under Gods is a stunning history of religious cross-pollination."―Tanya Erzen, Bookforum

"With tales of secret faiths, false tolerance and quiet yet formidable dissent, each chapter is a window onto lives that were lived on the margin of Christian narratives. And along with a few intriguing statistics, like the fact that 20 percent of Africans in the early colonies were Muslim, and that most of the colonists didn't bother to go to church, they shine a light on history's finer strands.... [A] lively, refreshing account."
―Damaris Colhoun, New York Times Book Review

"Here at last is the rest of the American story, in one great kaleidoscope of a book. Peter Manseau has revealed the many too often obscured by 'one nation.' The truth is so much more vast and strange and funny and fascinating than that, and Manseau, a brilliant writer of great wit, curiosity, and learning, is the perfect guide."
―Jeff Sharlet, author of The Family

"An unusual work of history... A series of isolated snapshots, each chapter telling the story of a person considered a heretic, blasphemer, atheist or heathen, who nevertheless helped in some way to shape the course of American history."
―Laura Miller, Salon --This text refers to the paperback edition.

Peter Manseau holds a doctorate in religion from Georgetown University and currently serves as the first-ever Curator of American Religious History at the Smithsonian. He is the author of Rag and Bone, Songs for the Butcher's Daughter, and Vows. He lives in Annapolis, Maryland.
--This text refers to the paperback edition.