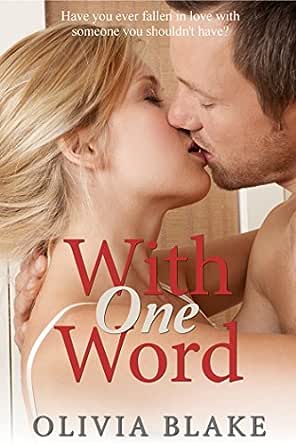 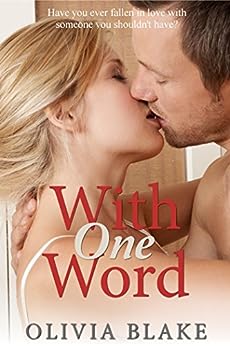 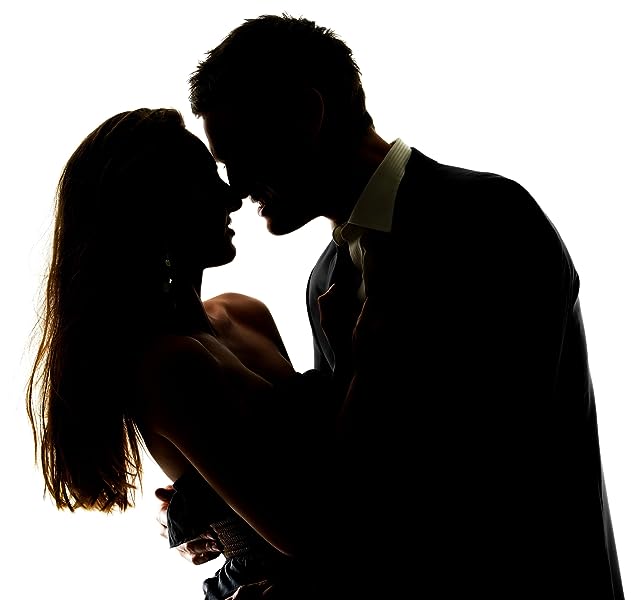 With One Word Kindle Edition

Olivia Blake is the romance alter-ego of erotica author Kelli Wolfe. I love reading romances - contemporary, paranormal, Regency, you name it. If you've read any of my work as Kelli Wolfe, you know that a lot of my stories already tended to have strong romantic elements. So I decided to give writing real romances a whirl and found that I really enjoy it. You can keep up with my writing on my author blog at http://oliviablakeauthor.wordpress.com, and be sure to sign up for my newsletter so you don’t miss any new releases. --This text refers to an out of print or unavailable edition of this title.

4.2 out of 5 stars
4.2 out of 5
46 customer ratings
How does Amazon calculate star ratings?
Amazon calculates a product’s star ratings based on a machine learned model instead of a raw data average. The model takes into account factors including the age of a rating, whether the ratings are from verified purchasers, and factors that establish reviewer trustworthiness.
Top reviews

karen williamson
5.0 out of 5 stars Best story I've read
Reviewed in the United States on December 19, 2016
Verified Purchase
I can relate to this story. I was molested and treated poorly and then found my Prince and then I lost him 5 years ago. I loved this story. I shed tears because it hit home. I can't wait to read about Willow.
Read more
One person found this helpful
Helpful
Comment Report abuse

Silla
4.0 out of 5 stars So good...
Reviewed in the United States on January 6, 2017
Verified Purchase
I loved this story that I read it in one sitting. How Holly protected her sister Willow in an abusive situation. How she managed to find love and acceptance with someone who had always been there.
Read more
One person found this helpful
Helpful
Comment Report abuse

katrina millings
4.0 out of 5 stars I really enjoyed this book
Reviewed in the United States on December 25, 2015
Verified Purchase
I really enjoyed this book. Holly goes through so much, putting her life on hold in order to protect her little sister. You can't help but hope she'll finally find some peace and happiness with the right guy who will want and love her for the right reasons.
Read more
2 people found this helpful
Helpful
Comment Report abuse

Kindle Customer
4.0 out of 5 stars Beautiful
Reviewed in the United States on March 22, 2016
First, let me say that older-man-younger-woman romance is my personal catnip, so the 22-year age difference was right up my alley. Even if that's normally something you might shy away from, though, you should know that Holly has been through so much in her life that she's not at all your typical 20 year old.
This book touches on abuse, coercion, and sexual misconduct so if these are triggers for you, be warned that this is probably not for you. The abuse, especially, plays a big role.
I absolutely hated how the town treated Holly and Willow and think that may have been a little over the top. Realistically, the entire town wouldn't label them whores just because their mother was one. A group of people might do that, but not the entire town. I think it worked, though, because it demonstrated how much Holly's mother's choices damaged her children. It showed just how hard Holly's life was and how she couldn't escape her terrible home life no matter where she went.
Without talking too much about their individual characteristics, I'll tell you that Holly and Grant were both great characters and they made a great couple. Their relationship just made sense - there was nothing forced about it, it seemed almost organic. It made sense that she would have developed a teenage crush on the only positive male in her life. It makes sense that his continued kindness and support as an adult made her feelings mature. It makes sense that Grant didn't look at her as anything but his daughter's best friend until someone pointed out to him the fact that she was grown up now. Growing up happens over time and since he saw her frequently, he didn't notice. It makes sense that someone pointing it out to him made him take a second look and that all of the characteristics he loved about her growing up were now wrapped up in an adult package. It makes sense that they're able to build on a foundation of genuine appreciation for who the other person is. It just makes sense.
This book was really beautiful.
Read more
6 people found this helpful
Helpful
Comment Report abuse

angela
5.0 out of 5 stars unique read!!
Reviewed in the United States on January 25, 2016
This is a fast paced romance with abuse. This is a stand alone read, but I feel there is more to come from these characters. I recommend this for adults only. This is the first book I have read by the author, and I was surprised at how much I was fascinated with the story, I started it late in the evening and couldn't put it down till the last page was read. Holly is such a strong character and I was so glad when she finally allowed her voice to be heard. But I still have a hard time understanding how or why she would allow things to happen the way they did. And at the end she so easily let things go, I wanted more to happen for the sisters. And seriously... who would try to hook up their dad with a much younger woman? Yes very unexpected, a roller coaster read, you will not be able to put it down.

Holly and Willow are sisters, they protect each other. They have not had an easy life, their mother has other priories that always come before them. Holly has plans to leave town just as soon as Willow graduates, they will make a new life for themselves. Only life seems to happen unexpectedly and Holly is always having to pull from her savings. Can she ever catch a break? Fortunately she has reunited with her best friend Trish's father Grant. He has been a light in her dark days. Only thing is he makes her broken heart beat... out of her chest.

favorite passages:
"Murmuring a little prayer, I eased on the gas when the light turned green, and the car lurched forward like a drunk staggering towards the bar."
"Deep blue eyes like sapphires flecked with steel regarded me with evident relief, while he ran a hand through thick, dark brown hair only a couple of shade lighter than black."
"Butterflies swarmed in my tummy at the possessive way he said that, like he wanted me and intended to keep me."
"With the dignity of a queen, she made it appear as though their insults rolled right off of her."
"A host of athletes from most of the main sports team at school moved among them, sizing them up and isolating them like lions culling the weakest from a heard of gazelles."
"My blood sang in my ears-was it from the thrill of the rollercoaster, or was it because of him?"
"I was afraid that my carriage would turn into a pumpkin and that I would turn back into the poor, unwanted drudge before I had a chance to make it to the ball."
"It was the purest insanity."
"It was going to take a will of iron not to be the Man of Steel every time I looked at her."
"Deep blue eyes stared down into my soul."
Read more
One person found this helpful
Helpful
Comment Report abuse

Happy reader
5.0 out of 5 stars A definite five star read.
Reviewed in the United States on January 20, 2016
This book give us a glimpse in the life of some that are teased or bullied at schools everywhere. It shows us to look past the I outer shell of someone to see what is inside. Holy is an amazing strong woman who deals with abuse at home staying there through it all to make sure her sister is left alone by her mom and her boyfriend and is able to eat. She takes the abuse so willow doesn't have to. She's graduated from a school of bullies but still deals with them around town. She is deceived by someone who she thought could be her boyfriend and through it all is her best friend's dad Grant. She has had a crush on him for a few years now. Can they overcome the abusers, the bullies, and their own reservations to have that happy ending? VERY well written. Emotional and romantic this book will have you on the first page and not let you go.

I was given this e-book by the publisher for the purpose of an honest review. My conclusions are my own. I was not compensated in any way.
Read more
One person found this helpful
Helpful
Comment Report abuse
See all reviews from the United States

G & A
5.0 out of 5 stars Loved it.
Reviewed in the United Kingdom on September 21, 2016
Verified Purchase
I really enjoyed this story. I really felt for Holly & Willow.
I'm glad Holly got her happy ending with the man she loves.
It's a pity that the mother wasn't picked up by the police for the cruelty
she put on her children. That Ray was a piece of work, and deserved to be
put in prison with the mother also.
The picture of the guy on the front cover surely isn't Grant, as he is 42, and this
guy looks more Holly's age.
Read more
Helpful
Sending feedback...
Thank you for your feedback.
Sorry, we failed to record your vote. Please try again
Report abuse