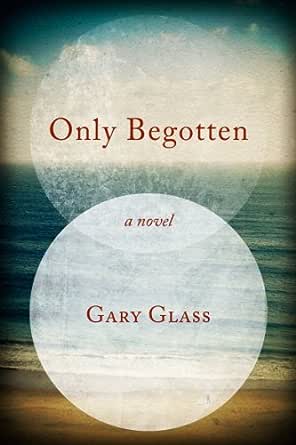 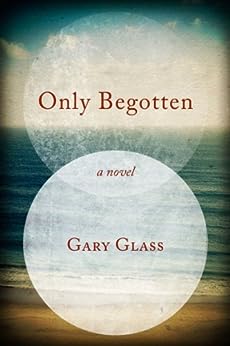 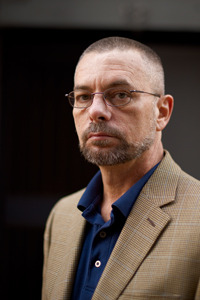 Mike Croghan
5.0 out of 5 stars A portrait of Jesus, our brother
Reviewed in the United States on December 28, 2013
Only Begotten is a retelling of the final years of the life of Jesus - roughly the same period of time that's recounted in the canonical Gospels. So you could call it the Gospel According to Gary Glass.

It was a great read. Hard to put down, a real page-turner, and the short chapters beloved of (among others) Da Vinci Code fans. I wasn't surprised to enjoy it.

What did surprise me, though (as someone whose worldview at the time I first read it was sincerely Christian), was that overall, I was happy with the picture of Jesus that Gary paints. I wasn't sure whether I'd be put off by the author's point of view, and as I read, the worldview that came through from the pages was something like this:

- Start by accepting the world as it is, life as it is, and people as they are.

- Trust reason and something like common sense as your guides to doing the right thing in this clearly-seen world with these OK-just-as-they-are people.

- Faith and religious practice might possibly be helpful if they operate within this framework, but chances are that they'll only distract or mislead you.

Given that point of view in the text, and my own Christian mindset, what I didn't expect was that I'd like it! (Mostly.)

Gary's Jesus at the beginning of the story is a grieving recent widower. Not just grieving - wrecked. The loss of his beloved Anna has drained Jesus of almost everything he had or was. Almost - but not quite everything. He still has his sense of loss, and it still consumes him. After a short sojourn with his cousin John the Baptist and his disciples, Jesus enters the wilderness. Reduced to nothing but basic need - food when starving, water when dying of thirst, sleep when too exhausted to remain awake - Jesus has an experience of awakening, not while sitting under a tree like that other well-known awakened one, but while wading in the Dead Sea. He returns to civilization a changed man, begins (quite against his will) to accumulate disciples, has many adventures with them, and, in the end...well, I won't give it away, but he doesn't sail away with a pregnant Magdalene to found the Merovingian line of French kings.

So is this a story of Jesus the Buddha? Not quite, and this is where I was surprised. Like the Buddha, this Jesus has been utterly transformed by an experience of awakening - but this is still recognizably the Jesus of the canonical Gospels. This Jesus is a healer and an exorcist. This Jesus is a fearless practitioner of radical hospitality, friend and lover of tax collectors and prostitutes. He's a teacher in parables and a sayer of hard sayings that seem to glorify himself. He's a people person who would often give anything to escape the crowds (if he had anything to give). This Jesus sends his followers out to heal and teach and exorcise. This Jesus is a forgiver of sins.

In other words, pretty much like the Jesus of the Gospels. The difference is that, in Gary's story, all of this stems from Jesus' emptying of himself, and his awakening to a worldview much like the one I outline above: accept life as it is, accept people as they are, use common sense and reason from there. This Jesus isn't so much a theist (he does talk of God's kingdom, but never calls God "Father") as a pantheist, or perhaps a panentheist. Or perhaps he's just comfortable with mystery when it comes to these questions. A late conversation with his brother, James, is priceless:

— No! It’s there. Something very good.

— Not the God you’re looking for.

— There is only one God.

Jesus tapped James on the chest.

— I don’t understand how you can call this God.

— How do you know this, brother? Didn’t we both grow up in Nazareth sons of Joseph and Mary? How can you sit here now and tell me with such authority that all that we learned at our father’s knee was idolatry?

— It wasn’t idolatry then. It became idolatry when I began to see.

James was transfixed by his brother’s eyes. Jesus looked at him completely without fear — with no reservations — nothing held back. His eyes were full of sorrow and full of innocence at once. His gaze was absolutely accepting and utterly uncompromising. Tears came into James’s eyes. He didn’t even know why. He never had seen such fearlessness in any man. It was astonishing and wonderful.

If I have a quibble with this Jesus, it's that his philosophy - so clear to him as to be invisible (he constantly denies that he has anything to teach) - doesn't quite make complete sense to me. The key, for this Jesus, seems to be to accept both the world, and each person in it, as they are. Yet, Jesus himself has changed utterly in the course of his life. I think Jesus would say that he didn't actually change - he just became who he really was - but how does one tell the difference? Jesus heals Jonas the demoniac and Caleb, a man with an unclean skin disease - among others. He gives brutal tongue-lashings to those who act out of unthinking prejudice or selfishness. Why didn't he accept all of these people as they were? I don't disagree with Jesus' actions - like I said, I like this Jesus - but I'm not sure I buy that the universe is quite as simple as he makes it out to be. It didn't seem to me that Jesus, in this story, was faced with any really interesting ethical dilemmas. Consider this exchange between Jesus and his disciples James and John, the sons of Zebedee:

— Teacher, if this is how it is, then what is prayer? If God is in me and I in God, who is praying to who?

— That is a subtle question, James, my friend! Now look if God is in you and you are in God, and God is in me and I am in God, then when you and I speak to each other, who is speaking to who?

— Don’t you see that this too is just the way the world is made to be? Whether we question or accept, pray or keep silent, contend or embrace, deny or affirm — we are in all things expressing God’s creation. We are always in the will of God. It is impossible to deviate from the way things are.

— Then why shouldn’t I turn to thieving and whoring and drinking and gambling?

— Wouldn’t you miss your wife and sons and daughters?

— That life does not appeal to me. I am living the life that is given to me.

— Does it appeal to you?

OK, but what if a life of thieving did appeal to Jesus? Would that then be acceptable? As long as that was who he truly was? Somehow I find this unlikely, in light of the compassionate, just Jesus portrayed elsewhere in the story. I think, in the end, that this Jesus would agree with the Jesus of the Gospels and the Buddha of the Sutras - not everything about us ought to be accepted. Some aspects of us - those that cause us in our greed or selfishness or anger to ignore the well-being of our fellow creatures - ought to be named sin or poison, and transformed.

In the end, I found Only Begotten to be a touching portrayal of a very human Jesus. A Jesus who, through suffering and awakening, became a man whose fearlessness and clarity and fullness of life were nearly impossible to resist. It's a portrait of a Jesus who is just like each of us, yet unlike any of us. A Jesus who is our brother, our healer, our teacher despite himself. Thanks, Gary, for this portrait.
Read more
3 people found this helpful
Helpful
Report abuse
See all reviews