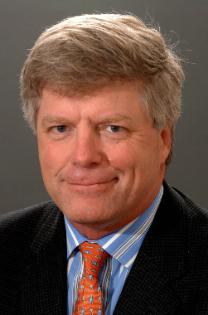 Only Humans Need Apply: Winners and Losers in the Age of Smart Machines Hardcover – May 24, 2016

A fine call to action in the face of uncertainty. (Financial Times)

The world the authors describe may be unsettling, but it is a world that we would all recognize and will likely live to see. (Wall Street Journal)

This badly needed and well-researched book makes a convincing and inspiring case that the challenges ahead could be a catalyst to help us achieve far more of our potential and, in the process, become much more human. It is a powerful call to action and provides a roadmap that we ignore at our peril. It’s not enough to read this book; we need to act on it, now! (John Hagel, Chairman of the Deloitte Center for the Edge)

The winners in the analytics revolution won’t simply replace human decision-making, they will augment it. The essential guide to this management revolution is Davenport and Kirby’s remarkable new book. (Erik Brynjolfsson, Professor at MIT and co-author of The Second Machine Age)

Individual knowledge workers, corporate executives, and government leaders all need to read this book. Smart machines are going to change our work and our lives, and the sooner we begin to augment their capabilities, the more successful our economy will be. Davenport and Kirby are correct: people will augment these tools, rather than be automated by them. The sooner you learn about augmentation, the more successful you’ll be in the labor markets of the future. (Manoj Saxena, Former General Manager, IBM Watson)

An invigorating, thought-provoking, and positive look at the rise of automation that explores how professionals across industries can find sustainable careers in the near future

Nearly half of all working Americans risk losing their jobs because of technology. It’s not only blue-collar jobs at stake. Millions of educated “knowledge” workers—journalists, lawyers, doctors, marketers—are threatened by accelerating advances in artificial intelligence.

The industrial revolution shifted workers from farms to factories. In the first era of automation, machines relieved humans of manually exhausting work. Today Era Two of automation continues to wash across the entire services-based economy, replacing jobs in agriculture and manufacturing. Now Era Three, the rise of “cognitive computing,” is dawning. Smart computers are demonstrating they are capable of making better decisions than humans. Brilliant technologies can now learn, predict, decide, and even comprehend much faster and more accurately than the human brain, and their progress is accelerating. Where will this leave financial advisors, scientists, teachers, and other professionals?

In Only Humans Need Apply, Thomas H. Davenport and Julia Kirby reframe the conversation about automation, arguing that the future of increased productivity and business success isn’t either human or machine. It’s both. The key is augmentation, utilizing technology to help humans work better, smarter, and faster. Instead of viewing these machines as competitive interlopers, we must see them as partners and collaborators in creative problem solving as we move into the next era. The choice is ours.

Thomas H. Davenport is the President’s Distinguished Professor in Management and Information Technology at Babson College, the cofounder of the International Institute for Analytics, a fellow of the MIT Initiative on the Digital Economy, and a senior advisor to Deloitte Analytics. He teaches analytics and big data in executive programs at Babson, Harvard Business School, MIT Sloan School, and Boston University, and is the author or coauthor of seventeen books.

Julia Kirby is a senior editor at Harvard University Press and a contributing editor for Harvard Business Review. She is the coauthor of Standing on the Sun: How the Explosion of Capitalism Abroad Will Change Business Everywhere.

Page 1 of 1 Start overPage 1 of 1
This shopping feature will continue to load items when the Enter key is pressed. In order to navigate out of this carousel please use your heading shortcut key to navigate to the next or previous heading.
Back
Next
Pages with related products. See and discover other items: machine shop, enterprise resource planning systems, artificial intelligence, outline maps of the world, Explore smartphone supports for cars