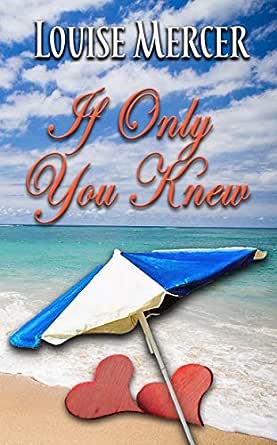 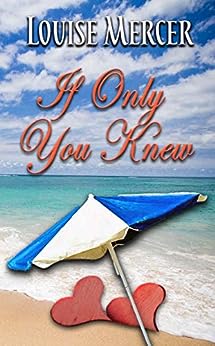 If Only You Knew Kindle Edition

Emily Pennington
TOP 500 REVIEWER
5.0 out of 5 stars Making a Go of It
Reviewed in the United States on August 13, 2020
At the death of her godmother, Jemima, Laura finds herself inheriting a lovely seaside B&B. Her Aunt Maria, who owned a B&B in a neighboring town, showed her around and took her out back to an Annex where Laura would live. The B&B, as Maria explained, is a huge money-maker and all of the rooms would be occupied continuously in-season.

As Maria opened the door to leave, a small curly-haired dog flew out from the kitchen and scrambled at their feet for attention. The dog was a 2-year-old cockapoo named Bronte who, if she agreed, would be living with her in the Annex. As she went to meet with the lawyer, she took Bronte with her since Maria said Amy would keep him with her in the post office while they settled the estate business. Then the ladies went to the beer garden to celebrate Laura’s new B&B business. She saw a tall man holding a kitten, but Amy said he was rude. He was the local vet, Lucas Chamberlain. As everyone stood up ready to get back to work, a duck waddled under their table and Bronte pulled away and gave chase. He knocked over chairs everywhere he ran, eventually running into the vet and his kitten. Laura had to get down on the ground to get the kitten out from under the summer house while listening to the vet’s snarky rude comments – until she threatened to leave the kitten right where it was if he said another word!

Later as she walked Bronte on the beach, a man with a golden retriever walked toward her. She recognized the grumpy vet! When Bronte ran off chasing the other dog, she once again had no control over him and the vet told her all about her shortcomings! But she had enough and snapped back at him, then stormed off for home. Only problem was that she couldn’t get him out of her dreams that night!

There were so many other things going on in this story, including Leon her ex who came sniffing around when he found out about her inheritance. The ongoing battle with the grumpy vet also keeps Laura on her toes! Grab your copy of her story and find out if her B&B is the success she is expecting, whether Bronte ever learns to listen to her, whether she can get Leon to go “re-live his youth” elsewhere, and if the vet can ever stop bristling at her and perhaps take her to dinner! This is a fun book you will want read. There’s always something going on!
Read more
Helpful
Report abuse

razee
5.0 out of 5 stars If Only You Knew
Reviewed in the United States on August 11, 2020
I enjoyed this story immensely. I felt like I was part of the town that Laura moved to when she inherited her godmother Jemima’s B&B. She had no idea how to run the B&B but with the help of Amy, who became her fast fun loving quirky friend, she mastered it in no time. She also found she also inherited Bronte, Jemima’s dog. As Amy and Laura went to The Goose to celebrate, disaster struck as Bronte saw a kitten and unexpectedly took off after it pulling the leash away from Laura causing a very angry vet who was delivering the kitten. She took an instant dislike for the rude vet but could she get past that and become his friend. The story was lighthearted moments as well as moments where you wanted to know who was vandalizing the B&B. I could say so much more but where do I draw the line. This was the first book I read from this author but would definitely read more from her. I received a free copy of this book from Booksprout and this is my honest review.
Read more
Helpful
Report abuse

Kumotteiru
VINE VOICE
4.0 out of 5 stars A remarkable inheritance
Reviewed in the United States on August 18, 2020
Laura inherits a B&B from her godmother in an idyllic small coastal town in the UK. She also inherits a small dog,with its own character.Looking after the guests and the dog had just begun to be a routine, when a severe storm brings a seriously injured sailor to her doorstep and she and the local veterinary need to save his life. Not enough excitement? Her ex returns to make her life more than miserable.
A really nice small town story, with a touch of romance, a touch of cozy mystery and a bunch of interesting characters. A really entertaining story.
I received a free copy of this book via Booksprout and am voluntarily leaving a review.
Read more
Helpful
Report abuse

buzymomof2
5.0 out of 5 stars If Only You Knew
Reviewed in the United States on August 18, 2020
A new author for me and I'll definitely be reading more of her work. The story line is captivating and holds your attention from start to finish. The characters are amazing and well developed and the dog is just as fantastic. A nice small town romance to captivate you on your summer evenings while you're curled up in your favorite reading spot.

Jeanne Richardson
5.0 out of 5 stars Great Book
Reviewed in the United States on August 23, 2020
This is the 1st book I've read written by Louise Mercer; she has done a great job at writing a good book; I can’t wait to read more of her books.

t
4.0 out of 5 stars enjoyable read
Reviewed in the United States on August 26, 2020
Very well written story that pulls you in. This a easy read with some intense issues, like the vandalism, and the ex throws in some complications, I look forward to more book by this author

Molly G. Hamblin
4.0 out of 5 stars Unexpected
Reviewed in the United States on August 13, 2020
A considerate godmother; a vengeful ex set on destroying ehat she would not share; unexpected friendships and new romance

Amazon Customer
5.0 out of 5 stars Cosy bedtime reading!
Reviewed in the United Kingdom on December 13, 2020
Verified Purchase
This isn't the type of book I would normally read, but I really enjoyed it. I read a few pages to my partner and then a chapter or two became our bed-time story each night! It is calm and soothing with a few good chuckles, just what you need before sleep. It is a fairly light and non-demanding romance, but it still managed to spring a surprise or two which we didn't anticipate.
We've tried other authors, like Marian Keyes, to find another book which does the same job but nothing seems to match Louise Mercer!
I'm just ordering another copy now for my mum for Christmas!
Read more
Report abuse

"approachingdarknessfish"
5.0 out of 5 stars Superb holiday reading
Reviewed in the United Kingdom on July 15, 2020
Verified Purchase
Well, superb holiday reading if anyone was allowed to go anywhere. Imagine you're on a beach anyway, and buy this warm and funny English seaside romance.
Read more
2 people found this helpful
Report abuse

alison patterson
5.0 out of 5 stars Best book Iv read in years !
Reviewed in the United Kingdom on August 18, 2020
Verified Purchase
What an amazing book you just won’t want to put it down the characters the setting everything lots of twists to the story!
Can’t wait to read the next one come on Louise get writing!
Read more
Report abuse

Amazon Customer
5.0 out of 5 stars Feel good read
Reviewed in the United Kingdom on September 12, 2020
Verified Purchase
A feel good read
I was transported to the little seaside town which was wonderfully described
Look forward to reading more from this author
Read more
Report abuse

JOL
5.0 out of 5 stars Great read
Reviewed in the United Kingdom on November 12, 2020
Verified Purchase
Loved this book, such an easy enjoyable read that I couldn't put it down. Great storyline continued right to the end
Read more
Report abuse
See all reviews