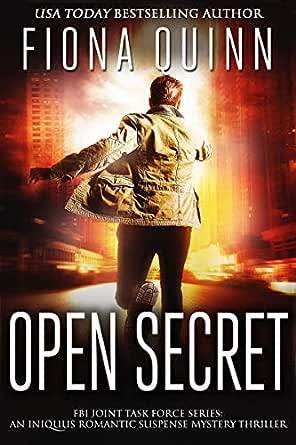 You've subscribed to FBI Joint Task Force Series! We will preorder your items within 24 hours of when they become available. When new books are released, we'll charge your default payment method for the lowest price available during the pre-order period.
Update your device or payment method, cancel individual pre-orders or your subscription at
Your Memberships & Subscriptions
There was an error. We were unable to process your subscription due to an error. Please refresh and try again. 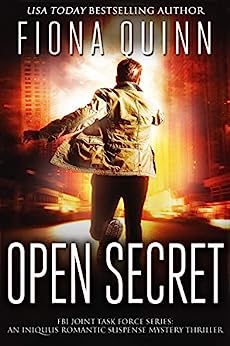 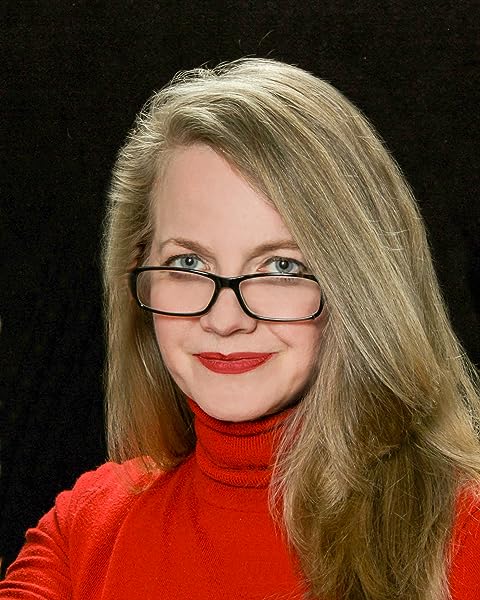 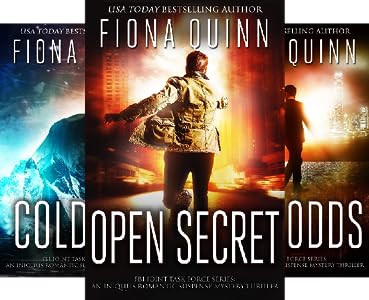 Reviewed by Viga Boland for Readers' FavoriteIf there's one thing many of us agree on, it's that internet technology has changed the world in both good and bad ways. Now, depending on your familiarity, or lack thereof, with the applications and implications of social media, and your belief in just how dangerous IT can be, you will either accept or question the plot, characters, and premise behind Fiona Quinn's psychological thriller, Open Secret. Whatever your conclusions, you will find it hard to put down.

The novel starts with an unexpected, unusual peek into the life of Rowan Kennedy, an FBI agent. Quinn cleverly hooks readers with this chapter so we dive in expecting more of the same. However, the setting changes when we meet the female protagonist, Avery Goodyear. She is a romance editor under inexplicable pressure from her boss to edit a sci-fi story based on a controversial video game. Avery and Rowan, both of whom enjoy writing, have met only in an online writers' group, but their lives suddenly become intimately and romantically entwined in the real world as both, unbeknownst to each other, are connected to the mysterious video game author for different reasons. When Rowan suspects the FBI investigation of this author might be helped by Avery, he faces the dilemma of how to get information from her without jeopardizing the romantic relationship developing between them.

But Open Secret is far more than a suspense-filled love story. It addresses the very real and present danger of how terrorists can and possibly are being recruited. It's a surprising twist and it's downright frightening. Comic relief provided by Avery, her in-laws, and her aging mom is a welcome break from the mounting tension. On a side note, would-be authors will enjoy the insights into writing and publishing that are offered through Avery. I actually found myself copying sections for my personal reference when I next think about writing a book or am mentoring other writers who are. It's little wonder that Fiona Quinn is a USA Today best-selling author. She knows how to hook her readers and give them just enough of everything to make reading a pleasure. Indulge yourself._______________John CharlesVINE VOICEI rarely give a book 5 stars, but Open Secret by Fiona Quinn definitely deserved all of them. Fiona Quinn wrote a mind grabbing mystery that kept me reading from the first page to the last. The concept is both interesting and relevant in today's political world. The Russians are winning their war against the US by infiltrating social media. How? Through video gaming, one of the most active and violent sports in modern times...

Quinn developed the concept, worked it through from beginning to the end, and kept me at her mercy. She took me on a ride through one scenario which threatened innocent people's lives, wrought havoc on others, and brought the FBI and CIA to their collective knees. What scared me, is that she brought this idea to the forefront in a book. If an author thought of this, well who else has - and what are they doing with it?

If you enjoy reading mysteries that explore a concept that could, indeed, become reality, then give Open Secret, by Fiona Quinn a chance._______________SerenityAMAZON HALL OF FAMER: TOP 2 REVIEWERThis is an intense novel which combines edge-of-your-seat suspense with spies and social media. Just a thrilling read for me which did not disappoint for one page...not even one.
Characters are well developed, plot is multi-layered and truly a suspenseful and intriguing read for me. Well done to the author! Social media will never be the same for me in the future.

The World of Iniquus - Chronological Order