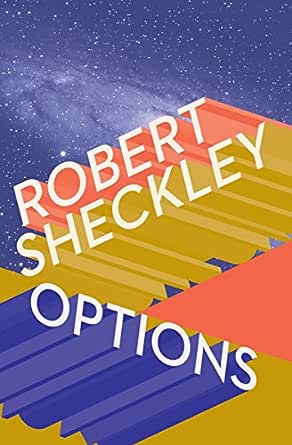 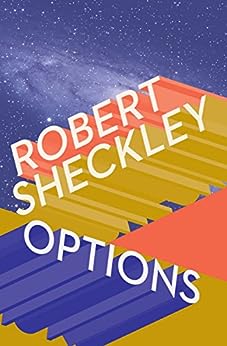 James_B
1.0 out of 5 stars Typos. Avoid
Reviewed in the United States on May 21, 2017
Verified Purchase
Well, Open Road Media have disgraced themselves publishing this masterpiece with so many typos. Horrible. Also, I can found no way of contacting the publisher, they don't have no email to contact them so that I'd send them the list of typos. Solid one star. Avoid.
Read more
Helpful
Comment Report abuse

christine meier
3.0 out of 5 stars Fun but outdated
Reviewed in the United States on November 17, 2017
Verified Purchase
In the times when it was written, more probably original and touching on the profound themes of what is real. Today a bit outdated.
Read more
Helpful
Comment Report abuse

Ronnie C.
5.0 out of 5 stars Book for smart, hip people
Reviewed in the United States on July 1, 2013
Verified Purchase
Robert Sheckley version of writer's block. This book aged very well. He was in front of the computer revelution and all things hip.
Read more
Helpful
Comment Report abuse

Mithridates VI of Pontus
3.0 out of 5 stars Sheckley plays with narrative
Reviewed in the United States on June 7, 2017
Robert Sheckley’s short stories have long been some of my favorite satires and (often) whimsical allegories of the 1950s/60s. The best of his I’ve reviewed so far include Store of Infinity (1960), Citizen in Space (1955) and his novel Journey Beyond Tomorrow (1962).

Options (1975) formed the vanguard of my attempt to move into his later (substantial) 70s oeuvre. Although technically adept and dabbling in my favorite type of narratological metafiction, Options did not sit entirely well with me–and as I am still unable to put my finger on exactly why I put off the review for months. A novel about narrative, Sheckley creates the most preposterous narrative possible, and as it no longer can more forward on its own power must interject himself into the story to fix the morass he’s created.

The novel begins with a notice:

“The rules of normalcy will be temporarily suspended while new rules are being drawn. The new rules may not be the same as the old rules. No hints can be given concerning the new rules. The best thing to do might be to avoid conflicting situations, spend the rest of the day in bed, cool out. Or, if that sounds boring, I could take you for a ride” (11).

What followers are 77 short chapters that follow the misadventures of Tom Mishkin who crashes on the planet Harmonia. He most journey across the surface with a robot programmed for an entirely different landscape in order to find a parts stash to fix his ship. Mad synesthesiasts, multi-headed worms, self-loathing raemits, and other bizarre creatures encounter Tom at every turn. Sheckley’s shines forth on every page: a tour of an imaginary castle results in a discussion of the effects of imaginary food, “among the ignorant and gullible, for example, imaginary foods tend to be quite nourishing. Pseudo-nourishing, of course, but the nervous system cannot differentiate between real and imaginary events” (52).

Perhaps my frustration derives from an inability to ascertain what precisely about narrative Sheckley wishes to exposure other than its sheer artificiality… And if that’s the case, then what better way to demonstrate sheer artificiality than state that there are no rules. But “novel” without rules has the side-effect of abandoning the reader somewhere along the journey. It’s a virtuosic display that reads in many ways as a series of 77 micro-stories, each with their own punch line.

I still recommend the book for fans of Sheckley and New Wave SF.

JAM
5.0 out of 5 stars LOL
Reviewed in the United States on August 6, 2013
My first encounter with this book was in the early eighties while in the Navy. My best friend "mailed" it to me one chapter at a time because he didnt want to part with it. I waited for mail call every day hoping to get another chapter. I literally laughed out loud reading it. Great humor and storytelling. A must for those who "think differently". A true classic.
Read more
2 people found this helpful
Helpful
Comment Report abuse

Robert Walter White
5.0 out of 5 stars Like an acid trip
Reviewed in the United States on April 8, 2009
Reading this book is like taking an acid trip, but without the legal or physiological risks. I won't, however, guarantee that it is without psychological risks. For those who enjoy the mind bending works of P K Dick, the dry humor of Heinlein, and the stream of conciousness of Faulkner, you will love this book.
Read more
2 people found this helpful
Helpful
Comment Report abuse

Abraides
5.0 out of 5 stars Visionary masterpiece
Reviewed in the United States on August 26, 2008
This is a book that any Science Fiction lover should have on his shelf. A classic
Read more
Helpful
Comment Report abuse
See all reviews