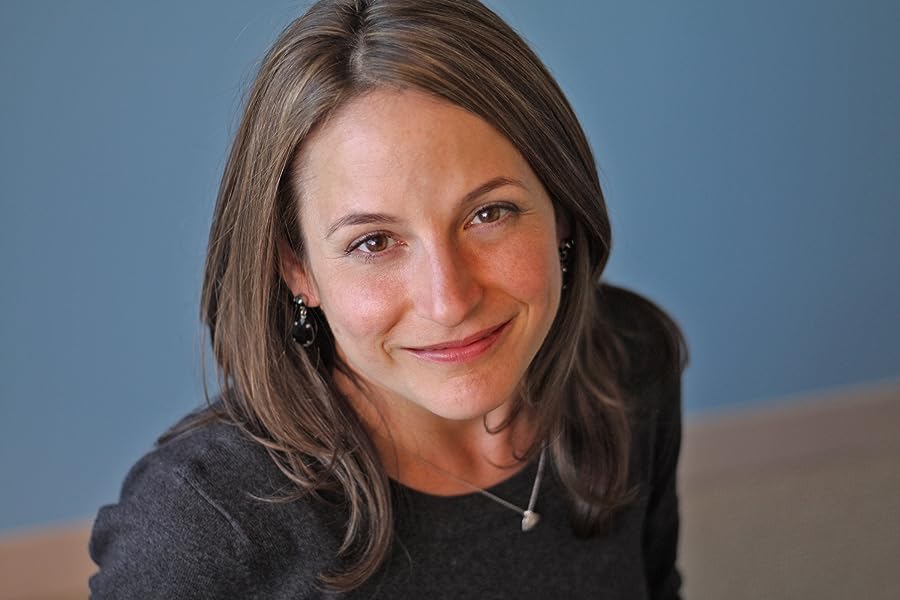 Start reading Orange World and Other Stories on your Kindle in under a minute.

4.3 out of 5 stars
4.3 out of 5
79 customer ratings
How does Amazon calculate star ratings?
Amazon calculates a product’s star ratings based on a machine learned model instead of a raw data average. The model takes into account factors including the age of a rating, whether the ratings are from verified purchasers, and factors that establish reviewer trustworthiness.

Bonnie Brody
TOP 500 REVIEWERVINE VOICE
5.0 out of 5 stars Weird and Wonderful
Reviewed in the United States on May 27, 2019
Verified Purchase
Orange World by Karen Russell is yet another wildly inventive collection of short stories by this outstanding author. The 8 short stories in this collection range from horror to fantasy to historical to literary to science fiction. Each is skillfully written with believable and sympathetic characters who find themselves in outre situations.

The Prospectors is a ghost story which takes place in the 1930's. Two young women are making their way in the american west by swindling, stealing and sometimes engaging in freelance prostitution. They inadvertently take a ski lift, not to the opening of a fancy new lodge, but to its predecessor that had been wiped out by an avalanche the year before.

The Bad Graft tells of a woman who is infected or cross pollinated by a Joshua tree.

Bog Girl is a Romance about a young man in Wales who falls in love with a woman he dug up while harvesting peat. She had been preserved in the bog for 8,000 years.

The Tornado Auction is about a man who buys, sells and raises tornados. He’s old and alone in the world. He puts all he owns into buying a fledgling tornado at auction to raise into howling maturity as a last fling.

Black Corfu is a horror story about a doctor whose job it is to hamstring the dead so they cannot haunt the living. It is also a meditation on the inequities of class.

The Gondoliers takes place in a post apocalyptic world where rising ocean levels have wiped out most of civilization. The protagonist is a young woman who is a ferryman employing echolocation to navigate unsafe waters.

Orange World is about a young mother who must let the devil nurse at her breast in order to protect her baby. She joins a mothers support group to escape her pact with the devil.

Each story stands on its own. Russell’s only peer in this sort of genre is Ken Liu. Her competence is striking and her imagination is mind bending. I’ll read anything she writes.

BookNerd
3.0 out of 5 stars Mostly Bland Stories Lacking Flavor or a Twist--It's Like a Meal without Salt or a Pie without Sugar
Reviewed in the United States on June 26, 2019
Verified Purchase
Oh boy. I was so excited to get my hands on this title after reading a glowing and intriguing review in the last Sunday's paper from Emily St. John Mandel (the author of "Station Eleven.") I immediately went on Amazon and paid "full" price for it.

It started out promising--in fact, the first story had completely blown my mind. I found myself holding my breath at times, waiting to see what happens next. The second story had an interesting start but then it got increasingly boring. The third story was morbid and... disgusting. Here's a full rundown:

1. The Prospectors: ⭐️⭐️⭐️⭐️⭐️ A fascinating historical fiction story with a shocking twist!

3. Bog Girl: A Romance ⭐️⭐️⭐️ I am just not into that kind of macabre depictions; hold the bucket--I'll throw up now.

5. The Tornado Auction ⭐️ 30+ pages of bland descriptions of a tornado breeding/buying farmer. Nothing happens. There's no twist; there's no point; there's no flavor. All that this story proves is that the author can surely write prose--i.e. put together interesting and lively words on paper; how are these words connected in a meaningful way and where are they leading to? Who knows.

7. The Gondoliers ⭐️ Read 1 paragraph and did not continue further.

8. Orange World ⭐️⭐️⭐️⭐️ I forced myself to read this one till the very end since it lent its title to the book. I admit, it was more imaginative than the previous four stories and I could see traces of childhood fairy tales intertwined with an adult spin.

Conclusion: yes, the author is clearly talented; in fact, she's a high step above the majority of contemporary fiction writers, who do not possess even half of her artful linguistic abilities. One has to be born with it, and this author is surely one of the luckiest few. Yet this particular story collection just felt...raw and predominantly uninteresting. Mr. Dwight Garner summarizes it best in his earlier review of the title:

"The glow Russell’s stories cast is not a cheap one, like the flickering of battery operated candles on a restaurant table. I’m simply not certain their power is, except rarely, strong enough to be wicked." (NYTimes article from May 13, 2019)
Read more
10 people found this helpful
Helpful
Comment Report abuse

Jill I. Shtulman
TOP 1000 REVIEWERVINE VOICE
5.0 out of 5 stars Strange things happen to people
Reviewed in the United States on August 27, 2019
Verified Purchase
Strange things happen to people in Karen Russell tales. In this, her third short story collection, those things include fortune-seeking young girls who end up dancing with zombies, a teenage boy who falls in love with a red-haired bog corpse, a depressed middle-aged man raising tornadoes, and in the epistolary tale, a new mother who is forced to suckle the devil.

The power of the stories is their seamless weaving of natural and supernatural, blended with everyday humor. Consider when new mother Rae tells Yvette, another woman in her mom’s group, that every night since she’s gotten home from the hospital, she’s been nursing the devil. Without batting a false eyelash, Yvette responds: “That f-----g thing. It’s been coming south of Powell?”

Or consider Bog Girl: A Romance, when young Cillian becomes romantically linked to a bog girl. When friends of his mother try to soothe her with the “we’ve all been there once”, her answer is priceless: “Cillian is fifteen. And the girlfriend is two thousand.”

The Bad Graft – another favorite from this collection—starts normally enough. Two young lovers impulsively leave their jobs and head off for the California deserts. All is fine until the soul of a Joshua tree possesses the girl, intertwining with her as its host. Her boyfriend begins to wonder about what exactly is going on with her.

There’s a marvelous imagination at work here, and I found myself stopping more than once and wondering how Karen Russell’s fertile mind came up with some of these ideas. But read one after the other, a certain ennui sets in: the themes begin echoing each other a little bit. The best of these are marvelous. The others are also quite good and I’m netting out at 4.5 stars.
Read more
2 people found this helpful
Helpful
Comment Report abuse
See all reviews from the United States