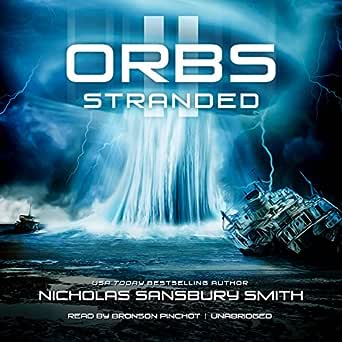 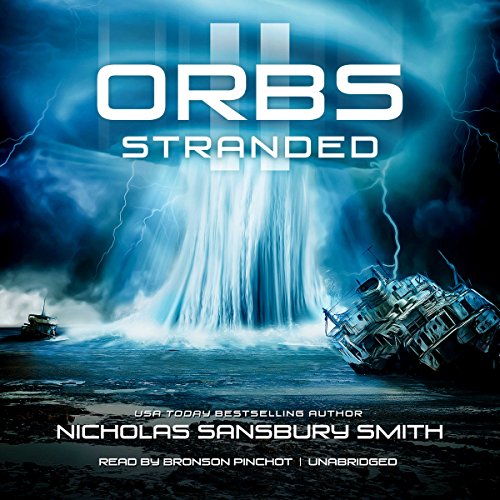 4.6 out of 5 stars
4.6 out of 5
458 global ratings
How are ratings calculated?
To calculate the overall star rating and percentage breakdown by star, we don’t use a simple average. Instead, our system considers things like how recent a review is and if the reviewer bought the item on Amazon. It also analyzes reviews to verify trustworthiness.
Top reviews

Nicko Demeter
5.0 out of 5 stars There's more here than just an "Aliens. Bad." story!
Reviewed in the United States on March 4, 2019
Verified Purchase
Book two of this series continues and expands the story in a way that might catch some readers off guard. What I mean by my title here is that now we are finally starting to see some of the bigger puzzle pieces starting to fall into place. There's a lot more going on here than your vanilla alien invasion story and I bet most will get sucked right into the rabbit hole (if you are simply reading this only because you have book one a shot).

Look, my view of the characters continues: I simply cannot find them likeable. But once again, this is because of the excellent narrative that places ME squarely in their own world. The fact that I can project and say "I would never do that" speaks to excellent storytelling.

Finally, I am writing this review AFTER I have finished all the books. Trust me folks, you'll want to stay for the entire ride. It is absolutely thrilling!

Natalie @ ABookLoversLife
VINE VOICE
5.0 out of 5 stars What a ride!!
Reviewed in the United States on April 7, 2018
Verified Purchase
Book 2 sees the group at Cheyenne Mountain finding out that there could be other survivours from different biospheres. They have made contact with Alex, from a biosphere in California, and hold out hope that maybe more have survived. They also think that they have made a weapon that can harm the Organics, all they need to do is try it out to see. They get their chance when one of their own is captured and taken by the spider things. This leads them to realise that the Organics have created human farms, and have taken captured people there to be harvested later. Overton holds out hope that some of his missing soldiers might still be alive.

What a ride!! I had to take several deep breaths when I finished this because it took my breath away with it's relentless pace. Absolutely non stop!!! It's not just the action that was non stop, it was also the emotions I had while reading this. I think I went through them all!!

The plot was fast paced and exciting. We get to see a little more of the invasion through different eyes and get a broader scope of what the aliens are and what they want. This is where the author excels in this book I think, his imagination is amazing and the world he has created is fantastic.... extremely scary, but fantastic! The different aliens he created were awesome and his descriptive writing and attention to detail, brings them to life in a way that was astounding. I could picture every creepy spider, worm or dinosaur like creature he wrote!!

The author isn't afraid to get rid of characters! We lose some, but we gain some too. The two boys are awesome, and I'm so glad we get their back story in a different short story, because otherwise it would have made them feel incomplete. On finishing this one, I read both White Sands and Red Sands and it brought the boys to life! Alex is another new character and his addition is great. He is at the end of his rope and ready to finish it all, but is picked up by some other survivours. I'm intrigued with him and can't wait to see more about him!

In all, this second book was amazing. The author has really opened up the world and we are starting to see a bigger picture. We get some answers as to how this happened with no warning. We also see tensions rising in the biosphere and people are starting to lose it being cooped up so long. I'm so glad I have book 3 to read straight after this one!! Brilliant series.
Read more
2 people found this helpful
Helpful
Comment Report abuse

Mike Keller
5.0 out of 5 stars The crew of the Cheyenne Mountain Biosphere face certain extinction as they begin to take the fight to the invaders.
Reviewed in the United States on April 6, 2018
Verified Purchase
Dr. Sophie Winston had been training for the Mars mission all her life, it seemed. Now finally the preparation was nearly complete. As Team Leader for the first Mars colonists she would lead her crew into the Biosphere in Cheyenne Mountain They would be learning how to survive in the enclosed environment simulating the journey to Mars on board the Secundo Casu, humanity's Second Chance, and the maintenance of the Biosphere on Mars. Dr. Hoffman, CEO of the New Tech Corporation and designer of the spacecraft and biosphere habitat on Mars, accompanied Dr. Winston and introduced her to her crew.

Joining Dr. Winston in the Cheyenne Mountain Biosphere were Saafi Yool, engineer, Dr. Emanuel Rodriguez, biologist, Dr. Holly Brown, psychiatrist, and Timothy Roberts, programmer. Sophie knew Emanuel from the team investigating the Solar Storms of 2055, when a huge Coronal Mass Ejection baked and irradiated 15% of the Earth's surface. Investigation into the event showed that magnetic forces originating on Mars had guided and intensified the CME. The results of that investigation had led to the development of the Secundo Casu and the Mars project.

Conditions quickly began to deteriorate as they lost contact to the outside world. Something caused the deaths of the livestock. They seemed to go crazy, battering themselves to death trying to escape their confinement. Something was driving the animals to madness. Investigations outside indicated that an alien force or presence was stealing the water from the world's surface. Thousands of glowing blue orbs littered the ground, each orb proving to contain a human or animal being drained of the water in their bodies. Strange alien creatures were processing the harvest of water as the planet's surface was turned into an arid wasteland. The Earth is losing it's future to the invaders, and everything is not going well.

If you haven't read Orbs I, then stop here because spoilers are ahead. You should really read Orbs I before continuing. Besides missing a lot of the story, you will miss your first opportunity to meet some really terrific characters. By now you should be familiar with little quirks in some of the characters, you should know who's seeing who and who wants to know who a lot better, LOL and you should know who has joined our Mars Mission training Biosphere.

Using the reverse magnetic pulse generator they were given by Luke Williard, Sophie was able to shield the Biosphere from the Organic's sensors. Their crew had grown by the addition four children and three marines. And after the Biosphere AI told them she had been in contact with another survivor - Alex Wagner, sole survivor of the Edwards AFB Biosphere. Sophie knew then that their mission was a lie! The Biospheres were survival shelters. They were never going to go to Mars!

With surprising twists and unexpected developments, the storyline is character driven. And the characters deal with fear and frustration as they fight for the survival of the Earth. This is proving to be a remarkable series. I heartily recommend this dystopian future!
Read more
One person found this helpful
Helpful
Comment Report abuse
See all reviews

Steve
4.0 out of 5 stars Continued story with an extra dash of despair
Reviewed in the United Kingdom on November 27, 2018
Verified Purchase
Orbs II picks up where Orbs left off and despite all the heroes efforts the sense of despair is ramping up. The characters that survived book one, are fleshed out a little in book 2. The virtually unstoppable aliens are swarming everywhere as the worlds temperature soars and the water vanishes.
A good follow up to the good book 1.
Read more
Report abuse

Ron Robson
4.0 out of 5 stars A further good book in an exciting series
Reviewed in the United Kingdom on June 16, 2018
Verified Purchase
This was a good second book in the series. The story is developing well and the options for the survivors still go up and down with increased frequency. The main characters grow on you as do the new entrants. I look forward to the third book whilst noticing there is already a prequel and a spin off.
Read more
Report abuse

PJ Bookish
5.0 out of 5 stars 📚📚📚📚📚
Reviewed in the United Kingdom on April 8, 2018
Verified Purchase
It's hard to imagine how the few survivors can possibly beat the organics, let alone survive long term on a dying planet, but humans are a tenacious bunch.
A great book and I like the portions where we get the point of view of Alexia as she evolves. I have a feeling she'll be very important.
Read more
Report abuse

william culley
5.0 out of 5 stars Orbs book 2
Reviewed in the United Kingdom on May 4, 2016
Verified Purchase
Just finished book 2 , just as good as book 1 maybe , no defiantly better , spoiler alert maybe with the team getting stronger and more resourceful the human race might just survive , on to book 3 with great expectations must start to read it now !!! Sorry now more time to write this review
Read more
Report abuse

james lawrie
4.0 out of 5 stars GOOD READ
Reviewed in the United Kingdom on July 27, 2018
Verified Purchase
Quite a good read. Only one drawback was discovering that it was not ‘wrapped up’ at the end as it seems it’s going to be first in series. Personally I prefer a stand-alone novel.
Read more
Report abuse
See all reviews