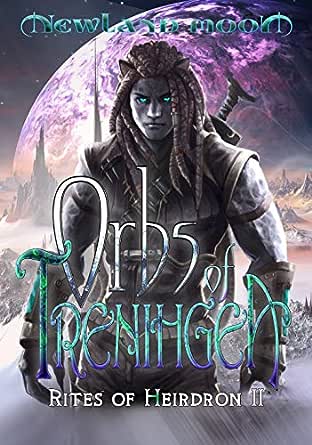 You've subscribed to Rites of Heirdron! We will preorder your items within 24 hours of when they become available. When new books are released, we'll charge your default payment method for the lowest price available during the pre-order period.
Update your device or payment method, cancel individual pre-orders or your subscription at
Your Memberships & Subscriptions
There was an error. We were unable to process your subscription due to an error. Please refresh and try again. 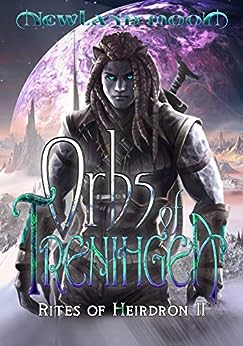 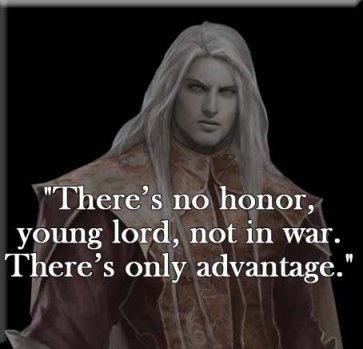 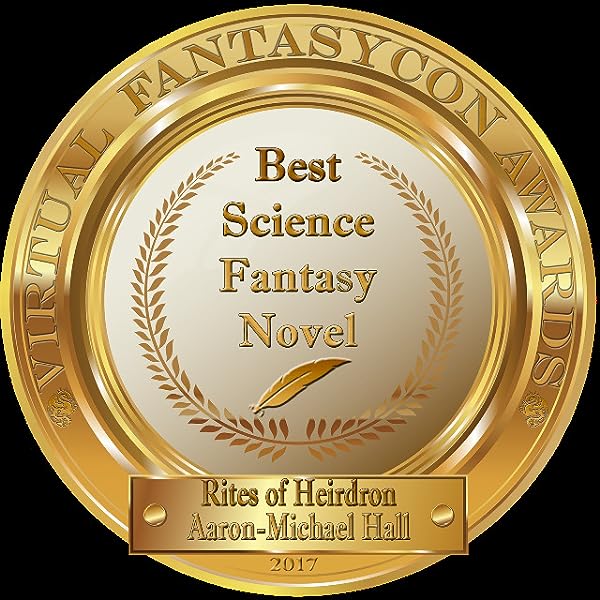 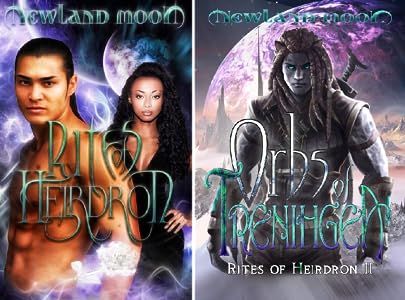 D. Donovan, Midwest Book Review
Orbs of Trenihgea is Book 2 in the Rites of Heirdron duology, continuing the science fantasy as it follows the efforts of leader Zrahnz, whose awakening portends a shift in the galaxy and in military alliances.

The Sorcery of Orark and the Fridoan Order are as relentless in their pursuit of the powerful Orbs of Trenihgea as Zrahnz is passionate about his newfound role, his mission, and more.

Even though Orbs of Trenihgea holds romantic elements, it should be cautioned that an affinity for galaxy-wide clashes and leadership challenges is a prerequisite for enjoying this multi-faceted story, which laces a military sci-fi playing field with elements of love and hate.


There's no set path for the missions, changing attitudes,battles, love, and betrayal that evolve in Orbs of Trenihgea; nor any hint of the type of formula writing that could keep its action predictable - and this is its strength.

As readers walk through a universe replete with cross-species mating, tactical decision-making under a king's command that reads like a classic Star Trek space battle, the politics and processes of Seer and Guild strategists, and the mechanics of how a prophecy is interpreted, readers come to understand how coveted Orbs will shift the forces in the universe and change everything - and why they mean so much to all involved.

Action is swift, interpersonal relationships are nicely detailed, and the end result offers up more than romance in a universe-building, collision of forces, ideals, and individuals. Especially recommended for prior fans of Rites of Heirdron. A duology that defies easy categorization, but reaches beyond genre definitions to entice readers from military sci-fi, and political sci-fi circles alike.

Aaron-Michael Hall is an award-winning author who enjoys writing diverse epic fantasy with a grimdark edge, high fantasy, and science fantasy romance. The debut novel, The Rise of Nazil is a Readers' Favorite award winner (2017), and has won numerous reader awards.

Tom Fallwell
5.0 out of 5 stars Very Enjoyable Story!
Reviewed in the United States on February 16, 2018
Verified Purchase
Take some science-fiction and a little fantasy, add to it proper proportions of action, mystery, intrigue and romance, and blend well. What you get is this book, Orbs of Trenihgea, a truly great science-fantasy novel by Newland Moon. There's enough detailed science to please any scifi fan, and the touch of fantasy just makes it even more interesting. I really enjoyed reading this book.

As the sequel to The Rites of Heirdron, this wrapped up the story very nicely, and I was very satisfied with how it all played out. Not that I was able to guess all the twists and turns, but I was not left with any disappointments. In some ways, the intrigue and manipulations reminded me a lot of Frank Herbert's Dune, though not on as grand a scale. Still, this was a great read and well worth my time.

There were comedic moments interspersed with the drama, and not over or under done. It was difficult to put down, and I was drawn along in the story. I cared for the characters, which were developed expertly and allowed the reader to get to know them.

I could go on and on, as this was a definite must-read story. I highly recommend both books in this dualogy. A well-earned 5 stars.
Read more
3 people found this helpful
Helpful
Comment Report abuse

Mainer
VINE VOICE
4.0 out of 5 stars Satisfying conclusion to the story
Reviewed in the United States on February 23, 2018
Verified Purchase
The Orbs of Trenihgea is the second and final book to The Rites of Heirdron. Zrahnz and Itanya have taken over the rule of Triaxeyn and are anxiously awaiting the birth of their three sons. They have two of the orbs of Trenihgea (one in the temple) and need to acquire the third to realize their destiny. They are in a tentative alliance with Fohlon, king of Kaylohr, though that is threatened in many ways. And their foes are still arrayed against them.
The worldbuilding here is very detailed and descriptive. I admit I had a lot of trouble with all the different names despite the glossary in the back. The names are generally unpronounceable, and especially for the lesser members of the large cast of characters hard to remember. I could still get the gist of the story but I had to work for it. The characters are diverse and very interesting. I especially liked the storyline that followed Aldryn and Kahzreen. I was glad to see how it was resolved.
There's the usual complement of politics between the different planets and organizations, intrigue between spies and religious leaders, and great battles. I found it a very satisfying conclusion.
Read more
One person found this helpful
Helpful
Comment Report abuse

Although “Orb of Trenihgea” is a difficult read, with nearly impossible-to-pronounce and unfamiliar names for its colorful cast of characters, stunning places, and impressive technology, it is a highly imaginative and complex plot that drives this grandiose Sci-Fi thriller. Newland Moon’s immeasurable creativity spawns an amazing galactic civilization divided into a stunning array of microcosms—most of whom are bent on ruling the entire galaxy and will do so at any cost. And yet, among these worlds are those individuals who stand out as leaders and villains, and kings and queens, as armies jostle through the stars for power and control.

Moon focuses on dozens of characters for whom she has developed a unique set of fallibilities and talents, making them eminently suited to the telling of her tale. The political sub-plots in Moon’s story may be familiar, but she spins a heavy yarn around spies and politicians, intertwining each individual and group within this immense political Sci-Fi thriller with its own genesis, sweeping the reader forward as plot twists and resolutions fly by faster than light speed.

Although this jaw-dropping epic is the second chapter in Moon's grand opera, I found no difficulty picking up the gist of the story. Moon provides adequate background information for her reader, and I would, therefore, consider her work as an apt stand-alone novel. All in all, “Orbs of Trinehgea” is a saga to be savored and, quite likely, to be read over and over again and again.
Read more
3 people found this helpful
Helpful
Comment Report abuse

sarisa Hall
5.0 out of 5 stars A Whole New World
Reviewed in the United States on January 20, 2019
This a great combination of sci-fi fantasy and romance. The author does a great job creating an entire universe for the reader to explore. I love the evolution of the characters and their relationships throughout the series. I found it very satisfying.
Read more
One person found this helpful
Helpful
Comment Report abuse
See all reviews