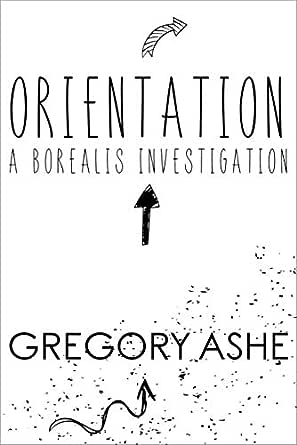 You've subscribed to Borealis Investigations! We will preorder your items within 24 hours of when they become available. When new books are released, we'll charge your default payment method for the lowest price available during the pre-order period.
Update your device or payment method, cancel individual pre-orders or your subscription at
Your Memberships & Subscriptions
There was an error. We were unable to process your subscription due to an error. Please refresh and try again. 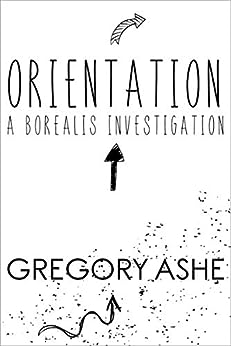 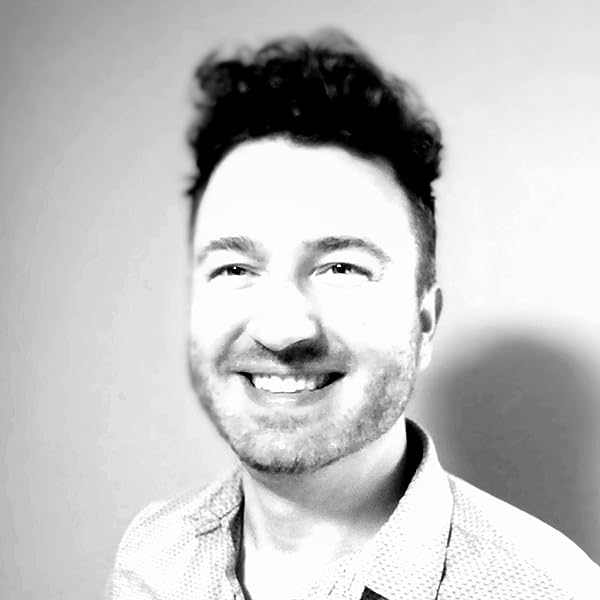 4.5 out of 5 stars
4.5 out of 5
93 global ratings
How are ratings calculated?
To calculate the overall star rating and percentage breakdown by star, we don’t use a simple average. Instead, our system considers things like how recent a review is and if the reviewer bought the item on Amazon. It also analyzes reviews to verify trustworthiness.
Top reviews

Gaia
5.0 out of 5 stars A Great Start To a Great Series
Reviewed in the United States on October 20, 2019
Verified Purchase
Gregory Ashe is one of my favorite contemporary authors. His writing is crisp, smart, funny, and impressive in its ability to make you *feel* something. After falling completely, maddingly in love with his Hazard & Somerset series, I was excited embark on a new Ashe adventure.

North and Shaw are complex, endearing characters. Their relationship is beautiful, deep, complicated, simple, and--at times--infuriating. They are friends who care deeply about each other, each wishing, in their own way, that they could be more. Shaw naturally seems like the more fragile of the two, but by the end, one wonders if it isn't North who might fall apart in a brisk wind without Shaw as his anchor.

The mystery in this novel is wickedly smart. It's hard to express just how smart it is without spoilers, but It's like if a Sherlock novel and Macgyver had a baby and that baby took classical piano lessons from the age of 3, kind of smart. You might think you have a bead on what's going on, on the culprit/s behind it, and you might be right... For a while at least.

In summary, you really should get this book if it sounds like something that's up your alley. You won't be disappointed, but you will be swept up and carried away into North and Shaw's daring, dangerous, and intriguing world.

It's Gregory Ashe's world, and we're all just living in it.

*I would be remiss to not take this opportunity to also plug his Hazard & Somerset series as well. Both series are amazing (Sorry Gregory I had to)!*

Rick X. Widdicomb
5.0 out of 5 stars Hilarious detectives scary situations
Reviewed in the United States on May 29, 2019
Verified Purchase
Absolutely loved this book. Three principal characters: a hunky detective with a suspended license, a precious beautiful detective who owns the agency and the house where it is located and their no work (I’m busy) receptionist who likes to accuse them of sexual harassment even though they are gay. This first adventure is serious yet you have to laugh at the antics, the sexual tension and the characters these detectives meet along the way to solving the crime (s). Perfect
Read more
6 people found this helpful
Helpful
Comment Report abuse

Nik T
4.0 out of 5 stars Mixed feelings
Reviewed in the United States on February 25, 2020
Verified Purchase
I have a lot of friends who live in St. Louis and have spent a decent amount of time there myself, so it was fun to read something that referenced familiar places. The mystery itself was somewhat convoluted, but it came together okay by the end. As others have said, it does feel like the reader is dropped into the middle, as if there's something else that should be read first. It was distracting at times, feeling like I was playing catch-up and scrambling to find my feet, but it also somehow worked because it felt like that's where Shaw and North were as well - desperately trying to regain their equilibrium.

I generally try to avoid spoilers in my reviews, but part of this book hit me pretty hard and it's not really possible to discuss that coherently without spoilers, so...fair warning
[SPOILERS BELOW]

Likely because my background shares some similarities (unsupportive family, lower income, abusive relationships), I can understand North. He has struggled. A lot. But they aren't the big, neon battles that people care about. They are ongoing and generally invisible. He lives every day pretending they aren't happening, pretending to be okay.

But he's not okay. His spouse is beating him. He is fighting vaguely mentioned lawsuits. His career is in jeopardy. Shaw knows the latter two and, when he becomes aware of the first, he runs off, cries, and then has sex with their client.

Okay, it was a shock. But instead of saying something, offering his supposed best friend support, he gets mad that North has been lying to him. Because of course everyone wants to admit their spouse is physically abusive. That's such an easy thing to drop into conversation.

And this is where my understanding for North falters, because I cannot, for the life of me, see what he likes about Shaw. Yes, the guy has been traumatized, and that is going to have long-term effects. He also has a supportive family, an apparently sizable financial cushion, and a therapist he actually gets along with. So while I can get some of his issues, the fact that he is apparently completely incapable of the most basic adulting - such as laundry or cleaning his bathroom (the description of his sink grossed me out and I live with a teenager so that's pretty hard to do) - irritates me.

I'm hoping the fad-diet crazed hippy displays some redeeming qualities in the second book which, yeah, of course I'm going to read. If an author can make me feel complicated emotions such as *waves at the ridiculous length of this review,* he's doing something right.
Read more
2 people found this helpful
Helpful
Comment Report abuse

R. Murphy
1.0 out of 5 stars Tedious
Reviewed in the United States on September 23, 2019
Verified Purchase
According to my Kindle, I got through 36% of this book before deleting it from my devices. North and Shaw are terrible people with zero detective skills. Their only way of looking into a case involves going to gay bars and flirting with bartenders. They don't even have access to standard background check databases, relying on Facebook and LinkedIn for "research." 95% of the book is just them thinking about how much they love the other one and not doing anything about it. Do they eventually get together? No idea! As I said, I gave up 36% of the way through.
Read more
3 people found this helpful
Helpful
Comment Report abuse
See all reviews

BevS
5.0 out of 5 stars Great start to a new series 🎉🎉🎉🎉🎉
Reviewed in the United Kingdom on May 28, 2019
Verified Purchase
5 outstanding stars 🌟🌟🌟🌟🌟 Gregory Ashe...you've done it again. Another fantastic series in the offing, two great MC's and terrific banter, and you're already making the MC's work very hard to a) stay alive and b) actually SEE each other instead of looking straight through and dismissing everything as 'just friends'. A Gay Fiction whodunit at it's finest, this is NOT a romance...yet...she says hopefully 🤞🤞🤞.

Yes, Shaw and North will do anything for each other but North won't admit that [heads up here for domestic abuse] and Shaw certainly won't admit that he's been love with North since college...and that the awful attack he suffered at college, which killed his then boyfriend and left him badly scarred, has also understandably left him with intimacy and trust issues.

Blackmail, drag queens, hustlers and violence...this story had it all. I liked Pari too, and yes North said some dreadful stuff to Shaw that he now sincerely regrets but I think he's mainly ashamed of how much he feels for Shaw, given the fact that he's married to Tucker. As for Shaw...well, we'll see what happens as the series progresses. He clearly deserves some happiness.
Read more
Report abuse

Kindle Customer
5.0 out of 5 stars Tense
Reviewed in the United Kingdom on August 5, 2020
Verified Purchase
I really lined North and Shaw when they made a brief appearance in the Hazard and Somerset saga. I was very pleased to see them in series of their own although I do hope they reach a HEA in less time because I am not sure my emotional health can stand the strain. North and Shaw are querky with a Lot of humour but a Lot of darkness too. They have secrets and traumas in their past. The book ends on a cliff hanger so I can't wait to read the next.
Read more
Report abuse

Rowan
5.0 out of 5 stars Fabulous Start
Reviewed in the United Kingdom on May 28, 2019
Verified Purchase
This was such a great read I simply loved Shaw and would like to see North get out of the abusive marriage and together with Shaw☺️ I love this guys work and this is definitely a series I’ll be reading and have already pre-ordered book 2.
Read more
One person found this helpful
Report abuse

Amazon Reviewer
5.0 out of 5 stars Brilliant leads
Reviewed in the United Kingdom on May 30, 2019
Verified Purchase
I love the lead characters in this book. I can’t wait until there’s more to the series.
Read more
Report abuse
See all reviews