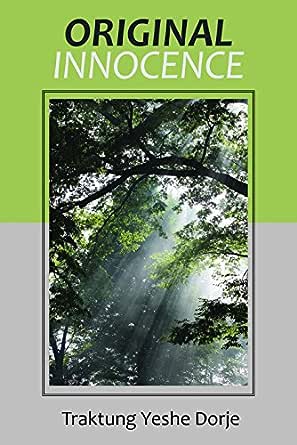 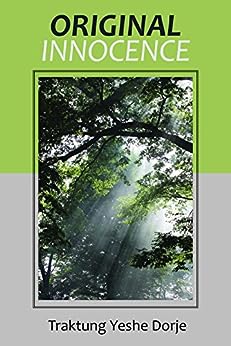 an American born spiritual teacher who has taught in the U.S., Cuba, and Europe since 1990. For 22 years he has guided the Tsogyelgar spiritual community outside Ann Arbor, Michigan. His root guru–Lama Thinley Norbu Rinpoche–encouraged him to write so as to clarify Vajrayana Buddhism for western audiences. He has guided the creation of America's largest mural of Tantric art, and overseen the creation of a Western form of doha songs (celebrations of spiritual teaching), now on several CDs. He is president of Wishing Tree Gardens, a non-profit sustainable-agriculture educational program. --This text refers to the paperback edition.

The mind's day-to-day conceptual functioning is merely the tip of an iceberg. The sum total of your day-to-day identity, even the whole appearing called "the human realm," is the very tip of an iceberg. Beneath this tiny tip is a vast and deep expanse of spiritual mystery. The tip, the day-to-day conundrum, is like the foam on the edge of a rising wave; but your essence is like the ocean's depth. This truth, and the methods to realize it– to make it real in the continuum of your body, feeling, mind, qualities and actions –is the intent of every Buddha's, every mystic's, communication. It is the sole import of the sage's speech and activity.

Mind's essence, timelessly–right now, always–is an expanse of unchanging Original Innocence. Somewhere, deep within, all beings intuit this, and this intuition is precisely what draws the body, mind and heart toward spiritual seeking. The wave is never separate from the ocean. If the wave forgot its union with the ocean and only felt itself to be a separate movement of water, what anxiety it would suffer! It would feel itself to be so temporary, so momentary and at the whim of rise and fall, birth and death. It would desperately search for meaning within the minute span of its existence, not knowing that its meaning is an expression of the deep, and not found in and of its shortness.

The "search" in its immaturity is for partial, temporary meanings within the momentary dimension of appearing. As maturity grows it becomes a search for direct knowing of mind itself. The search is to discover what has always already been the case.

Although the sky appears grey when covered over with clouds it is still blue above the clouds. The clouds are simply adventitious stains, temporary. If you fly up in a plane you can see that there is always already blueness, a stainless sky ultimately unharmed by temporary clouds. --This text refers to the paperback edition.

Pilar
5.0 out of 5 stars A Bright Truth
Reviewed in the United States on June 3, 2014
Verified Purchase
This new book stuns. This is because there are lines like these "Awareness writes jazz compositions on the paper of dharmata with the ink of luminosity" .... writing perfectly to answer the current state of chaos and frustration (the human condition). The writing has poetry, prose, quotes, considerations; and provides an open doorway of perfect phrases and imagery, you know reading it that this is the real deal (not new age platitudes so we can sleep better).

The book feels like it is answering a puritanical preoccupation, and shows the beauty of considering an altogether different way of perceiving. It's like learning to truly play the cello, first you learn the notes, then you learn the music. This book is the music.
Read more
6 people found this helpful
Helpful
Comment Report abuse

Amazon Customer
5.0 out of 5 stars Truth, in writing
Reviewed in the United States on June 8, 2014
Verified Purchase
This book is an incredible gift to practitioners. In Part I it presents the view of original innocence (as opposed to original sin), with detailed teaching on Dzogchen view and what it is to have a human body and to perceive. In Part II are reprinted letters which reveal teachings, advice, cajoling given to friends on the path and underscore that the Guru-Disciple relationship is not a cookie-cutter process but is direct, personal and unique according to each individual's needs. Part III , "Entering the way" presents considerations such as the 4 thoughts that turn the mind to dharma and 4 noble truths in a fresh and direct way that cut through the fantasy and dilettantish tendencies of our culture; an entry point for authentic spiritual practice is offered, as well as a prod to long-term practitioners to not succumb to complacency. All of this is presented through shorter writings of prose and poetry that allow the reader to chew on different aspects of the teachings, interspersed with quotes from many wisdom sources from many traditions. When reading I find myself pausing to take in that the line I just read contains the entire truth of human existence, before moving on to the next line.
Read more
6 people found this helpful
Helpful
Comment Report abuse

lipsilu
4.0 out of 5 stars following the deepest longing
Reviewed in the United States on June 27, 2014
Verified Purchase
"What if the longing within your mind, heart, and body, was whispering to you of truth? What if your deepest nature was not sin and confusion and did not end in death? What if Original Innocence, untouched by birth, death, comings or goings, untouched by impermanence, anxiety, fear, hope... was, in fact, your true nature? True of you, just waiting for an invitation to reveal itself? "

The book is this invitation to live in and as your true nature. Let me quote just some few more sentences, because anything I could say would not do the impact and scope of this book any justice.

Cynthia Conklin
5.0 out of 5 stars There is no original sin.
Reviewed in the United States on June 20, 2014
Verified Purchase
With his second book Traktung Yeshe Dorje brings Vajrayana Buddhism directly to our own time, language and culture. His does not hide behind the cultural trappings of Tibet or anywhere else.

When first contemplating his notion of original innocence, it freed something in me. We do not have to spend our lives crawling out of some pit of original sin (as the Catholic nuns always said). This resonates with a deep mysterious place that is, as he says, “untouched and untouchable.”

Bright Virtue, another term he uses, is that which is what always arising from Original Innocence without ever leaving it: “All dharma is the mythopoetics of wisdom, a song of joy shimmering in an empty place of timeless time….that womb space of all time where Bright Virtue surges like tidal forces in the Original Innocence.”

He is searingly honest about the effort involved in authentic spiritual life and critical of popular fast food materialist versions. At the same time he offers sublime methods of practice that guide us out of our self made cages and introduce us to our innate capacity to live in freedom, joy and love. He invites us to see the world from the placeless place he lives, that of aimless, crazy, unbridled love.
Read more
One person found this helpful
Helpful
Comment Report abuse

Sandy
5.0 out of 5 stars Elucidating Spiritual Truths
Reviewed in the United States on August 1, 2014
Verified Purchase
The poetry and prose contained in Original Innocence elucidate spiritual truths of Vajrayana Buddhism and Dzogchen with fluid, masterful imagery, stories, letters, quotations from ancient and modern texts, and from a variety of spiritual traditions. Explanations are so clear, direct, and varied, they leave no room for doubt in the fallacy of sin, shame, ego, self, the roots of suffering. Understanding is evoked in the reader's mind through this book's profound elegance: "To embody and enworld the beauty of Buddha Nature's expanse and luminous clarity is the meaning urge of our lives." Transmitting palpable compassion, Traktung Yeshe Dorje disarms the reader's defenses from numerous angles, making complacency uncomfortable; mystery infuses the body as meaning resonates at a depth unsurpassed by any author I have ever encountered previously. The path to enlightenment compels. He writes, "Wisdom realization, shining like a thousand suns, that burns from head to toe is the fully enlightened state; it is beyond ordinary and spiritual longing, but it awakens in body-mind-feeling another longing, the longing of compassion to liberate beings lost in suffering."
Read more
One person found this helpful
Helpful
Comment Report abuse

JLD
5.0 out of 5 stars Important read
Reviewed in the United States on June 22, 2014
Verified Purchase
This book can change your life. The transmission comes in all kinds of forms. He writes letters to friends and students to answer questions we all have. But, if you have a lyrical soul, there's beautiful poetry. He draws from all great traditions and other sources to make points about the spiritual path and universal longing. This is a book for all who long, no matter their path.
Read more
One person found this helpful
Helpful
Comment Report abuse
See all reviews

bookbook
5.0 out of 5 stars Simply beautiful
Reviewed in Germany on July 31, 2014
Verified Purchase
Read it, indulge yourself in it and be left in sheer wonderment.
This author truly knows the fields he is cultivating.
Read more
Report abuse
See all reviews