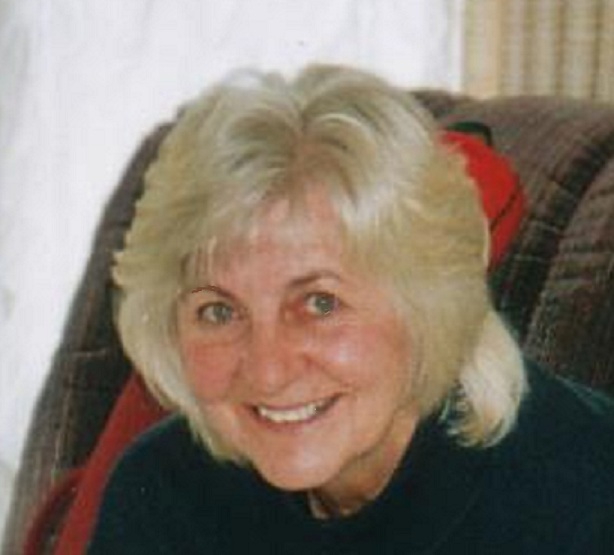 Anneli Purchase has more hobbies and projects than she can pursue in one lifetime, but of them all, writing takes priority. Storytelling has been a part of her life since she was a child. Writing the stories is just another phase of the process. Traveling, camping, fishing, mushroom picking and birdwatching are her preferred pastimes when she is not writing. Anneli has lived on Vancouver Island, Canada, for most of her life. The island provides everything she needs for the activities she enjoys.

Start reading Orion's Gift on your Kindle in under a minute.

D. W. Peach
5.0 out of 5 stars Romance with engaging subplots
Reviewed in the United States on April 20, 2020
Verified Purchase
Sylvia and Kevin are both escaping abusive relationships and individually head to Mexico to camp along the beautiful beaches of Baja. They end up meeting and fall immediately into lust, which gradually turns into something deeper. But nothing’s going to be that easy as the drug trade south of the border strikes a little close to their camper-homes, and even worse, their exes are trying to hunt them down.

Romance with lots of misunderstandings and emotional turmoil is a major theme in the book, but the subplots add a lot of drama to the story. Both exes—who are quite different from each other—have chapters from their points-of-view which adds to the building tension. The subplot regarding the drug trade escalates the danger, particularly for Sylvia.

I liked the quick pace of the story and there was plenty going on to keep me turning the pages. The descriptions of camping in Baja include well-researched details, not only regarding the landscape but also the challenges, the things visitors need to know, and some of the pitfalls. I enjoyed the authenticity they lent to the story.

Kevin was my favorite character as he’s pretty solid and straightforward. Sylvia suffers from insecurities throughout the book, but this struck me as realistic based on her history as a victim of domestic violence. She also has a secret that interferes with any dreams of a future with Kevin. A well-rounded story and highly recommended to readers of romance.

Luanne Castle
5.0 out of 5 stars A Book I Didn't Want to Put Down
Reviewed in the United States on April 24, 2014
Verified Purchase
The other day I had a long car trip, so I settled into my seat with a copy of Orion’s Gift, Anneli’s 2012 novel.

Before I knew it we had arrived at our destination, and I didn’t want to put the book down. The story is part romance and part adventure, and I became caught up in the budding love story, as well as the dangerous escapades.

In the midst of all that, my memoir-writing brain started clicking away when I read what Anneli does with setting. I realized that I could learn from her about writing setting in memoir.

The story takes place, for the most part, in Baja California. Anneli has traveled and camped that area herself, and her own experiences inform the book with multi-dimensional descriptions of the area. Sometimes the reader is plunged into the natural beauty. Other times, the setting reflects the interior landscape of the characters. Kevin, one of the lovers who is beset with worries, sees the landscape this way:

"Rocks, sand, cholla, ocotillo, and cardón cacti, and palo verde trees. Beautiful, yet unending and without distinguishing landmarks, and no ocean in sight. . . . Oh, it was scenic enough, but heading out into the unknown, so late in the day, putting all my trust in people I had just met–it didn’t sit right with me."

In addition to using setting as an exterior marker for what is going on with her characters’ thoughts and emotions, Anneli uses setting as a way for her characters to interact. Kevin has helped Sylvia in several ways, including escaping from a bandido and getting her damaged van back on the road again, but Sylvia can teach him a few things, too. When they enter the water, she advises him what to do if he runs into a stingray. Kevin says he will fight back if he has to, but then he realizes that he never fought back in his marriage that just ended–he had let his wife walk all over him.

The setting is integrated as part of the story; it’s not a bonus or addition, but an essential part of what occurs in the book. It has an effect on the plot and on the actions of the characters. The campgrounds and wilderness areas provide a backdrop for the dangers of Mexico, but the towns bring the couple in closer touch with their dangerous pasts. When Sylvia has to learn how to dress properly for the town, there is more at stake than just fitting in.

Orion’s Gift was a relaxing and engaging break from reading memoirs. I’ve already loaned it to my daughter to read.

Babso
5.0 out of 5 stars Grabbed me at the beginning and had a hard time putting it down!
Reviewed in the United States on May 2, 2015
Verified Purchase
When I read a book, I hope that I will get caught up right away, and Orion's Gift. As I read this book, I found places where the author, Anneli Purchase, truly makes a connection with the reader. I think in everyone's life they have met people like the characters in this book. This is the second book that I have read of Ms. Purchase, the first being The Wind Weeps, and I am looking forward to reading Julia's Violinist. For me this was a fast read, and I found myself thinking of the book while doing other things. I looked forward to reading more of it each day! I highly recommend that you read this book!
Read more
2 people found this helpful
Helpful
Comment Report abuse

Darlene Jones
5.0 out of 5 stars A gift indeed
Reviewed in the United States on August 22, 2012
Verified Purchase
Purchase has done it again. Brought us another riveting love story laced with danger and intrigue. This time the setting is the wilds of the Baja Peninsula. The author creates a vivid picture for us of the terrain and climate with its own danger from bad roads, cows on the highway, the desert itself, and bandidos.

Sylvia, running from her husband and a life threatening letter, finds peace and solace fleeting in the campgrounds of the Baja. First a drunk man tries to molest her. Then she loses her passport and wallet. Then she finds Kevin. He too is on the run. The two fall in love/lust or perhaps it's the other way round.

As their relationship grows greater dangers emerge. First from the secrets they keep from each other and then from their spouses who are in hot pursuit.

Purchase knows how to paint a glorious picture of the setting and hold us spell-bound by the action. A great read
Read more
6 people found this helpful
Helpful
Comment Report abuse

P. Wight
5.0 out of 5 stars A Compelling Read about Broken Characters Who Find a Way to Heal in Beautiful Baja
Reviewed in the United States on July 14, 2016
Verified Purchase
The setting is as unsettling as the characters who are escaping their lives and hoping to begin anew. And the setting of Baja is as beautiful and complicated and raw as the two main characters, Sylvia and Keith, who find each other during their search for happiness. This is not a typical 'romance' in any sense of the word. This novel delves into the pain of abuse, verbal and physical, that both women AND men experience in bad relationships. The way these characters escape this abuse and find lightness through new territory in country as well as new love, makes this a compelling read.
Read more
One person found this helpful
Helpful
Comment Report abuse

Lauren A
5.0 out of 5 stars Excellent World building- the people and places are so vivid!
Reviewed in the United States on September 13, 2020
Verified Purchase
I loved this book for the "feel like you're there" aspect of the writing- it was so vivid, right from the very start. The characters aren't perfect people, and that what makes the romance that much sweeter too, for the realism. It really did feel like you're watching two real people fall in love in a beautiful place with suspense and danger snapping all around them- will be reading more of the author's works!
Read more
Helpful
Comment Report abuse
See all reviews

Linn Halton
5.0 out of 5 stars Take a trip to Baja...
Reviewed in the United Kingdom on January 30, 2013
Verified Purchase
If you have never been to Baja, in Mexico then take a trip there courtesy of Orion's Gift. The setting for this book gives the reader a real sense of `being there'. I've visited Ms Purchase's website and seen some of the wonderful photographs she has posted to set the scene for this novel.

What was interested is that the basis of the story is about marital abuse/bullying and it reflects the fact that this happens to men as well as women. There are some heart-rending moments when you want to shake your head in disbelief almost, as you sense the two main characters succumbing to what they begin to feel is the inevitable. Almost accepting that their `lot' in life is to live with the difficult situations they find themselves in.

It's hard not to give spoilers here, but a lovely combination with a believable plot and a beautiful setting...
Read more
One person found this helpful
Report abuse

Book reviews
4.0 out of 5 stars Emotion, danger and tension throughout
Reviewed in the United Kingdom on February 26, 2013
Verified Purchase
Told in the first person from different points of view, I found Orion's Gift refreshing and enjoyed getting into the head of each different character.

It was good to really get to know the cast and their back stories, having inside information as it were added to the atmosphere and kept the tension high throughout the book.

As I read Orion's Gift I was struck by the setting. It was beautifully described with lots of small detail that added to creating a very vivid picture of the area.

Laced with danger, tension and emotion throughout I very much enjoyed reading this novel. At the heart of Orion's Gift is the love story of two people leaving behind failing marriages and finding inner-strength and happiness in their new love.
Read more
One person found this helpful
Report abuse