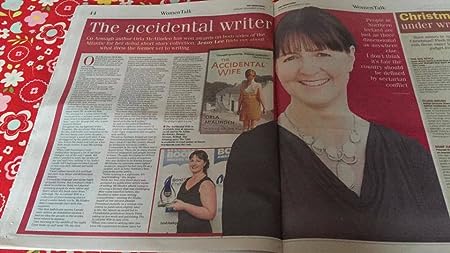 Award-winning debut novel The Flight of the Wren, published September 2018 by Red Stag/Mentor Books, as featured in the Sunday Times, BBC Radio, and RTE Radio One Ryan Tubridy show.

Winner of the Eludia Award for first fiction 2014

Orla McAlinden is an emerging voice in Irish writing. Her first book, The Accidental Wife, won the 2014 Eludia Prize from Hidden River Arts in Philadelphia, PA, and is published on their Sowilo Press imprint. The fourth story from the collection, The Visit, won the Irish Short Story of the Year award, 2016.

Orla's third book Full of Grace was published in May 2019 by Red Stag Books, revisiting some of the most loved characters from The Accidental Wife and introducing a host of new ones.

Orla was sent to school at three years old, to prevent her from falling out of any more windows, and she has had a book in her hand ever since. She reads widely, with a strong emphasis on Irish authors, and grudges the time spent eating and sleeping, which interferes with her reading.

Orla's new novel, The Flight of the Wren, won the Cecil Day Lewis Emerging Writer Award from the Arts Service of Kildare County, Ireland, where she currently lives with her husband, four young children, five horses and dog. 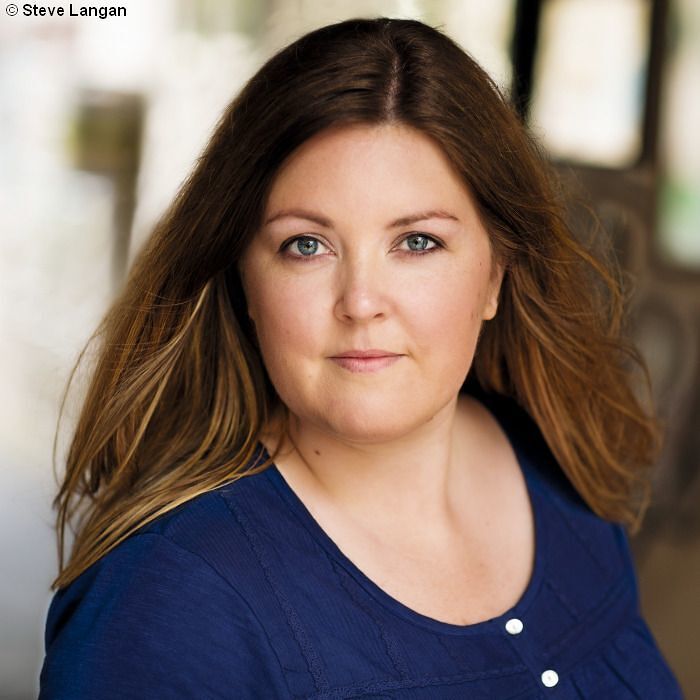 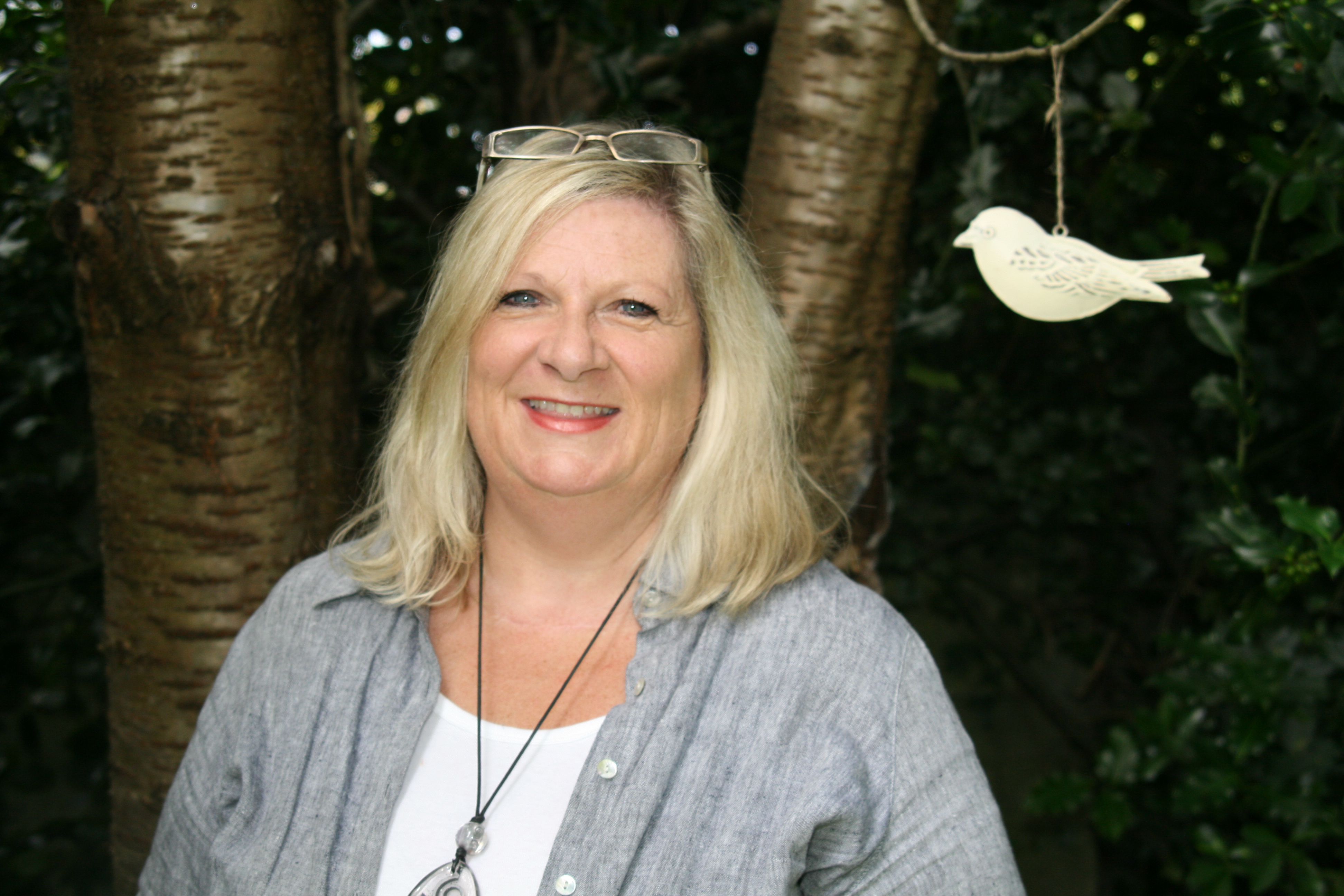 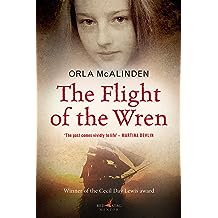 The Flight of the Wren Oct 23, 2018
by Orla McAlinden
( 26 )
$4.99
Ireland, 1848. Orphaned Sally Mahon has a choice to make. Lie down and die on the graves of her parents, or join the throngs of the dispossessed on the highways of Ireland. She turns her steps to the nearby town of Newbridge in Kildare, where she will carve a future for herself or die trying. Tasmania, 1919. Spanish Flu sweeps through Hobart, travelling across the oceans with the soldiers returning from the war in Europe. Saoirse Gordon sits by her Grandmother's sickbed. As the old woman cries out in her delirium, will the secrets Saoirse learns bring her peace, or destroy her forever? Have her Grandmother, her great-aunt and her mother been lying to her all her life? Saoirse races against time, and her grandmother's illness, to unravel the secrets of her family. Inspired by true events, the tales of real Irish women and girls weave throughout this poignant blend of fact and fiction. The Flight of the Wren explores the impact of the Irish famine of 1845-1849 on the women of Ireland. Acts of desperation, betrayal, courage and love illuminate this dark chapter of Ireland's history in a complex and beautiful novel. Winner of the Cecil Day Lewis award 2016 and joint winner of the Greenbean Novel Fair 2016 at the Irish Writers Centre.
Read more
Other Formats: Paperback 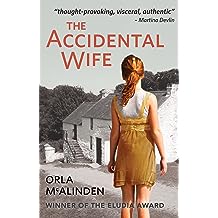 The Accidental Wife Jul 10, 2017
by Orla McAlinden
( 24 )
$9.99
Set against the tense background of Northern Ireland's Troubles, The Accidental Wife follows the twists and turns of the McCann family over seven decades. Marion Smith has a secret. So does Colette McCann. How many generations will these secrets destroy? Why did Matthew Jordan slip his passport into his pocket before he kissed his wife goodbye and drove to work? In a land
riddled with suspicion and fear, secrets are not easy to keep. How long can Marion Smith hide what happened in Derry at the height of the Second World War? How many generations will her secret destroy? Lies, half-truths and omissions litter the stories of the McCann family, spanning seventy years of Northern Ireland's turbulent history. Who will come through unscathed and who will pay for the sins of the fathers?
Read more
Other Formats: Paperback 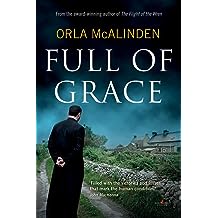 Full of Grace May 13, 2019
by Orla McAlinden
$4.99
Father Anthony O’Donovan has a secret he can’t reveal, not even to his best friend. Everyone knows Gemma McCann’s secret, as she tries to balance the sadness of a dream unfulfilled with the love that surrounds her. Aloysius puts his body on the line to keep his motherless boy safe, and his principles intact. A complex web of friendship, enmity, lies and kindly deceptions weaves through a small rural community. People face their troubles. And the Troubles. Which of them can keep their faith in humankind during these dark decades in Northern Ireland?

Returning to the beloved characters who populate Orla McAlinden’s award-winning debut The Accidental Wife, and introducing many new ones, Full of Grace probes deep into stories of love, betrayal, survival and belonging, in a changing land. Along with 19 brand new short stories, this collection includes The Visit, winner of Writing.ie’s Short Story of the Year in the 2016 Bord Gáis Energy Irish Book Awards, and Breathing, the Wasafiri New Writing nominated short story.

Full of Grace turns an unsentimental eye and prize-winning prose onto everything from Bloody Sunday to Brexit and beyond.
Read more
Other Formats: Paperback 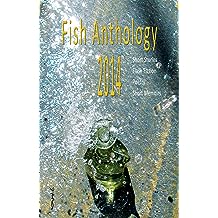