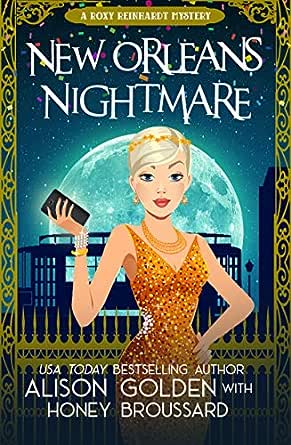 You've subscribed to A Roxy Reinhardt Cozy Mystery! We will preorder your items within 24 hours of when they become available. When new books are released, we'll charge your default payment method for the lowest price available during the pre-order period.
Update your device or payment method, cancel individual pre-orders or your subscription at
Your Memberships & Subscriptions
There was an error. We were unable to process your subscription due to an error. Please refresh and try again. 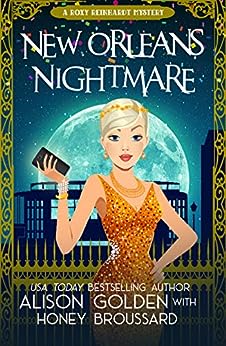 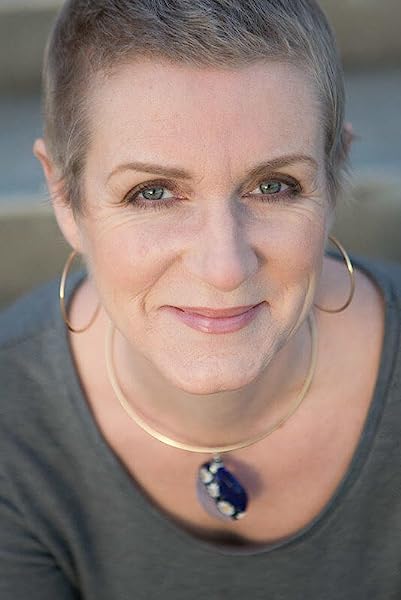 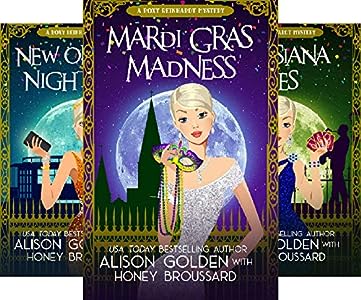 To get your free copy of Mardi Gras Madness, the first book in the Roxy Reinhardt series, plus more free books, updates about new releases, promotions, and other Insider exclusives, please sign up for Alison's mailing list at: alisongolden.com/roxy.

4.6 out of 5 stars
4.6 out of 5
135 global ratings
How are ratings calculated?
To calculate the overall star rating and percentage breakdown by star, we don’t use a simple average. Instead, our system considers things like how recent a review is and if the reviewer bought the item on Amazon. It also analyzes reviews to verify trustworthiness.

ThomasTop Contributor: Pets
VINE VOICE
5.0 out of 5 stars Great story
Reviewed in the United States on November 5, 2019
Verified Purchase
Roxy Reinhardt has a new set of guests staying at her mini-hotel. This time they are all famous Instagram celebrities (called Influencers) with hundreds of thousands of followers each. She is hoping to boost the status of the hotel and get it out in the internet media. She accomplishes her goal, just not in the way she had hoped.

This was a great story.
It has well-developed characters, lots of humor, a solid storyline, and several surprises.

Alison Golden is, and has been one of my favorite authors for a while now. She writes Cozy, mainly mysteries, and Thrillers. Her other series include Reverand Annabell Dixon, Inspector David Graham, Both set in England, and the thriller series Diana Hunter, which is set mainly in Canada, but has Diana traveling all over the world.
Read more
3 people found this helpful
Helpful
Comment Report abuse

Debi Paglia
5.0 out of 5 stars Beginning a New Life in New Orleans
Reviewed in the United States on November 5, 2019
Verified Purchase
I loved this book! It’s the second book in a new series. All the magic of New Orleans - food, music, history - is in this new series! The protagonist is a young woman who has chosen to live a better life and has moved to New Orleans. It is so interesting to see how she has “grown” in these first 2 books. If you like anything “New Orleans” or would like to know more about the culture of New Orleans, and like to read well-written, interesting cozy mysteries, then you need to read this new series!
Read more
2 people found this helpful
Helpful
Comment Report abuse

specialangel
4.0 out of 5 stars Entertaining
Reviewed in the United States on November 5, 2019
Verified Purchase
This is an enjoyable well-written whodunit with plenty of suspects and a few twists and turns. Roxy and her quirky group of friends are back in this second book of the Roxy Reinhardt series. The flavor of New Orleans is as much a character as Roxy herself. I really liked the way the last chapter tied everything together and gave updates on what all the Instagrammers were doing. I didn't like Detective Johnson and his loud-mouthed hateful attitude. There was no excuse for his boorish behavior. I can't understand why everyone was so willing to cater a memorial service and then a celebration of life party for free. I'm really enjoying this new series from the talented Alison Golden and urge you to give it a try.
Read more
One person found this helpful
Helpful
Comment Report abuse

catwoman1a
5.0 out of 5 stars Wonderful Mystery
Reviewed in the United States on November 10, 2019
Verified Purchase
Roxy is hoping to highlight her hotel because she has several Instagram celebrities staying there. Of course, there is a mishap and Roxy and her friends get involved. This is the second in the series, and a highly entertaining mystery by Alison Golden. There is a bit of New Orleans mystique involved, a really nice mystery and several wonderful characters to enjoy. I highly recommend that you read this book. It's so much fun!
Read more
One person found this helpful
Helpful
Comment Report abuse

DANA PRATT
5.0 out of 5 stars Social media has a downside
Reviewed in the United States on November 5, 2019
Verified Purchase
In an effort to enhance business, Roxy gets on social media and invites some “influencers” to a few days in New Orleans! Unfortunately the first night, one of them dies and now its time to figure out the who, how and why? Detective Johnson puts the fear of God into the staff and influencers, but Roxy may have upper hand with the clues.
P. S. The mouthwatering menus in the book will have you wanting to get on a plane ASAP to get some for yourself!
Read more
One person found this helpful
Helpful
Comment Report abuse

Iris
5.0 out of 5 stars How does Roxie solve these cases?
Reviewed in the United States on November 14, 2019
Verified Purchase
Alison Golden writes several cozy mystery series and I am a big fan of her writing style and her character development. This new series set in New Orleans is a real winner!
She "gets" the vibe of the town and the wonderful food. Roxie, her main character who in book one was a tentative and not very confident person, new in town has grown a lot in "New Orleans Nightmare".
If you love cozies with great chatacters and story lines that leave you wondering 'who dun it' this series is for you! Be prepared to not want to put it down until the end.
Read more
One person found this helpful
Helpful
Comment Report abuse

loveday54
5.0 out of 5 stars Social Media and Murder
Reviewed in the United States on November 13, 2019
Verified Purchase
Roxy is settled in as the new owner of the Funky Cat Inn - the renovated guest house she stayed at when she first came to New Orleans. To boost interest for the Inn, she planned for a group of Social Media influencers to stay at the Inn.
But what starts out as a great time, quickly turns sour when a person is found dead.

Roxy is warned off investigating by their favorite grumpy detective, but she finds it hard to not get involved. She doesn't want bad publicity and wants the investigation finished as soon as possible.. but...

I really am enjoying this new series - I love the descriptions of all that is New Orleans and the characters are diverse and work so well together.
Read more
Helpful
Comment Report abuse

dbibb
5.0 out of 5 stars A great new entry in the series...
Reviewed in the United States on November 11, 2019
Verified Purchase
Roxy Reinhardt returns with the second mystery in the series. Hoping to get more business the hotel has Instagram, "influencer," as guests, but things do not go as expected. How can one deal witha mystery in the midst of a bunch in Instagramers? With great characters, humor, plot, and surprises to make the adventure memorable the book gets a high recommendation from me.
Read more
Helpful
Comment Report abuse
See all reviews

Janey Noble
5.0 out of 5 stars Good reading
Reviewed in the United Kingdom on November 5, 2019
Verified Purchase
Another. Excellent Alison Golden book. Once I got started I ignored all the things I should be doing and just carried on until I finished the book. Not quite as good as the books set in England but still very enjoyable reading.
Read more
Report abuse

Birgit
5.0 out of 5 stars the fairy tale goes on
Reviewed in Germany on March 9, 2020
Verified Purchase
The former poor callcenter employee who became a hotel owner and successful detective within a few months steps up the ladder. She solves another crime and becomes such a perfect hostess that a tv show wants to present her. Who would not like to be so lucky.And on the side, that attractive young man who paid the hotel just out of compassion is more than inclined to her....Miracles happen.
But again, somehow it is such a good read that you want to know how it goes on.And all the interesting and unique details about NOLA culture tie you to the book.So,it is fun!
Read more
Report abuse

Kim L.
5.0 out of 5 stars The Funky Cat ...what have we done?
Reviewed in Canada on April 29, 2020
Verified Purchase
This second book was a fast paced, action packed, intriguing who done it with Dective Johnson breathing down Roxy and her friends and guests neck again. A wonderful read that kept you guessing until the end. The characters are so real that it hard to come to the end of this story. However I am sure the next one will be just as wonderful.
Read more
Report abuse
See all reviews