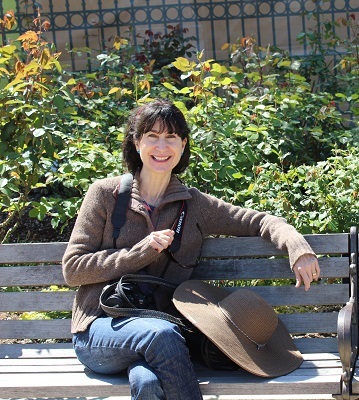 “Three generations of a family venture west in this engaging, intricately embroidered 19th century historical epic by Avery. The novel opens with a young boy, Alex, watching his mother die, marking the beginning of a desperately mournful early life. Despite being raised in abject poverty in a New York slum, he remains steadfastly true to his father, and is horrified when representatives of a child welfare program rap on his front door and forcibly separate him from his beloved Pa. Alex is put on an orphan train, a service that relocated more than 250,000 vulnerable children from East Coast urban slums to the rural Midwest between 1853 and 1929… Avery juxtaposes Alex’s story with that of Will and Libby Pickard, a couple in industrial England. They head for America’s eastern seaboard on a ship, the Elijah Swift, and soon become embroiled with the powerful Cambridge family of Baltimore, leading to a number of dark, unexpected plot twists. The author spent several years immersing herself in the history and lifestyle of 19th century rural America, and it shows... Avery makes readers remember what it’s like to see aspects of the natural world for the first time. She also captures some of the terse correctness of the classic 19th century epic novel, but her tone also has a contemporary easiness that makes it approachable and pleasurable. A beautifully written, effortlessly measured historical novel.” - Kirkus

"... the most beloved books among the best we've read."  A selected favorite on the 2015 Reviewers' Choice list - Foreword Reviews
.
One of the Best Indie Books of 2014 - Kirkus Reviews

"This is storytelling at its best, a deeplyengrossing tale about an unforgettable collection of original characters. " - Karyn Saemann, Foreword Clarion Reviews (Five out of Five stars)
.
"Highly recommended not just for fans of historical novels, but also for any reader who enjoys a skillfully executed tale..." - BlueInk starred review

"Orphan in America succeeds because of its realistic setting and winning characters." - IndieReader -(Top-Rated Review)

While laying the groundwork for Orphan in America, Avery spent several years traveling across the country and immersing herself in the history and lifestyle of 19th century America. With two postgraduate degrees and a long career as a writer and educator, Nanette L. Avery takes her readers to the next level with her latest novel Orphan in America.
Read more