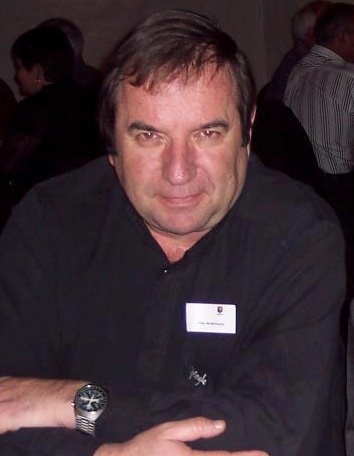 Mike McWilliams worked in the Renewable Energy and Climate Change field and writes extensively on political and industrial matters.
He has been a television cameraman and the owner of a design consultancy.
He did military service in 1970, starting as an infantryman at 6 South African Infantry but immediately volunteered to train as a Paratrooper at 1 Parachute Battalion in Bloemfontein. After living a few years in Rhodesia, he returned to South Africa. He served in 1, 2 and 3 Parachute Battalions, completing many three-month stints as a member of Fire Force in Owamboland, South West Africa until 1978. The Battle of Cassinga was his last operation.
He wrote his first book, The Battle for Cassinga about that operation. In addition to being a best seller among modern military books it has been used by military establishments world wide as an example of a successful implementation of vertical envelopment in a large scale raid.
Mike was a skydiver and won the South African National Championships five years in succession from 1980 to 84 and also competed at World Parachuting Championships and World Cups in both Free Fall Relative Work as well as Canopy Relative Work. In 1982, he captained the national Canopy Relative Work Team to winning the Deutschland Cup in Germany. In 1983 he captained the South African 8 Way Team to a Bronze Medal at the World Championships.
Mike is married to Frances and has three sons. His interests are classical music, chess, hunting, shooting, motorcycles and reading.