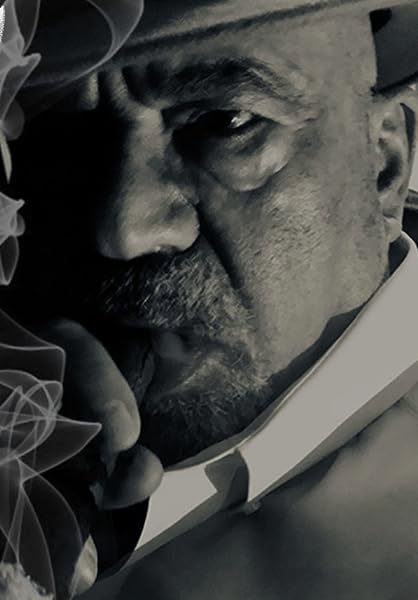 The Other Side of Deception: A Rogue Agent Exposes the Mossad's Secret Agenda Hardcover – January 1, 1994

by Victor Ostrovsky (Author)
4.2 out of 5 stars 73 ratings
See all formats and editions
Sorry, there was a problem loading this page. Try again.

Victor Ostrovsky was born in Canada and raised in Israel. At eighteen he became the youngest officer in the Israeli military at the time, eventually rising to the rank of lieutenant commander in charge of naval weapons testing. He was a Mossad case officer from 1982-1986. Victor Currently lives in Scottsdale Arizona where he writes and paints and has an art gallery Ostrovsky Fine Art in old town Scottsdale. www.OstrovskyFineArt.com

Larry Constantine
4.0 out of 5 stars Reads like a novel - who knows?
Reviewed in the United States 🇺🇸 on August 14, 2013
Verified Purchase
The Other Side of Deception is the "sequel" and back story to Ostrovsky's best-selling exposé of dirty tricks and double dealing within Israel's elite intelligence service, Mossad. It tells about Ostrovsky's claimed later activities as a rogue outside operative working with a renegade faction inside Mossad trying to undermine the agency itself.

The first two-thirds of the book read like a novel. Toward the end, it bogs down in baroque details and intricacies of intrigue that almost require diagramming to sort out. Throughout, it is a conspiracy theorist's confection, a layer-cake stack of duplicity and misdirections that makes for exciting, if complicated, reading. At face value, it paints a picture of hardliners in Mossad and the Israeli government spreading instability and chaos in order to prevent any effective peace process in the Middle East under the premise that the only safe Israel is a "fortress Israel" - armed, vigilant, and perpetually under siege.

It is hard to know how much to believe of Ostrovsky's tale, particularly as he portrays himself as a traitor to his own organization for whom deception and role-playing are well-honed skills. As an author of espionage fiction (under my pen name, Lior Samson), much of it centered around Mossad, I can comment on the veracity of only parts of Ostrovsky's narrative. Much of it rings true, at least in smaller detail, and those pieces for which independent public sources are available mostly check out. In a few cases there are minor technical errors in areas of my own expertise.

However, it is the overall plot, so resonant with paranoid fantasies of a secret order working at odds to the ordinary reality of international relations and internal politics, that is hardest to swallow. Most likely, none of us on the outside will ever know the true story of what happens inside Mossad or other intelligence agencies. Ostrovsky might be presenting the real truth or he might be making up stories, at least in parts. From my own dealings with other insiders from the clandestine services, I am more inclined to trust a somewhat less dramatic account, such as in The Volunteer, by Michael Ross.

All in all, this is a required addition to anyone interested in espionage in general and Mossad in particular.
Read more
3 people found this helpful
Helpful
Report abuse

Blue Mango
4.0 out of 5 stars the real deal
Reviewed in the United States 🇺🇸 on March 16, 2012
Verified Purchase
Given the situation on the ground, we can accept that the whole story cannot be told at this time (maybe never), but what the author was willing (and able?)to reveal already gives us a solid feel for how the Mossad operates outside of Israel - both in the intelligence gathering field, which goes on unabated 365 days a year in the more important Western target countries, and in the covert action department, which is always on the lookout for ways to create rifts and divisions in the Arab target countries on the principle that the more mayhem it can create, nationally or internationally, the better for Israel.
The gnawing thought that stayed with me all through the novel, however, was: how long can Israel keep this 'hard' facade up?
It has managed, since 1945, to alienate all the Arab countries and almost all of the Western countries. Asian countries have kept their comments to themselves, but it would be hard to find a major Asian player supporting Israel's extremely aggressive position towards the West Bank and Gaza Strip Arabs.
What if America, whose list of 'friends' is shortening by the day, one day decides to drop Israel?
The author is right: it is time to find a long-term policy, a middle road between the mailed fist and the helping hand. People like him in the Mossad and in Israel, having proven beyond doubt their 'warrior ' image, should be given a chance to show that they can also be diplomats.
Pen and sword; not just sword alone.
Read more
3 people found this helpful
Helpful
Report abuse

The ending is pretty weak, we are supposed to believe that Victors (book author) old friend send a kidon (Mossad assassins) group to 'take care' of Victor. It is also my opinion that the author over stretched when he vouched that Bush Sr had nothing to do with the Iran-Contra affair. Read 'Compromised' for a believable account of the involvement of many 'well placed' individuals in the Iran-Contra affair. Nevertheless, I find most of the book to present itself as being fairly credible.

More thrilling stories of almost impossible levels of Mossad skulduggery. I'm sure most readers will find themselves very thankful for the fact that the Mossad is, mostly, thousands of miles away.

The Mossad is simply too important to not get educated about. This is another good insider account by Victor Ostrovsky.
Read more
10 people found this helpful
Helpful
Report abuse
See all reviews

Darek Baingo
5.0 out of 5 stars *$*!*@*$#(+
Reviewed in Canada 🇨🇦 on August 26, 2013
Verified Purchase
An excellent follow-up to "By Way of Deception". It is always easy to "diagnose" neurosis or attribute another person's experiences to selective memory. However, intelligence operatives at this level in the M..d are selected precisely because of their loyalty, intellect, memory, and natural abilities for the work...