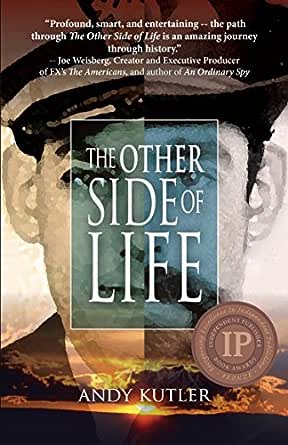 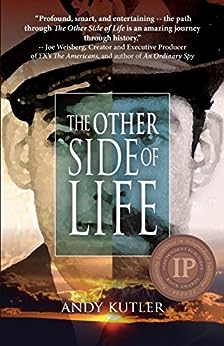 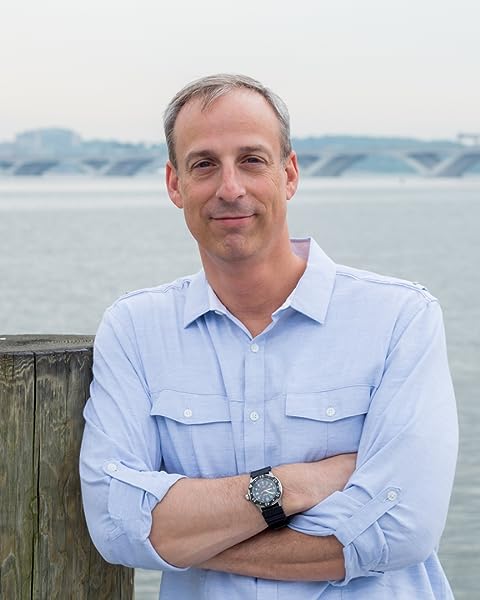 The Other Side of Life Kindle Edition

"With amazing characterization and a clever use of various genre tropes, this is a fascinating adventure through time...The story is artfully paced, limiting its predictability and making for a powerfully charged emotional roller coaster...a fabulous character study of a man torn by loss and shattered by war, but who refuses to lie down and die." - Foreword Reviews --This text refers to the paperback edition.

Andy Kutler is a writer living in Arlington, Virginia. A native of Madison, Wisconsin and a graduate of Michigan State University (B.A.) and Georgetown University (M.A.), he has previously worked on the senior legislative staff of two United States Senators before serving as a senior policy officer with the U.S. Secret Service. He is working today as a consultant to the national security community.
While Andy’s writings have appeared in The Huffington Post and the Milwaukee Journal Sentinel, The Other Side of Life is his first novel. Andy's interests include travel, military history, his Wisconsin sports teams, and most importantly, spending time with his wife and two children. You can learn more about the author at www.andykutler.com. --This text refers to the paperback edition.

Chanticleer Book ReviewsTop Contributor: Historical Fiction Books
5.0 out of 5 stars A captivating historical military story that blends genres-crosses through time & space - an intriguing story & great action!
Reviewed in the United States on March 2, 2017
Verified Purchase
The Other Side of Life by the first-time author Andy Kutler will take you by surprise. This time-spanning book covers two major wars in United States history: World War II and the Civil War - but not how you might think. Kutler pulls this off with an intriguing storyline and well-orchestrated action sequences that put us in place and time.

The story opens on the deck of the battleship Nevada, part of the U.S Naval fleet on December 7th, 1941. The Japanese fighters rip apart the battleships moored in place. During the attack, Commander Malcolm (Mac) Kelsey is severely wounded - and this is where the story gets interesting.

Kelsey encounters a certain Mr. Leavitt who offers him a choice: stay right where he is in his broken condition; or, go somewhere else - a place known as The Other Side of Life - where all of his memories are wiped clean. A do-over, if you will.

Kelsey chooses the latter, but this other side of life is no better - and in some respects worse - than before. He's fighting for the Union Army in the Civil War. But something has gone wrong: he has retained all of his memories, making him a man outside his own time.

For four years Kelsey fights for the Union Army, and throughout this period, he struggles (understandably so) with trying to make sense of why he is where he is, and how this all come to be. Upon the conclusion of the war, Kelsey encounters Mr. Kelsey again and faces another choice.

That choice is perhaps the most interesting and most jarring aspect of the book. The author never does explain quite where it is that Kelsey has gone. A brilliant move! Any reader having even the slightest bit of religious background or spiritual awareness will quickly associate this with heaven - or maybe purgatory - or even nirvana. Using this ambiguous device enables readers to ponder questions like, what would they do in a similar circumstance - the same thing, or maybe something different?

A captivating historical military story that blends genres and crosses through time and space. Kutler has a flare for describing situations at hand - his descriptions of the Pearl Harbor attack are impeccable - and he brings in multiple characters to help the story unfold. The story may be a bit unwieldy at times, but in the end, Kutler manages it well even providing an unexpected twist making The Other Side of Life is a satisfying and worthy read. Highly recommended.

Sandi Bernhardt
5.0 out of 5 stars The Other Side of Life is a FANTASTIC PIEE OF LITERATURE ---accurate history of the bombing of ...
Reviewed in the United States on August 18, 2015
Verified Purchase
About 55 years ago, Leon Uris wrote the book "Exodus". I can remember reading with gusto--I took 3 days off of medical school and read the entire book [Dr Lou Bernhardt] In the intervening 55 years, although I have read a few books unrelated to medicine, it always seems to take a couple of months to read regardless of the length of of the book. NOT THIS TIME..In the last two days, I have been captivated by the main character, Mac Kelsey and all of the other characters which you have so skillfully developed. The Other Side of Life is a FANTASTIC PIECE OF LITERATURE ---accurate history of the bombing of Pearl Harbor and of the Civil War, drama, certainly life lessons which I encourage every reader to take note of. Not only did I read the book, I lived the book. THIS IS A MUST READ. Congratulations on your first of many novels...Dr Louis Bernhardt
Read more
7 people found this helpful
Helpful
Comment Report abuse

BookReader
5.0 out of 5 stars Is there "another side"?
Reviewed in the United States on September 6, 2015
Verified Purchase
This is a captivating story which moves at a good pace and keeps the reader's interest. Even someone who doesn't like "war stories" will find this novel imaginative and thought provoking. The characters are very well drawn and developed through fast paced and convincing dialogue. This book would make a good movie! More important than just the "story" are the questions implicitly suggested in the plot. What is the "other side" of life? What is an "afterlife" so to speak. If given a second chance ( some form of reincarnation) could we "do it better" the next time around? Do we get a chance to "see again" the loved ones who have gone before? This book provokes some interesting "theological" questions, which do not overwhelm the plot. The author resolves some of the questions, but leaves enough ambiguity for a reader to ponder his own answers.
Read more
3 people found this helpful
Helpful
Comment Report abuse

T L
5.0 out of 5 stars Time travel with a twist
Reviewed in the United States on January 2, 2016
Verified Purchase
An author that creates characters that cause the reader to become attached to them and situations the reader hungers to see resolved is worth five stars. I was a little dismayed when the protagonist disappeared shortly after the start as the other characters were fleshed out. As the story progressed I began to understand why and that contributed to my enjoyment of the book.

If you are a time-travel fan and interested in alternative views of the afterlife don't miss this one. Plus, the author is a fellow Spartan !
Read more
2 people found this helpful
Helpful
Comment Report abuse

gollywog
5.0 out of 5 stars Extremely entertaining.
Reviewed in the United States on August 17, 2015
Verified Purchase
I pre-ordered this novel and eagerly anticipated its arrival. Found it to be as exciting and thought-provoking as I'd expected. Great use of historical circumstances and intertwining of events, past and present (well, present in the time-frame of the latest and opening event). In-depth character development which follows through the years as they progress. The author leaves bits and pieces unanswered at first but then thoroughly wraps them up in a surprise bundle at the end. Extremely entertaining.
Read more
7 people found this helpful
Helpful
Comment Report abuse

Heather Oliver
5.0 out of 5 stars Historical settings, timeless human efforts to bring justice and rejoin with loved ones
Reviewed in the United States on February 3, 2016
Verified Purchase
This story blazes through time and locations with the names and faces of many characters both left behind and resurfacing, much as I suspect I would feel having actually lived through them, as a man deeply frustrated. Kelsey becomes acquainted with his own existence between lives, and struggles to discover the purpose of being sent to live another life, in history, far removed from a newly deceased daughter with whom he aches to be reunited.
Read more
One person found this helpful
Helpful
Comment Report abuse
See all reviews