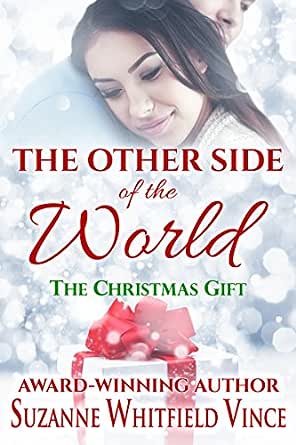 Audiobook
$0.00
with membership trial
Other sellers & formats from $0.99 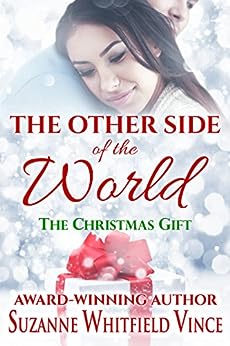 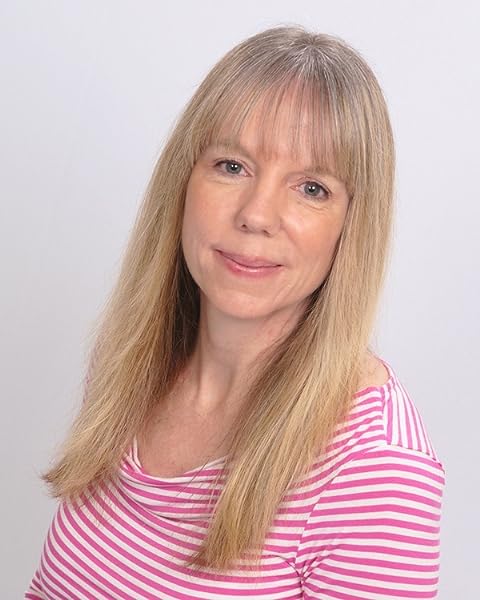 The Other Side of the World: The Christmas Gift Kindle Edition

(ajk) avid reader
4.0 out of 5 stars A sweet and enjoyable novella
Reviewed in the United States on December 12, 2016
Verified Purchase
If you could have anything in your life changed what would it be?

Talia has grown up without her mother since she was seven. She had always thought she was dead until her father surprises her with two big boxes. Gifts from her mother from age 7-18. Now she is wanting answers. Where has her mother been? Is she still alive? Why would any mother leave her child? As questions surround Talia, she starts to question her relationship with her father and her fiancé, Jack. If her mother can leave, how does she know others won't do the same?

A truly wonderful read for any time of the year. And a great addition to the "Other Side of the World" series.
Read more
One person found this helpful
Helpful
Report abuse

Robin Diebold
5.0 out of 5 stars A story of forgiveness that you don't want to miss
Reviewed in the United States on December 8, 2016
Verified Purchase
This is a great story. I was pulled in by the first book and this one is no different. I love reading Christmas books and this story is no exception.
Talia and Jack are learning to lean on each other and to trust each other. A quick read that leaves you feeling good.
Read more
One person found this helpful
Helpful
Report abuse

Book Lover
4.0 out of 5 stars Loved it
Reviewed in the United States on February 13, 2017
Verified Purchase
Perfect ending to a lovely emotional story of jack and Talia. Who can't fall for Hadi? Loved it! Don't miss the first two books. Great stories both.
Read more
One person found this helpful
Helpful
Report abuse

Pamela
5.0 out of 5 stars Love endures!
Reviewed in the United States on December 6, 2016
Verified Purchase
I am always drawn to Christmas stories! This book by Suzanne Whitfield Vince did not disappoint! I loved the emotional family attachment. Combined with the sexy though at-times bumpy relationship between the two main characters , Vince creates a great romance novel. The storyline and the way it ends leaves me eager to hear more about Talia, Jack and their beautiful family.
Read more
One person found this helpful
Helpful
Report abuse

Patricia King
5.0 out of 5 stars Great addition to Talia's story.....Compelling, fast paced, and intriguing read.
Reviewed in the United States on March 18, 2018
At home in San Francisco, California, Talia begins to rebuild her life with her newly adopted daughter, Hadi. She had treated Hadi as a patient in South Sudan while working there on a six month volunteer tour with a missionary medical group. She fell in love with the orphaned child and adopted her with the help of fellow doctor and lover, Jack McCabe. Jack did not not return to California with Talia and Hadi. However, after being home for two months, who should appear on the steps of her condominium, but the man she loves. Deciding whether she should take Jack back after leaving her and Hadi in South Sudan, she ultimately gives him a second chance. After all, she can't resist him, as she loves him so.

From there, the story revolves around her father, and the loss of her mother. Talia is determined to talk to her father about her mother, so she can learn about the type of woman she was and to find out more of her maternal background. After a particular emotional conversation with her father, following Hadi's 8th birthday party, Talia becomes distraught and becomes paranoid, that Jack too, will eventually leave her. Thus, she begins to avoid him and their relationship. Will Jack stay, as he has told her? If he does stay, will she finally agree to marry him? Will she come to terms with her mother's disappearance in her life? Does she find out what exactly happened to her mother? Read this beautiful story of love, loss and forgiveness to find out.

I highly recommend this Novella. I was afforded a copy of this book by the author. This is my honest and humble opinion.
Read more
Helpful
Report abuse

Nikki's Nighttime Reads Blog
5.0 out of 5 stars Very sweet and compelling!!
Reviewed in the United States on December 24, 2016
I voluntarily agreed to review this book for an honest review and I loved it! Every single second of this book was breathtaking! I love Talia's story so much she is incredibly strong and amazing! She guards her heart to protect herself from more heartache after what she believed happen to her her mother and what happened to a former boyfriend. But, this Christmas season she gifts the best present she could ever ask for to bring her family all together and make it finally whole. This is a must read but, highly recommend to read the book about Talia's whole story first! Suzanne Whitfield Vince is a phenomenal, breath taking writer and I just love her books! I can't wait to read more from her!
Read more
One person found this helpful
Helpful
Report abuse

Sandy
5.0 out of 5 stars Great Weekend Read
Reviewed in the United States on December 10, 2016
A great weekend read. A little suspense wrapped around a lot of love. The need for family and relationships makes this a truly delightful story. I look forward to reading the next installment about this family. Suzanne Vince writes in a way that draws one right into the story and creates an instant connection with the characters.
Read more
One person found this helpful
Helpful
Report abuse

Dotty
5.0 out of 5 stars Heart-warming
Reviewed in the United States on November 29, 2016
If you liked Talia and Jack's story, you will love this book. A very heartwarming story. Its a great quick read. Take it on a trip,to the beach,mountains, snuggle up by the fire. Get pulled into the story fast.
Can there be forgiveness and how about a bit of patience? It's

I receive complimentary books for review from publishers, publicists, and/or authors. I am not required to write positive reviews. The opinions I have expressed are my own. I am disclosing this in accordance with the Federal Trade Commission's 16 CFR, Part 255
Read more
One person found this helpful
Helpful
Report abuse
See all reviews

Amazon Customer
5.0 out of 5 stars Wonderful read
Reviewed in the United Kingdom on November 18, 2016
Verified Purchase
Just like the previous stories I was not disappointed. Love this series and I look forward to reading the next episode. I can't wait. Thank you for letting me in to your world x
Read more
Report abuse
See all reviews