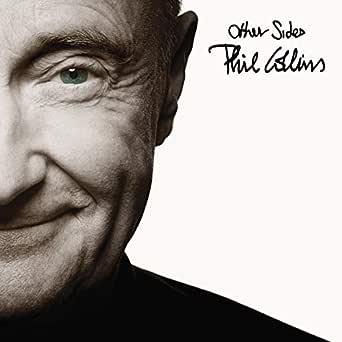 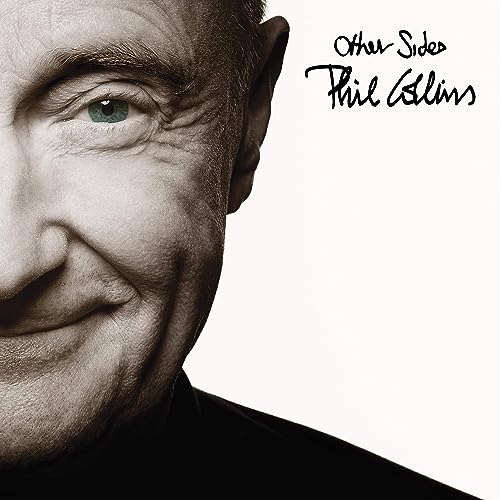 Michael KernerTop Contributor: Hedgehogs
HALL OF FAMEVINE VOICE
4.0 out of 5 stars Yet Another Side Of The Story
Reviewed in the United States on May 31, 2019
Honestly, the past few years have shown to be nothing but joy and a revival for Phil Collins. Personally, his songs have already set a benchmark for pop artists to come that they should think with their songs, rather than be pop-tarts. Something Phil had delivered with throughout his own career with high and lows. Yet, after Phil choosing to retire from touring back in 2010, he had came back and celebrated his legacy in many ways: remastering his solo catalog, wrote a autobiography, and even started touring again ( despite Collins not being able to play the drums anymore.) Surprisingly, there have been many new albums from Phil's back catalog this past year and this year he didn't even think would come around. Earlier this year, he re-released his 1990 Serious Hits Live album with much to his hard core fan's delights. Now, there is a B-Sides collection that really seem to be like a cash grab, but at the heart it works well on its own.

Other Sides, is a compilation of Phil Collins B-Sides songs and demos from his singles released from 7 of his 8 studio albums. The compilation does have some good songs which in itself could've been a part of his actual albums, and a handful of demos that works just as strongly as the big hits they were destined in time to become. The demos have been remastered well, and it is surprising how strong this compilation is in song choice. There are some songs here that could've been on the respected studio albums they were recorded for like The Man With The Horn which sounded better than most of the tracks from Hello I Must Be Going, and For A Friend which was considered for Both Sides. You also get a sense of where Phil wanted to go deeper into his songs, the biggest case in point is the Homeless (Another Day In Paradise Demo), which works better than the actual Another Day In Paradise demo from the But Seriously deluxe edition released 3 years ago. There are also some songs here which have the similar sound that were meant for his bigger songs: I Like The Way with a rhythm that Sussudio from No Jacket Required famously matched and It's Everywhere (themed for Dance Into The Light which Wear My Hat was conjured.) There is a kicking take on the Smokey Robinson & The Miracles hit Tears Of A clown that could've been placed on Phil's last album Going Back back in 2010 that actually could've worked into that re-release as well.

Other Sides though does have a few disadvantages as well. The first one is that it does overlook the B-Sides from Testify, Phil Collins 2002 album. That in itself is not a surprise though, considering all of the B-Sides were re-released on the testify (Deluxe Edition) itself. Sadly in itself, that if you hoping for another good delight from Testify like Hey Now, Sunshine, you aren't going to find it here. Also, if you a more recent Phil Collins fan, and you had just discovered his music for the first time, with purchasing his remastered albums from a few years ago, you may not find this album to be nothing more than a cash grab. Still, it does work well for the hard core fans that have stood with Phil for his own solo voyage since 1981.

Still, despite a few faults, and a cover that mirrors the back of the Both Sides re-release cover on the front, Other Sides does suit the hard core Phil Collins fan mostly well. While some may think it isn't a must buy, considered from Phil's Catalog already, it still is a better album to consider, if you had felt turned off from last year's Phil Collins Plays Well With Others compilation boxed set. Still, I would suggest you give this album a shot, because there are some good B-Sides that do work the magic well, and mirrors the other sides from Phil Collins's story that people have just known from him for years. Give this album a shot.

David Hussey
5.0 out of 5 stars SOOO Glad to Have These Missing Tracks!
Reviewed in the United States on May 31, 2019
"The Man With The Horn."
"For A Friend."
Two of Phil's BEST tracks, let alone b-sides! For those who didn't get them when they were released orginally, here they are, along with other gems not included on the recent remastered collections. Those two alone are worth it--especially "The Man With The Horn," which has never before had a digital release--but the rest are great, too. (Another great release is the demo trio from "Face Value," which was also only on vinyl--remember "Drawingboard," the b-side to "If Leaving Me Is Easy?" Well, now you can hear these demos much better without all the crackling that the singles all seemed to have!
Get this to support this kind of release, and hopefully, we'll get more gems unearthed from his archives.

ALSO--I'd be remiss if I didn't say how great "Broadway Chorus," the demo for "Something Happened On The Way To Heaven," is. It's got a different, and much better, more melodic and catchy chorus than the final version, and if you don't know it, you should.
I read pre-release notes that said these tracks were not remastered, but they all have been mastered for this release and sound terrific--not squashed nor harsh, just really really nice.

Again, I'm so glad they listened to the fans and have released all these tracks which we missed from the "Take A Look At Me Now" re-release campaign. I'm very grateful, and I know my friends have been clamoring for these tracks, too.
Read more
One person found this helpful
Helpful
Comment Report abuse
See all reviews