Our Band Could Be Your Life and millions of other books are available for Amazon Kindle. Learn more 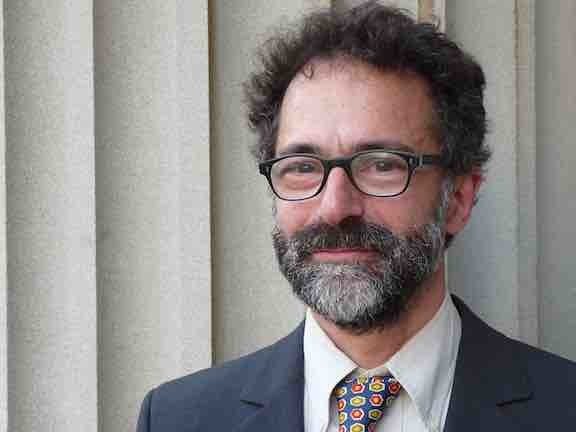 Azerrad crisscrosses the American landscape of nineteen-eighties "underground" rock music, from Washington, D.C. (which spawned such bands as Fugazi and Minor Threat), to Washington state (Mudhoney, Beat Happening). He profiles thirteen bands that came of age before Nirvana closed the gap between alternative rock and the mainstream market, and the best stories here are the most marginal, such as the chapter on the explosive Boston band Mission of Burma. Even in his treatment of better-known bands, though, Azerrad does a fine job of demonstrating how the post-punk prime movers of the eighties echoed the original rock-and-rollers of the fifties—springing from a complacent political climate to reject the sentimental excesses of the music that preceded them.
Copyright © 2005 The New Yorker

"Altogether rockin'...Azerrad's coup here is in getting most of the major players to talk...A scrapbook from the last time music mattered."―Patrick Beach, Austin American-Statesman

"A timely reminder that Cobain and company were merely a key regiment in the motley alt-rock army...Our Band Could Be Your Life narrates, down to the homemade posters and tour van repairs, how these bands gradually built up an audience large enough to make record labels and critics take notice."―Benjamin Nugent, Time.com

"In the decade Azerrad covers, indie America proved that world-class rock could be created outside corporate structures...Our Band Could Be Your Life passionately resurrects thirteen indie groups...Azerrad is adept at drawing out musicians' war stories -- and this bare-bones movement was full of them."―Eric Weisbard, New York Times Book Review

Michael Azerrad is the author of the books Our Band Could Be Your Life: Scenes from the American Indie Underground 1981-1991, and Come As You Are: The Story of Nirvana. His writings on music and musicians have appeared in numerous magazines, including Rolling Stone, the New Yorker, Spin, and the New York Times. He lives in New York City.
Read more
Start reading Our Band Could Be Your Life on your Kindle in under a minute.

4.7 out of 5 stars
4.7 out of 5
364 global ratings
How are ratings calculated?
To calculate the overall star rating and percentage breakdown by star, we don’t use a simple average. Instead, our system considers things like how recent a review is and if the reviewer bought the item on Amazon. It also analyzes reviews to verify trustworthiness.
Top reviews

NittyGritty17
5.0 out of 5 stars Our Band Could Be Your Life (Bringing Underground Music Above Ground(
Reviewed in the United States on November 7, 2014
Verified Purchase
Our Band Could Be Your Life is a very throrugh book with about 590 pages to read.
If you are of the age group of the 'Indie' records, you will identify and like reading about the known groups. If you missed the generation and always wondered what it was all about, you'll learn about what these groups went through just for getting their music heard.
I was impressed with their desire to make their own songs, have a friend make the labels and distribute their records the old fashion way, locally. All this with boyhood angst, they created a new genre.
I might add, there are quite a few youtubes with footage from many of their gigs, so you can listen to them. I found this most helpful whilst reading each chapter. ~
Read more
4 people found this helpful
Helpful
Report abuse

Jeff Scherer
4.0 out of 5 stars Inspirational, Enlightening, Hilarious
Reviewed in the United States on September 10, 2001
Verified Purchase
I picked up a copy of this book, almost expecting it to be like medicine: here are bands that I should have been more familiar with during my teen years in the eighties, so I'd better buckle down and learn about them.
As it turned out, I was hooked from the first chapter about the shenanigans of Black Flag. This is a very entertaining read, not only for the standard stories of punk rock misbehavior (the Butthole Surfers chapter alone is worth the cost of the book), but also because the reader can't help but be struck by the dedication and sacrifices made by these artists. Their work ethic was astounding, and the rewards few and far between. Every spoiled college student, every armchair punk who sniffs about their once-favorite band selling out should be have this book carved into their sunken chests.
Azerrad does a great job of combining entertaining storytelling with insightful analysis. Each band profiled had a different personality (or several), but they all show up in each other's stories, and the reader is afforded a view of the larger picture that is often lacking in individual bands' stories. As you read, you understand why he chose the bands he did, though there are a few more I would like to have seen profiled, as they are mentioned so often in the book as influences, e.g.: Dead Kennedys, Bad Brains and Meat Puppets.
I finished this book right around the time the Video Music Awards were on MTV, and I'm ready to start an underground band now. We need another revolution! Any volunteers?
Read more
10 people found this helpful
Helpful
Report abuse

Ethan
4.0 out of 5 stars Surprising book
Reviewed in the United States on May 29, 2020
Verified Purchase
I enjoyed reading this book even though I wouldn’t like most of this music then or now. The author does a good job of making the music appealing and exciting. Most of the people are intriguing. Some are even admirable
Read more
Helpful
Report abuse

Nicholas Carr
5.0 out of 5 stars A very insightful look into the birth of Alternative Rock
Reviewed in the United States on January 25, 2014
Verified Purchase
Prior to reading this book, I wasn't extremely familiar with the majority of the bands within it. I had followed Minutemen, Sonic Youth, Big Black, and Husker Du extensively because of their popularity and acclaim within my circles of friends, but I had never known anything about Black Flag's sordid history, Beat Happening's metamorphosis from a noisy garage band to a crisp-sounding Twee band, Muhoney's exploration of studio sound and songwriting approach, or The Replacement's interest in the past and the future and how that factored into what music they played.

These were the Punks after Punk, No Wave, and Post-Punk had all fizzled out and they were extremely instrumental in shaping the music industry of today and the widely accepted independent style that is utilized by all sorts of bands and artists. It's very worth buying this and learning about the history of these bands.
Read more
3 people found this helpful
Helpful
Report abuse

J. Edgar Mihelic, MA, MBA
5.0 out of 5 stars I want it to be my life
Reviewed in the United States on February 18, 2018
Verified Purchase
This is an awesome book, if you ever wanted to be in a band. Or if you just like music and you want to see the dirt under the fingernails. There is a larger arc of an underground that comes to prominence, but the stories are self-contained so if you don't like Happening, you can just jump over to Fugazi. (Dude who wrote this went deep into Fugazi, so there's plenty there.)
Read more
Helpful
Report abuse

David E. Hintz
5.0 out of 5 stars Second Wave Punk Classic
Reviewed in the United States on October 14, 2001
Verified Purchase
Michael Azerrad has written another gem. He is truly one of my favorite writers working the punk beat. In this one, he traces several 80's punk bands through the exciting artistic triumphs and the mostly insurmountable business obstacles. I knew many of the artists and some were friends of mine. Azerrad's prose took me back to an important personal history and he nailed it. All the excitement of what we were doing with all the frustration of trying to make a living out of the music. The ending nearly brought a tear to this jaded eye. This is great history and I urge anyone remotely interested in punk music or rock music histroy to give it a read.
Read more
One person found this helpful
Helpful
Report abuse

Tom
4.0 out of 5 stars Great Introduction!
Reviewed in the United States on February 23, 2017
Verified Purchase
This is a pretty decent book! It gives a good starting point for all of the bands featured and it's pretty excellent to see how some of them connect.

I found it slow-going at times, but I think part of that was my own focus.

Overall, if you're interested in this tumultuous time in music or if you've got a liking for one or more of the bands contained therein, it's definitely worth a read :)
Read more
Helpful
Report abuse
See all reviews

J. Cadden
5.0 out of 5 stars Freak seen
Reviewed in the United Kingdom on December 1, 2015
Verified Purchase
I originally read a borrowed copy of this in 2006 whilst travelling coast to coast across America by train and bought it when I got home and lent it out only to never see it again. Wanted to read it again so bought this and read it over the space of about a week, every bit as enjoyable second time round, very well written, a credit to the author. Prompted me to by the Big Black album and ep which were the only two of their studio albums/ep's I didn't own on vinyl and same with two Killdozer albums
Read more
One person found this helpful
Report abuse

Brian Bell
5.0 out of 5 stars Sounds from the underground
Reviewed in the United Kingdom on June 28, 2016
Verified Purchase
Brilliant book covering the history of some of the most important bands in American sub-culture.

When you read this you will be heading back to Amazon to see if you can get some absolutely belting albums by bands like Husker Du, Black flag and The replacements.
Read more
One person found this helpful
Report abuse

Richard Butterwhistle
5.0 out of 5 stars This Book Could Be Your Life...
Reviewed in the United Kingdom on May 19, 2016
Verified Purchase
I haven't even finished the book yet, but it is brilliant! I normally struggle to read books like this, but I am loving it. Easy to read, very interesting, & a good blend of bands/genres to provide for everyone!
Read more
One person found this helpful
Report abuse

Page 1 of 1 Start overPage 1 of 1
Previous page
Next page
Pages with related products. See and discover other items: history of life, george michael biography, group theory, rock music history
Back to top
Get to Know Us
Make Money with Us
Amazon Payment Products
Let Us Help You
EnglishChoose a language for shopping. United StatesChoose a country/region for shopping.
© 1996-2021, Amazon.com, Inc. or its affiliates