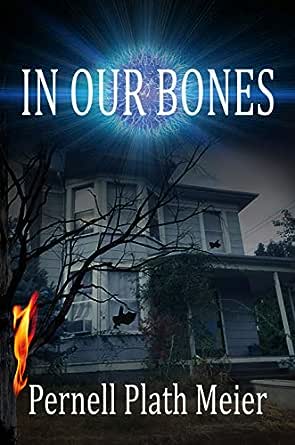 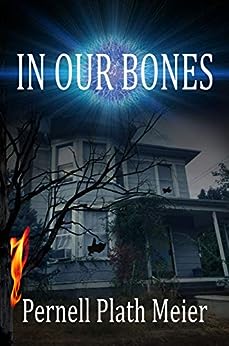 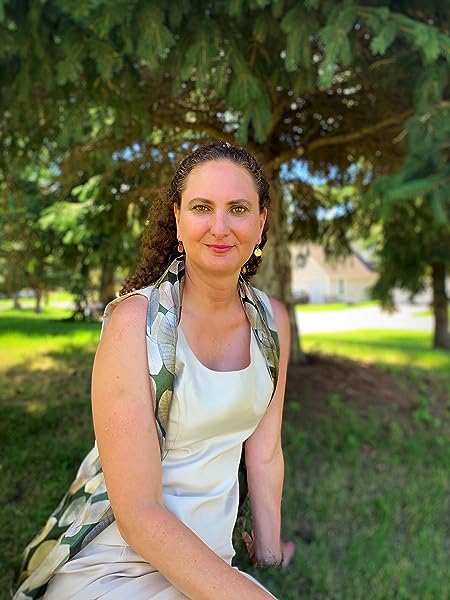 In Our Bones Kindle Edition

Grady HarpTop Contributor: Children's Books
HALL OF FAMETOP 500 REVIEWER
5.0 out of 5 stars ‘People need loving the most when they deserve it the least’
Reviewed in the United States on October 22, 2020
Verified Purchase
Minnesota author Pernell Plath Meier earned her degrees in science (biology, anthropology, environmental studies) as an undergraduate, followed by graduate degrees in sustainable agriculture and anthropology from Iowa State University, and has worked in ten countries as well as in Kentucky where she helped farmers transition from tobacco production to local foods. Pernell is a committed environmentalist and humanist, deeply concerned about climate change and political issues,

Though IN OUR BONES is the author’s debut novel, the quality of prose and the pungent content announce a writer of significance on the scene. Pernell has written articles about gardening and adoption, but this is her auspicious introduction to the world of writing novels.

Bracing prose is evident from the outset of this excellent novel, when after an introduction to the main character, Lauren, we read: ‘Blinding warm sunshine blasted the open door as she stepped inside. A huge window dominated the royal purple bathroom with crystal suncatchers filling the glass, splitting the light into its constituent parts and sending rainbows dancing across the walls. This room was Lauren’s favorite. She’d never had the money to fix up her whole house the way she’d wanted, but her dad had found the claw foot tub and pedestal sink at an auction and restored them to their former glory. Before he got sick, Dale did things like that for her all the time. He was an attentive father to both Lauren and her sister, Rachel. Though it seemed there was always a little something extra for her, as if he was trying to make up for some wrong he thought he’d committed. Lauren could never tell him why things really changed between them…’ Facile and eloquent writing make the inherent challenging messages of this story a solid entry into contemporary literature.

The author’s pertinent and topical views about the world in which we live flow forth in a compelling story: ‘Lauren’s happy childhood on a farm in Minnesota is shattered after an assault during her teen years, and she retreats into her own world as America falls apart. Hers was the last generation to grow up before the economic collapse that followed the Corona pandemic. Amidst roiling climate chaos, the government has been taken over by extremists, incompetents, and con-men who tear the country apart while clinging to power. Lauren is swept up in the madness when she falls for the wrong man. She’s looking for love and safety, but Bryan becomes distant and abusive as he obsesses over White Sharia and deepens his ties to the racist patriot militia group. Lauren worries about the safety of her sister and nephew, who is mixed-race. Will Lauren escape from Bryan and keep her nephew safe from danger? In a world where values are tested and morality is unsettlingly murky, Lauren must break free from the constraints in her mind to protect her family.’

This is a dynamic and richly controversial novel that deserves our close attention. Very highly recommended. Grady Harp, October 20

Phil Bolos
5.0 out of 5 stars Realistic fiction that really hits home
Reviewed in the United States on October 24, 2020
Verified Purchase
In Our Bones by Pernell Plath Meier is the story of a young woman named Lauren living in Minnesota. At a young age she was assaulted which left a horrible scar on her for the rest of her life. Later on, she meets a man named Bryan who seems to be everything that she needs. But, as the economy continues to fall apart after the Corona Pandemic, Bryan begins to change in many different ways. The government, too, continues to unravel as the politicians become more extreme and it becomes clear that they is no plan in place that will guide the country out of the mayhem and back onto the road of growth and prosperity. More divides begin to show themselves and Bryan becomes involved with White Sharia and starts to show strong hatred towards other races. This scares Lauren because her nephew is mixed race and it will only be a matter of time before he falls into the cross hairs of Bryan's rage.
For a piece of fiction, I have not come across something that is so ingrained in what is happening in our country today. I have read a couple other stories that are focused on COVID and the impact it has had on our country, but this is the first one to look at EVERYTHING that is happening and give us a possible future that seems all too real. In a way, I feel like this is a cautionary tale: we are rapidly approaching an election that really will define out country in many different ways. The events from this story are chilling because we can see those things happening today, and the possibility of our country ending up like the one in this book could be determined in the next few weeks. I highly encourage all to read this, and as you are turning the pages ask yourself what you want our country to look like.
Read more
2 people found this helpful
Helpful
Report abuse

Lorenza Seldner
4.0 out of 5 stars She arrived at adulthood feeling like an impostor to the status.
Reviewed in the United States on October 30, 2020
Verified Purchase
Like most of us, I’ve been following the pandemic and the experts’ opinions about the potential consequences of this historical ordeal. Many speak about the health aftermath; most of them touch on the economy and politics. But there are underlying issues, possibly even more important than the other mentioned, that seldom are discussed at round tables, tv shows, and podcasts. This book does, in an entertaining, engaging manner.
Such topics are related to our human nature and how our physique will forever be changed. This due to two approaches: the first one revolves around new issues born out of the crisis. The second one is the emerge of hidden or disguised troubles: this book is what this is about. It is about an individual with personal issues –like all of us –who faces the grim future—brilliantly written and developed. I liked it a lot.
Read more
2 people found this helpful
Helpful
Report abuse

V.E.
VINE VOICE
4.0 out of 5 stars Dystopian Future
Reviewed in the United States on October 22, 2020
Verified Purchase
In Our Bones by Pernell Plath Meier tells the story of Lauren, a seemingly at risk teen as her home life implodes, she gets involved with the wrong man, and society is crumbling as well. That's a lot to take in, but the story and writing propels you along right from the start, while a strange Dystopian society is developing. Well written, full of intricate detail, this is a finely drawn book about what could possibly happen in the not too distant future. This book addresses issues of racism, politics, and cultural changes that affect nearly everyone. Not for the faint of heart, this is a gritty and sometimes surreal story. Skillfully written, this book is highly recommended for an immersive and different read.
Read more
2 people found this helpful
Helpful
Report abuse

quirru
VINE VOICE
5.0 out of 5 stars Interesting read
Reviewed in the United States on October 24, 2020
Verified Purchase
In Our Bones by Pernell Plath Meier, this is a novel with a moral, the plot is about a woman that is engaged with a man that is abusive and in the auspice of a racist group, she, Lauren has a nephew that is mixed-race and she finds very difficult to keep his relationship and save his nephew at the same time, difficult decision. The book is well written, with twists and turns and more realistic than fantasy, the author can mix her imagination with the real world in a way that looks like a novel, reads like a novel but has a stronger core than only fiction and is written including the COVID pandemic, so I asked myself this is a visionary novel or just the author’s imagination? Good to read.
Read more
2 people found this helpful
Helpful
Report abuse
See all reviews