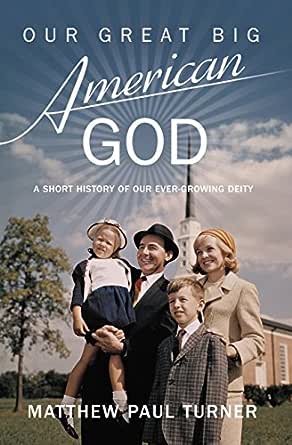 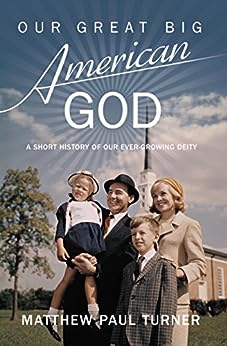 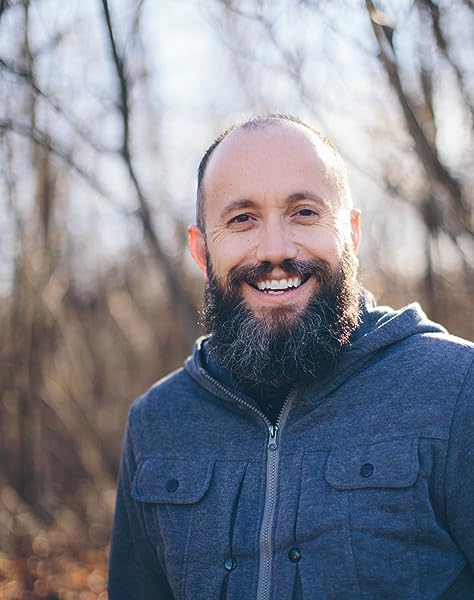 "Fiendishly clever and meticulously sourced."―Library Journal, Starred Review --This text refers to an out of print or unavailable edition of this title.

Matthew Paul Turner is the author of Churched, The Christian Culture Survival Guide, and Everything You Need To Know Before College. Before he began writing and speaking full-time, he served as editor of CCM and music and entertainment editor of Crosswalk.com. He and his wife Jessica live in Nashville, Tennessee. --This text refers to an out of print or unavailable edition of this title.

3.9 out of 5 stars
3.9 out of 5
50 customer ratings
How does Amazon calculate star ratings?
Amazon calculates a product’s star ratings based on a machine learned model instead of a raw data average. The model takes into account factors including the age of a rating, whether the ratings are from verified purchasers, and factors that establish reviewer trustworthiness.
Top reviews

Tom
3.0 out of 5 stars Church Jester
Reviewed in the United States on May 6, 2015
Verified Purchase
We're all familiar with Matthew Paul Turner by now. His shtick is to critique the foibles of evangelicalism/fundamentalism with snarky - make that SNARKY - edginess and scoffing humor. But every court needs its jester and Turner fills the niche. In this latest effort Turner cynically examines the history of Evangelical Christianity in America from the New England Puritans to Mark Driscoll. Of course, Turner had a LOT of dubious history to pick from including the antebellum church's support of slavery, Pentecostal snake handling, preoccupation with prophetic end times, idolatrous American nationalism, Jim Bakker, Jerry Falwell, health and wealth evangelists on TBN, etc. You'll get mad at Turner for his irreverence on one page and laugh along with him as he hits the nail on the head on the next. Yes, the church in America created widely-shared perceptions of God that often had little connection to the God of the Bible. Yet, despite the sheer ridiculousness of many of the beliefs, attitudes, and practices of American believers and despite all the messiness of intra and inter denominational squabbles, the Lord has accomplished His purposes.

I definitely share Turner's annoyance with American Christianity's fervent embrace of nationalism. The short of it is that Christians in this country were taught from the pulpits to view America as God's new covenant chosen nation. As Turner points out, this attitude served the country's leaders and capitalists extremely well. I'm not one to compliment the Jehovah's Witnesses cult but I do believe their teachings regarding politics, governments, and nationalism fit the New Testament model a lot more closely than the red, white, and blue jingoistic patriotism of many Evangelical and Fundamentalist churches (1 Peter 2:11).

I hesitatingly recommend this book. Sure, Turner's choices of what constitutes the major themes of the American Christian story are interesting, informative, and even funny at times but I often cringed at his scoffing, as if the work of the Holy Spirit among imperfect believers is something to be laughed at with contempt. Yet, with Falwellian hyper-nationalism as a prime example, some of our foibles do deserve a critical, Dennis Miller-ish thrashing. Turner covers about 400 years of American Christian history in 220 pages so buckle your seatbelt. If history's not your thing the numerous names, places, and dates may be a bit overwhelming.

Matthew Paul? What's up with that? "Matt" would be fine for most guys. Oops! Sorry. This book is starting to rub off on me.
Read more
11 people found this helpful
Helpful
Comment Report abuse

Reid Mccormick
4.0 out of 5 stars American's obsessed with religion
Reviewed in the United States on May 2, 2017
Verified Purchase
God and country. Take a drive around the highways of America and within minutes you can spot a bumper sticker or two that proclaims love for God and country. On my commute, my wife and I would play a game: who could spot the first “in not of this world” bumper sticker. She usually wins within the first three miles.

In the United States, religion and patriotism are two ends of the same stick. It is unfathomable to be one but not the other. Can you be a patriotic atheist?

All Americans have a complicated relationship with religion, not just the religious or non-religious. Though I wholeheartedly believe that the United States is not a “Christian nation,” religion definitely impacts everyday matters in America.

I picked up Our Great Big American God via a recommendation from a colleague after discussing the role of Christianity in culture. The book is great at explaining the theology of certain groups throughout American history, starting with the Puritans and ending with the Moral Majority. Each group left significant on America, however, the lasting impacts were not really discussed in the book. I guess I was looking for more of an outsider’s view of Christianity in American history.

Additionally, I felt the author tried to throw in some wit here and there and it typically fell flat. At times he would address God like an independent figure and other times treat God like a figment of the collective’s imagination. All in all, it felt disjointed.

The book is good with lots of resources, it just did not fit my taste. I'm now more interested in the resources he used rather than this book.
Read more
2 people found this helpful
Helpful
Comment Report abuse

John Hawthorne
5.0 out of 5 stars Astute analysis underneath the humor
Reviewed in the United States on September 14, 2014
Verified Purchase
Matthew Paul Turner picks up astutely on the ways in which Americans from William Bradford to Walter Rauschenbusch to Jerry Falwell read God into their work. It’s not that they were using God, exactly. They just only saw one pattern. And that pattern seemed to remarkably fit where their own interests lie. Abraham Lincoln’s caution that we should try to find ourselves on God’s side rather than wanting God on our side was lost on many American religious leaders throughout history.

There is great history in the book. If you read the endnotes, you’ll find citations from some of the best religious historians around: George Marsden, Thomas Kidd, Mark Noll, Stephen Prothero. In the last year I’ve read Robert McKenzie’sThe First Thanksgiving, Molly Worthen’s Apostles of Reason (on the rise of evangelicalism), and Randall Balmer’s biography of Jimmy Carter, Redeemer. All of these books, plus others I’ve read tell similar stories to what Turner shares in this little book. In other words, his history is solid even if understandably abbreviated.

The writing style is a combination of Sarah Vowell and Kurt Vonnegut; wry, slightly irreverent, managing social commentary while quietly admiring the intent of the actors in the story (for the most part). It made me miss the days when I faithfully read The Wittenberg Door.

What’s surprising about the book is that it’s more than a funny read of issues in American religion. Pay attention and you find a deep analysis of the dangers of syncretism and civil religion. It’s what happens when we pay more attention to ourselves and our own religious systems that we do to the God who is acting in our midst.

The book also provides something of an atlas to the contemporary issues in American Evangelicalism. The kaleidoscope patterns that defined early groups can still be found in today’s expression. While Turner helps connect those dots along the way, it’s pretty easy to see how the varied strands of religious expression continue to take shape.

Yes, the book is a light-hearted look at the way we think about God in America. But more than that, it’s about how people wrestle to make sense of the incomprehensibility of the Creator and Sustainer of the Universe. It calls out those who would reduce that God to a product to be managed (which he characterizes as GOD®) and requires us to maintain an appropriate intellectual humility.
Maybe then we can understand the story that God is actually writing rather than the patterns we think we see.
Read more
One person found this helpful
Helpful
Comment Report abuse
See all reviews from the United States