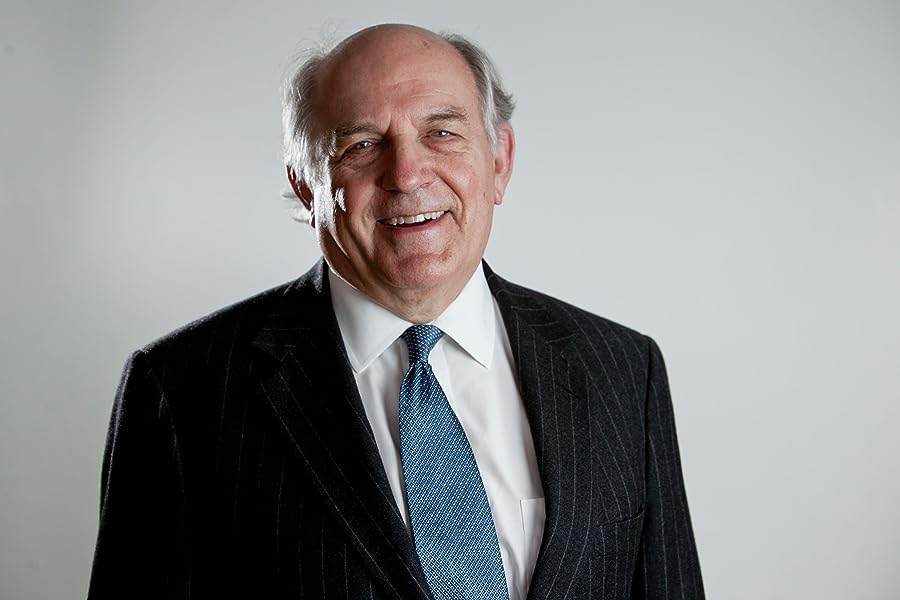 In Our Hands: A Plan to Replace the Welfare State Paperback – June 2, 2016

by Charles Murray (Author)
4.6 out of 5 stars 22 ratings
See all formats and editions
Sorry, there was a problem loading this page. Try again.

Imagine that the United States were to scrap all its income transfer programs—including Social Security, Medicare, and all forms of welfare—and give every American age twenty-one and older $10,000 a year for life.This is the Plan, a radical new approach to social policy that defies any partisan label. First laid out by Charles Murray a decade ago, the updated edition reflects economic developments since that time. Murray, who previous books include Losing Ground and The Bell Curve, demonstrates that the Plan is financially feasible and the uses detailed analysis to argue that many goals of the welfare state—elimination of poverty, comfortable retirement for everyone, universal access to healthcare—would be better served under the Plan than under the current system. Murray’s goal, shared by Left and Right, is a society in which everyone, including the unluckiest among us, has the opportunity and means to construct a satisfying life. In Our Hands offers a rich and startling new way to think about how that goal might be achieved.
Read more
Previous page
Next page

Give the gift of Audible
Put the joy of great stories at their fingertips. Learn more

[Charles Murray] has done more to provoke serious debate on subjects ranging from welfare to IQ than any of the million or so members of American academe, and more to produce changes in America's welfare state than any of the army of professional politicians., The Economist

What causes poverty in America? Lack of money. It’s that simple. And Charles Murray is simple-minded. All geniuses are. Let King Gordius of Phygia stand for Congress, the courts, and the executive branch. The yoke of social welfare programs has been tied to the chariot of politics with a not so ingenious that no one can unite it. Now read In Our Hands and watch the sword of Alexander the Great—or, rather, the pen of Murray the Brilliant—sever policy’s tangled skein. -- P.J. O'Rourke

In a world of timid prevaricators and world-weary complacency, thank God for Charles Murray. In this brief, but profound tract, he restates the obvious: that government is in the way of longer, safer, happier lives for all of us, and that we have the power to remove it. . . . We need his voice now more than ever, and in this book, it is as piercing, honest, and rigorous as ever. -- Andrew Sullivan

Charles Murray is the W. H. Brady Scholar in Culture and Freedom at the American Enterprise Institute. His previous books include Losing Ground (1984), In Pursuit (1988), The Bell Curve (1994, with Richard J. Hernstein), What It Means to Be a Libertarian (1997), and Human Accomplishment (2003). He lives in Burkittsville, Maryland.

Charles Murray is a political scientist, author, and libertarian. He first came to national attention in 1984 with the publication of "Losing Ground," which has been credited as the intellectual foundation for the Welfare Reform Act of 1996. His 1994 New York Times bestseller, "The Bell Curve" (Free Press, 1994), coauthored with the late Richard J. Herrnstein, sparked heated controversy for its analysis of the role of IQ in shaping America's class structure. Murray's other books include "What It Means to Be a Libertarian" (1997), "Human Accomplishment" (2003), "In Our Hands" (2006), and "Real Education" (2008). His 2012 book, "Coming Apart" (Crown Forum, 2012), describes an unprecedented divergence in American classes over the last half century. His most recent book is "By the People: Rebuilding Liberty Without Permission" (Crown Forum, 2015).

He maintains that this plan will change major dynamics of our society. For example, it will minimize government influence to achieve soi-disant desirable ends through the power of the purse. It will, he maintains, incentivize individuals to make responsible decisions. For instance, it will encourage people to form stable relationships, because two can live better on $20,000 per year than one on $10,000. He says this no-strings-attached stipend will incentivize private charity, as was the norm through the early part of the Twentieth Century. He describes other ramifications of this plan which will, generally empower individuals, and reduce their dependence on government programs.

His arguments are persuasive to me, but I can't work through their nuances or address the many obvious objections to the idea of a no-strings-attached stipend for everyone in a brief review. The book itself, though, works through many of these and outlines the wide scope of changes that such a plan would bring about. No matter whether the reader agrees with the conclusions or not, the book may stimulate thought and discussion.
Read more
20 people found this helpful
Helpful
Report abuse

MDeWayne Adams
5.0 out of 5 stars Intriguing Idea
Reviewed in the United States on February 16, 2017
Verified Purchase
An intriguing idea that I had vaguely heard referenced in an article before, but here spelled out in some detail. The author lets readers know of shortcomings and hurdles honestly, but also makes the case for why it is superior and workable. It is an idea that can unify social democrats and libertarians, along with conservatives who struggle with doing away with the welfare state or even trimming it down. Frankly, I think it is an idea that deserves widespread consideration, an idea whose time has come.
Read more
6 people found this helpful
Helpful
Report abuse

Craig
5.0 out of 5 stars Great read.
Reviewed in the United States on September 7, 2016
Verified Purchase
Terrific presentation of a very good idea. He did not waste time with unnecessary information. The man came to the point and made me think.
Great read.
Read more
10 people found this helpful
Helpful
Report abuse

Lisa Gapero
5.0 out of 5 stars Great read
Reviewed in the United States on June 16, 2017
Verified Purchase
Excellent read. Became interested in Charles Murray in all the 1st amendment protest against him. What could people possibly be afraid of hearing from this stellar scholar?
Read more
Helpful
Report abuse

Chesley P Erwin Jr
5.0 out of 5 stars Reforms....or Go Bust; the Chouce is In Our Hands!
Reviewed in the United States on April 16, 2017
Verified Purchase
Dr. Murray has done it again-- a 'radical' but easy to understand blueprint for massive reform of 'entitlements' AND the rebirth of civil society in the USA. The latter, of course, took an awful beating these past 50 years in the wake of the "Great Society" growth of the Federal leviathan and the profound changes in American social norms & mores! As the author candidly laments, it's a shame NO politician has the courage of their convictions to actually open a dialogue with the American people about the coming choice between reforms such as those he advocates OR the bankruptcy of the Federal government. Like it or not, folks, that's the coming choice (see, e.g. The insolvency of Social Security in 2032, etc....) With actuarial shortfalls north of $200 TRILLION in the next 75+ years, Medicare-Medicaid-Social (In)Security don't have a future as presently constituted....Read this TODAY-- then contact your Congressperson & Senators!
Read more
One person found this helpful
Helpful
Report abuse

DIRTYSECRET
2.0 out of 5 stars I expected better than that from Charles Murray
Reviewed in the United States on July 1, 2017
Verified Purchase
It was ok. I expected better than that from Charles Murray. A libertarian intellectual. The concept of a universal minimum income getting something for nothing-works only if you can get rid of ALL other income transfers. That's the selling point. The numbers would appear to work. The result would be socialist. So being socialist to get more libertarian doesn't compute. Perhaps that's why it was only 100 pages or so. It's no wonder it didn't sell. I just had to read it because the idea of massive government cuts(confining it to writing checks) was very appealing and worth bringing up.
Read more
Helpful
Report abuse

Tom
5.0 out of 5 stars Fresh thinking
Reviewed in the United States on March 17, 2017
Verified Purchase
A must read for every citizen! A new approach to the continued intrusion and growth of government.
Read more
Helpful
Report abuse

Charles A Hanson
5.0 out of 5 stars Five Stars
Reviewed in the United States on August 8, 2016
Verified Purchase
Interesting book, but I agree with the author that, politically, it will never work!
Read more
5 people found this helpful
Helpful
Report abuse
See all reviews
Back to top
Get to Know Us
Make Money with Us
Amazon Payment Products
Let Us Help You
EnglishChoose a language for shopping. United StatesChoose a country/region for shopping.
© 1996-2021, Amazon.com, Inc. or its affiliates