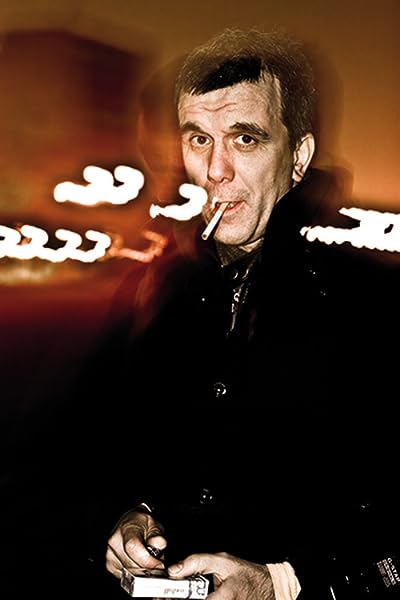 "Robert Perisic depicts, with acerbic wit, a class of urban elites who are trying to reconcile their nineties rebellion with the reality of present-day Croatia. . . . The characters' snide remarks could easily sound cynical but the novel has a levity informed by the sense of social fluidity that comes with democracy."—The New Yorker

"Robert Perisic is a light bright with intelligence and twinkling with irony, flashing us the news that postwar Croatia not only endures but matters."—Jonathan Franzen

"Despite the serious themes, the novel is largely comic and in many ways falls into the same genre of satirical anti-war novels that includes The Good Soldier by Jaroslav Hasek and Kurt Vonnegut's Slaughterhouse Five. Perisic constructs a series of long and entertaining scenes full of quirky dialogue and rhythmic interior monologue."—The Times Literary Supplement

"In this raucous and funny novel about an entire country's post-traumatic stress syndrome, Toni discovers that you can't entirely escape your past no matter how must you try to live your life in fast forward."—Huffington Post

"In addition to being a delightfully acerbic primer on a literarily underrepresented part of Europe, Our Man in Iraq may well prove to be one of those rare cases where something is actually gained in translation."—Toronto Star

"Given the uncountable billions of words they have dedicated to the war in Iraq, it might be easy for Americans to think of it as belonging solely to them. Even its possession by the Iraqis can feel tenuous at times. So it is a refreshing reminder of the new global village to read a novel like Robert Perisic’s Our Man in Iraq, which studies the fighting in Baghdad from the distant shores of Croatia."—Boston Globe

One of The Millions most anticipated books of 2013

"Perceptive and affective"—Time Out New York

"What’s most compelling about Perisic’s novel are the relentlessly insightful one-liners, offering poignant commentary on the unsettled day-to-day of a society trying to find its footing after devastating violence and in the throes of nascent capitalism. . . this smart, cutting book powerfully illustrates the horrible hangover of war."—Publisher's Weekly

Born in 1969 in Split, Croatia, Robert Perišic has published fiction, nonfiction, and poetry titles in his native country, many of which have been translated into other languages. He began writing short stories in the 1990s with a clear anti-war sentiment and quickly became a popular voice among youth against the war as well as earning a reputation as a rising literary talent. Perišic is now considered one of the most important writers and journalists in the country. He currently lives in Zagreb, Croatia.
Start reading Our Man in Iraq on your Kindle in under a minute.

Amazon Customer
3.0 out of 5 stars Star Fizzels
Reviewed in the United States on August 28, 2013
Verified Purchase
This book starts off with interesting characters in interesting situations and it hits some really high points along the ride, but the climax comes early and results in a slow and confused feeling slide into... reality perhaps? It's not a bad book, well worth my time reading it, but it just sort of gives up and fizzles out at the end. This makes sense within the narrative of the book, which is why it isn't terrible, but it doesn't make for gripping reading either.
Read more
Helpful
Comment Report abuse

greenrunner75
3.0 out of 5 stars Decent Story, unremarkable characters
Reviewed in the United States on June 9, 2013
Verified Purchase
Although I enjoyed this book, I could not relate to the characters. Their actions were often incomprehensible. Living in a different world from mine the characters seemed one dimensional at times. I enjoyed the authors descriptions of daily life and the story was interesting. Definitely a good read for someone looking for a unique setting and voice.
Read more
2 people found this helpful
Helpful
Comment Report abuse

macfearghuis
1.0 out of 5 stars It's rare that I cannot finish a book but that's what happened.
Reviewed in the United States on December 22, 2013
Verified Purchase
I only read about half this book before I simply could not continue. Perhaps the second half of the book picks up a bit but I'll never know. There was no plot or point that I could discern and I was utterly bored after about the first ten pages.
Read more
Helpful
Comment Report abuse
See all reviews from the United States