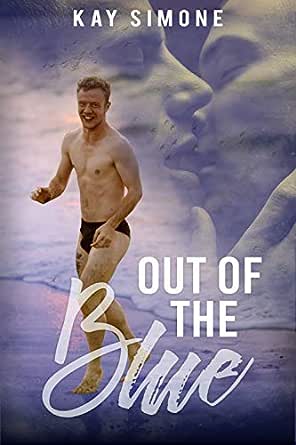 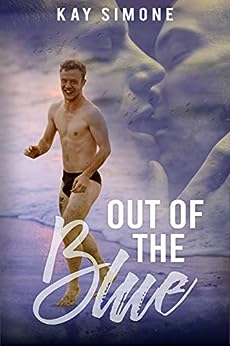 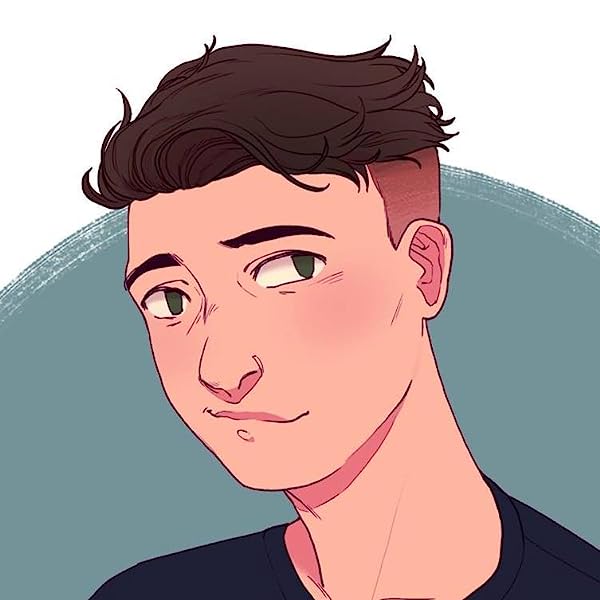 Out of the Blue Kindle Edition

4.1 out of 5 stars
4.1 out of 5
81 global ratings
How are ratings calculated?
To calculate the overall star rating and percentage breakdown by star, we don’t use a simple average. Instead, our system considers things like how recent a review is and if the reviewer bought the item on Amazon. It also analyzes reviews to verify trustworthiness.
Top reviews

Avid Reader
4.0 out of 5 stars 👥 Geoff and Michael: will David drive a wedge between them?
Reviewed in the United States on April 20, 2020
Verified Purchase
😊 I found myself really enjoying this building romance set on a Florida barrier island with some angst due to past tragedy and a present dilemma in the form of Geoff's harsh boss who is no stranger to Michael😕. The ending build-up to the confrontational climax was particularly compelling and the epilogue was a lovely, easy end full of positivity and promise. The 🔥sizzle is there from the start, but the story is just as much about their emotional connection. The age gap and Michael's fear of losing another important person in his life provide some bumps in an otherwise pretty smoothly-running romance.

Simone's writing style is good and she includes good though not exhaustive backstory with a sizable but not too overwhelming crew of secondary friends and workmates.

This is the second novel I've read by Kay Simone. The first, Untouchable, co-written with Ruthie Luhnow, was much longer, with oodles more angst. Though I think I preferred Untouchable and its heavily damaged lead characters, Out of the Blue is a good story with leads that would be great to have in your friend group in real life. Tatted Geoff was my favorite, but both guys had their great qualities, including a humble discounting of their own attractiveness and readiness to laugh at themselves.

ShannonVM
4.0 out of 5 stars Lovely age-gap/boss's son romance.
Reviewed in the United States on April 20, 2020
Verified Purchase
I really enjoyed Out of the Blue by Kay Simone. It was a sweetly frustrating, insta-lust/slow-burn love story. At times it did lag a little, but in the end it all came together to give us a compelling picture of both Michael and Geoff's lives and how things led them to where they are today.
The first meeting between the two was fun and sexy, and I was excited for what was to come. But it quickly became apparent things weren't going to be quite so easy for them.
The early impression I got of Michael was someone who lived in the moment, who knew what he wanted and would just go for it. It was interesting to find, as the story went along, that there was actually much more to Michael than that first impression. A tragedy in his recent past has had a profound impact on his life, causing him to basically have to start his young life all over again. Geoff was a pretty consistent character from start to finish- he has his friends, his job, a life he appeared to be happy and settled in. But after meeting Michael he seemed to really find a happiness that he maybe didn't realize was missing in his life.
While there was quite a bit of back and forth with Michael and Geoff, it was understandable given the fact that Michael's dad was Geoff's boss- someone he did not get a long with at all. But I loved that once they decided they were all-in with each other, that was that-they didn't allow David's place in their lives to interfere with their relationship.
The ending wrapped everything up so nicely, and the epilogue was just perfect!
Read more
One person found this helpful
Helpful
Report abuse

Bo
4.0 out of 5 stars A Bit Too Long
Reviewed in the United States on May 3, 2020
Verified Purchase
I love Kay Simone's work in general but like others think that she tends to spend too much time on her MC's inner workings to the point where you really need to slog through the middle in order to get to the end.

Such is the case here with Michael (on the cover), a 26-year-old semi-drifter son of a wealthy and nasty owner of the major business in town, who comes out of the surf one morning and approaches a late 30's tattooed hunk named Geoff, who happens to be one of the chief recipients of employee abuse that Michael's dad hands out at that very same company.

That Michael and Geoff fall into bed instantly without knowing what is likely to happen when that ogre, David, finds out that they not only know each other but...well, let's not get ahead of ourselves here.

Point is that we get what the denouement and climax is likely to be when David gets wind of what's up with Michael and Geoff, but we are on a slow boat to China to get there.

There are several nicely developed sub characters and a lot of angst inner thoughts and public doubts that you have to wade through until you get to what turns out to be a truly special last 20% of the book when it all comes together.

And because of that last 20% the stars go from three over a road bump to four.
Read more
One person found this helpful
Helpful
Report abuse

Carle
5.0 out of 5 stars Love clicking
Reviewed in the United States on December 9, 2020
Verified Purchase
What a truly lovely story. The characters are realistic and likable. (Well the majority of them are. Lol)

Geoff's boss is a piece of work. We've all had one like him at one time or another.

Then you meet one special someone and bam. The world comes alive.

Michael's friends and coworkers are top of the line.

Frances
5.0 out of 5 stars A most enjoyable read!
Reviewed in the United States on April 29, 2020
Verified Purchase
I like the way the story was laid out. Can't say anything bad about the story. I loved the characters. I hated the father and the brother was kind of undependable, but loveable. I'd read more by this author.
Read more
Helpful
Report abuse

Rhonda
4.0 out of 5 stars Good Book
Reviewed in the United States on April 20, 2020
Verified Purchase
I liked this book. Geoff and Michael were perfect for each other. Had chemistry together. The book was worth reading, but I would say it was too long.
Read more
Helpful
Report abuse

Nicole W.
5.0 out of 5 stars Take a break and enjoy a good book!
Reviewed in the United States on April 19, 2020
Out of the Blue was the perfect stress-free read. The very first meeting between Geoff and Michael was delightful and the hook-up that came after? Spicy fun! I loved the way Michael and Geoff bantered with each other. Teasing, but without being mean. Cheeky. They're cheeky with each other. Wink and a smile!

You know going in that there's going to be a bit of angst. There is, it never overwhelms. The big scene, that you know is gonna happen, between Michael, his dad, and Geoff is a blow-up, but it's also so satisfying. Plus, Geoff and Michael actually talk to each other. I love that with characters.

The epilogue...what can I say about the epilogue? Well, it could quite possible be my favorite part of this book that I already love. I finished reading it with a smile on my face.

Right now, in the midst of covid-19, this was the perfect read. I was happily taken into the world of Geoff and Michael and came back feeling great. I hope to return there for Jack and Ryan!

I recommend taking some time out to enjoy Out of the Blue!

I did receive an advance copy of this book for my honest review. I'm very thankful that I did.
Read more
2 people found this helpful
Helpful
Report abuse
See all reviews