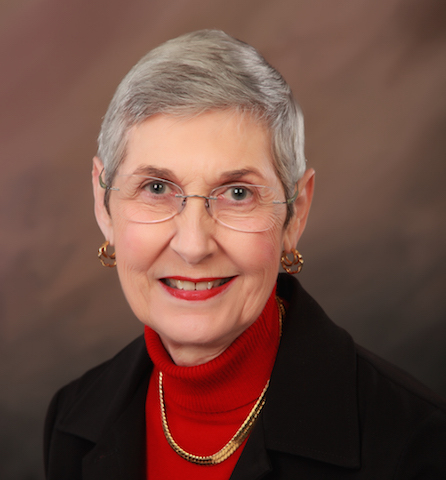 Start reading Out - A Courageous Woman's Journey on your Kindle in under a minute.

Grady HarpTop Contributor: Children's Books
HALL OF FAMETOP 50 REVIEWER
5.0 out of 5 stars “A man has to live with the hand he was dealt.” Immediately, I told myself, “That’s what I’m doing now.”
Reviewed in the United States on October 27, 2017
Texas author Lou Anne Smoot earned a BBA from Baylor University and her MBA form The University of Texas at Austin following which she served as a high school teacher, university instructor, the Director of Communications for the Texas Beef Industry Council, and a wife and stay-at-home mom. Her first publications were Memories of a Lifetime and Christina’s Memories - biographical stories and anecdotes from her parents’ lives. Moving to Tyler, Texas she came out as gay while teaching a Sunday School class in the First Baptist Church and undergoing a deep depression, she made gay friends through PFLAG. One of those friends, Brenda McWilliams, is now her wife of 16 years (one of those years as legally married). She has remained active with Meals on Wheels, The League of Women Voters, East Texas PFLAG and Project TAG (Tyler Area Gays), and is recognized as an activist for gay rights, being awarded the 2010 Project TAG (Tyler Area Gays) Advocate of the Year Award. In 2016, Brenda and I were awarded Project TAG's first Legacy Award.

Though there are many books about coming age and coming out n the acceptance of sexuality, few are as much a joy to read as OUT. Lou Anne is a natural writer, honest, compassionate, at times hilarious, at times painfully tender, but her book soars.

The content is shared well in the synopsis: ‘Lou Anne fell in love with Karen in 1956 when they were both 17 and freshmen at Baylor University. Her parents told her the relationship was sinful and unacceptable. Seeing no other option, she followed their direction, married, and remained faithful to her husband for 37 years. At age 60, after an incident in her Baptist Sunday School class, Lou Anne could no longer pretend to be straight. Her struggles to reconcile her faith with being gay take her into the depths of depression. After divorcing and "coming out," Lou Anne remained in her Baptist church for an additional fifteen years both to be true to her faith tradition and as an example of a gay Christian. She emerges as an outspoken advocate for gay rights. This story of a retired teacher, mother of four, grandmother of six is told in an unprecedented, brutally honest manner.’

But that is the storyline and while it is accurate it does not begin to share the valor, the courage, and the determined gay rights activist that Lou Anne has become despite all her hurdles. The book brims with joy and it is a pleasure to read. Grady Harp, October 17
I voluntarily reviewed a complimentary copy of this book.

bmc1105
5.0 out of 5 stars A Superb Read!
Reviewed in the United States on May 5, 2016
A brutally honest, compelling story of Lou Anne's journey from hiding and secrecy to freedom, authenticity, and advocacy. Lou Anne's prose is flawless and carries the reader gently through periods of personal turmoil, angst, and loss to joy and exhilaration. Her story is one that will resonate with many readers as it addresses the universal questions, "Who am I really?" and "How do I live an authentic life even in the face of difficult choices?" OUT - A COURAGEOUS WOMAN'S JOURNEY is a testament to the truth that life is full of choices, and our sexual orientation is NOT one of them. A superb read! Highly recommended!
Read more
6 people found this helpful
Helpful
Comment Report abuse

Earl
5.0 out of 5 stars Uplifting memoir of living life
Reviewed in the United States on July 8, 2016
Out - A Courageous Woman's Journey by Lou Anne Smoot is a heartfelt story of self-acceptance and being true to oneself regardless of the difficulty imposed by others.

The writing is both beautiful and simple, almost conversational. In telling her story, Smoot also helps to empower others to look at themselves honestly and act according to what you find there. She has a big heart and has been better able to avoid lasting anger than I would likely have been able to do.

There are moments that will bring tears to your eyes and there will be a better understanding, one hopes, of both yourself and others behind those tears. That is perhaps where the greatest strength of the book resides, in the enlightened readers who can then live their lives more compassionately toward themselves as well as toward others.

This is certainly of interest to readers of memoirs, especially LGBTQ memoirs. That said, the lessons here apply to anyone who has lived a part of life with hidden sadness and unhappiness.

Reviewed from a copy made available by the publisher via NetGalley.
Read more
4 people found this helpful
Helpful
Comment Report abuse

Ultralingua
5.0 out of 5 stars Love wins
Reviewed in the United States on July 16, 2017
I met Lou Anne and Brenda at a recent GCLS conference. To say they were delightful, is an understatement. Lou Anne's story was too good to pass up. The book is supported by emails and letters throughout which provides help with authenticity for parts of the story that occurred some time ago. Lou Anne's struggle with her sexuality, her religion and her family and friends is a powerful one. In the end, it is nice to know that love wins.
Read more
3 people found this helpful
Helpful
Comment Report abuse

Amazon Customer
5.0 out of 5 stars Amazing Love Story
Reviewed in the United States on July 6, 2016
A beautifully written story about a woman who after 60 years decided to live her truth and come out. She tried to live as her religion had taught her. She married a man for 37 years and had 4 children. She was so unhappy. There is a very happy ending to the story. She meets her true love. I attended Lou Anne and Brenda's wedding and you could not ask for two happier people. Love conquers all.
Read more
3 people found this helpful
Helpful
Comment Report abuse
See all reviews