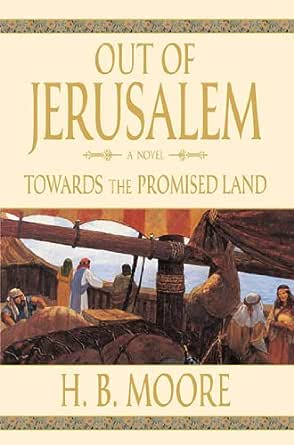 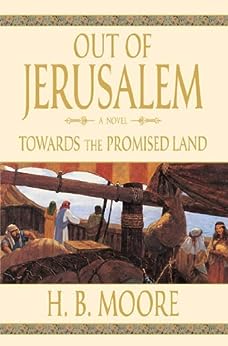 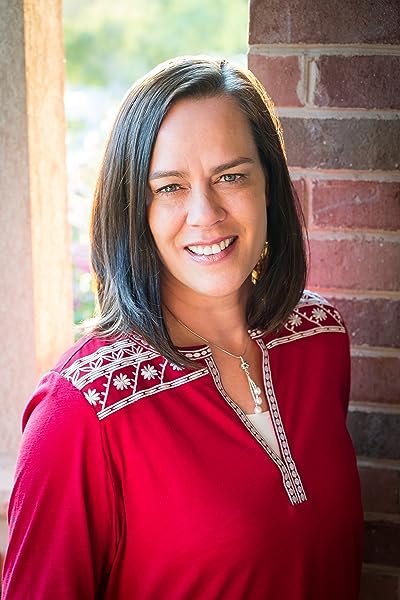 Out of Jerusalem, Vol. 3: Towards the Promised Land Kindle Edition

"Overall, I find this to be a very successful book. Like Dean Hughes and Margaret Blair Young, Moore stands between the poles of Lund andCard, mixing an interesting imagined story that goes beyond thescriptures with education and emotional reward . . . Most notable aboutthe books is that she focuses the women of the party, and native peoples the party encounters, two aspects which are left largely or completelyunmentioned in the scriptural text . . . [Moore] did an exceptional jobat opening up an unexpected world me, making it a very satisfying read. I look forward to reading the other volumes in the series."
--Andrew Hall, ASSOCIATION FOR MORMON LETTERS

Heather B. Moore is the award-winning author ofseveral historical novels which are set in Ancient Arabia andMesoamerica. She is not old and doesn't remember the time period, soGoogle has become a great friend. Although she has spent several yearsliving in the Middle East, she prefers to forget the smells. Heatherwrites her historical thrillers under the pen name H.B. Moore so thatmen will buy her books. She is also the author of two non-fiction books, and several women's novels including the co-authored series The Newport Ladies Book Club, the anthology series A Timeless Romance Anthology,and the historical romantic suspense novel Heart of the Ocean. These are all written under her real name so that women will buy her books.
It can be confusing so her kids just call her Mom.

5.0 out of 5 stars
5 out of 5
10 customer ratings
How does Amazon calculate star ratings?
Amazon calculates a product’s star ratings based on a machine learned model instead of a raw data average. The model takes into account factors including the age of a rating, whether the ratings are from verified purchasers, and factors that establish reviewer trustworthiness.
Top reviews

Ramie H
5.0 out of 5 stars Great series!
Reviewed in the United States on January 19, 2013
Verified Purchase
I recommend this series and its author! It is rich with description and I was able to get lost in the story, like I was there! I thoroughly enjoy reading books written by HB Moore! I'm looking forward to more in the future! My children (ages 19-26) also enjoyed her books. You won't want to put them down...or end!
We also enjoyed the series books: Abinadi, Alma, Alma the Younger, Ammon, Work and the Glory, The Great and The Terrible, Children of the Promise.

Jerald R. Mortensen
5.0 out of 5 stars I loved this book
Reviewed in the United States on June 9, 2013
Verified Purchase
H.B. Moore is fast becoming one of my favorite authors. The characters are very believable and the fictional side stories blend well with the actual Book of Mormon history.
Read more
One person found this helpful
Helpful
Comment Report abuse

Nightshopper
5.0 out of 5 stars Loved it!
Reviewed in the United States on March 7, 2014
Verified Purchase
I've read the whole series and all the books were great! Volume 3 is as good as all the rest.
Read more
Helpful
Comment Report abuse

cclblue
5.0 out of 5 stars Bridge between scholarly research and the average reader
Reviewed in the United States on August 18, 2013
I am really enjoying this series.

Heather Moore, the author said "I consider this book as the bridge between scholarly research on the Book of Mormon lands and the average reader. Most people don't read works and essays published by FARMS or other publications--articles on smelting tools, the Nephite calendar, duties of the nomadic women, habits of camels, etc. And I didn't either until I started doing my research."

She combines her research with what we know from "The Book of Mormon." Then she fills in the blanks with a fun story. I love learning about the culture and imagining what the women of "The Book of Mormon" may have been like. It makes me think about the scriptures in in new ways.

SC_2017
5.0 out of 5 stars Loved it!
Reviewed in the United States on August 18, 2013
A great read in a great series. I have recommended this series to others because of the understanding of the culture surrounding the Book of Mormon times that it gave me.
Read more
One person found this helpful
Helpful
Comment Report abuse
See all reviews from the United States