You've subscribed to Browerton University! We will preorder your items within 24 hours of when they become available. When new books are released, we'll charge your default payment method for the lowest price available during the pre-order period.
Update your device or payment method, cancel individual pre-orders or your subscription at
Your Memberships & Subscriptions
There was an error. We were unable to process your subscription due to an error. Please refresh and try again. 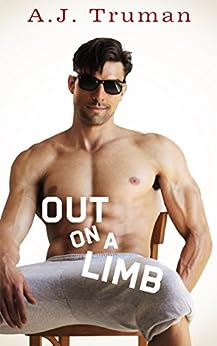 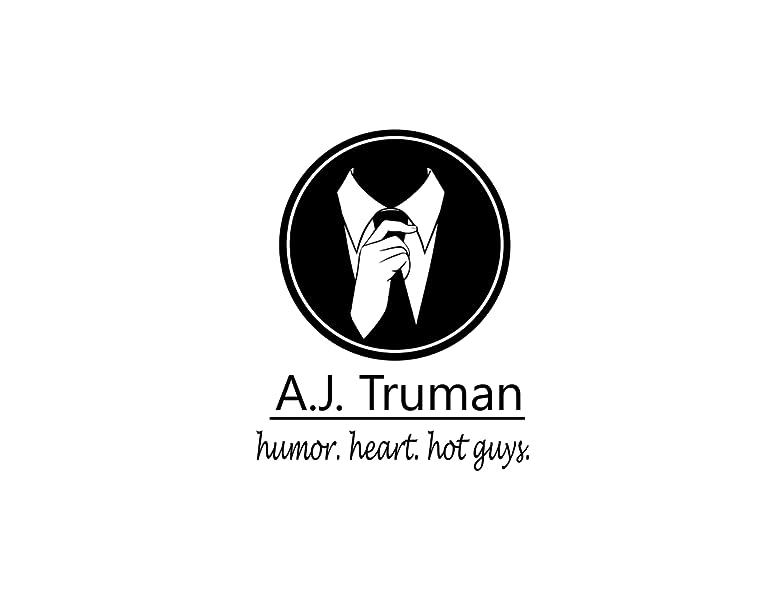 Out on a Limb (Browerton University Book 2) Kindle Edition 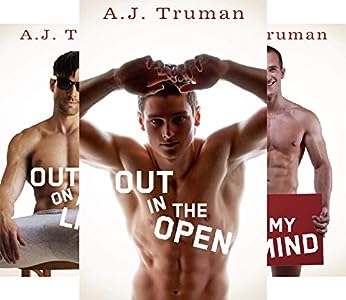 A.J. Truman remembers his college days like it was yesterday, even though it was definitely not yesterday. He writes books with humor, heart, and hot guys. What else does a story need? He loves spending time with his pets and his partner and writing on his sun porch. You can find him on Facebook or email him at ajtruman.writer [at] gmail [dot] com. --This text refers to the paperback edition.

Garrett Hutson
4.0 out of 5 stars Opposites attract, and it works
Reviewed in the United States on January 16, 2021
Verified Purchase
This was a fun and often light-hearted story about two men in very different circumstances who fall in love in spite of their best efforts not to. Cameron and Walker both proved to be compelling protagonists, each in his own unique way, with alternative chapters told from their POV. Each brings his own baggage, setting up plenty of misunderstandings and bad choices that they have to overcome, either individually or together. Even the minor characters were all well-drawn and believable, making for a rich cast of personalities. This book wasn't quite as steamy as the first book in the series (Out in the Open), so if you're expecting the same level of steaminess as that one you might be disappointed, but there was plenty of steam in the second half of the book, and it felt natural and very well-done.

The story deals with some heavy questions about fear and avoidance, pursuing dreams vs. realism, disappointed expectations, and changing directions. This did get a little heavy-handed towards the very end, but for the most part was done believably and sympathetically. The quick-turnaround from Walker's ex-husband Doug raised my eyebrow a little bit, and could have been set up a little better, but mostly this story developed beautifully. Aside from a few awkward sentences, it was very well-written, and a very enjoyable read. Recommended.
Read more
One person found this helpful
Helpful
Report abuse

Bo
5.0 out of 5 stars Somehow It Works
Reviewed in the United States on June 9, 2018
Verified Purchase
There are about a half dozen reasons I should have given three or four stars to this book. It follows the exploits of Cameron, a 22-year-old Browerton senior (on the cover) and Walker, a 36-year-old Browerton graduate who works in marketing in the same town and becomes fascinated with Cameron during his morning trips to Starbucks, where the student is a barista. That's a May-to-December romance that is simply not made to work.

One reason is that Cameron is set on a goal of graduating, leaving for Hollywood and becoming a screenwriter--and he has a professor who encourages him very strongly in that direction. Cameron is also a sexual legend on campus--he must have slept with every hot young man on campus over four years, never once doing the deed twice with anyone.

Another reason is that Walker is a wimp, a man whose ex-husband remarried almost as soon as they were divorced two years before after spending a dozen years together as boyfriends on campus and a married couple off. They adopted a baby boy, named Hobie, now four years old, and the conflicts of joint custody and Walker's ex-husband's soccer-dad psyche are laid out pretty bare.

Now, given this situation, you have to expect that happenstance and serendipity have to intervene for Cameron and Walker to get together. They accidentally meet in a gay bar in town, nothing happens, and then everything starts rolling along with a plot that is somewhat tough to take in terms of logic, but charmingly enhanced by the writing and the fact that both men seem to be maturing at different ages at exactly the same time.

Lee Armstrong
HALL OF FAMEVINE VOICE
4.0 out of 5 stars Tender
Reviewed in the United States on April 2, 2021
Verified Purchase
A.J. Truman's "Out on a Limb" shows his strong storytelling skills. The romance between 22-year old college senior Cameron and the 15 years older Walker builds as the two connect from morning meetings as Walker orders his daily coffee to Cameron's exit to Los Angeles. What I really liked about the story was the wrinkle of Walker's six-year old son Hobie. The sweetness in the parental relationship and the effect of a single father's personal life amplified the feelings the two romantic leads had for each other. I also liked the arc for the supporting character of Doug, Walker's ex and Hobie's other Dad. The book wasn't so much erotic as tender. These are characters you hate to say goodbye to as you close the back cover. Enjoy!
Read more
Helpful
Report abuse

AMP
VINE VOICE
5.0 out of 5 stars Better than the cover leads you to believe
Reviewed in the United States on May 25, 2017
Verified Purchase
Don't let the cheesy cover fool you. Out On a Limb isn't one of those light, dumb, college roomate-centered books. There's great dialog, some humor, and real people with real issues (not manufactured angst or miscommunications). I even liked the kid, which is unusual for me. I felt like this was a real-life situation, not one of those contrived coincidences or fake marriages or any other cheesy plot. It really worked. The decisions both men struggled with were based in reality and they handled them as people actually would. I really enjoyed Walker and Cameron's developing relationship. I also liked the references to real movies, TV shows, etc. It made the book seem more relevant (I started a book that used a fake city name - even though it was clearly Los Angeles - and every time I read the fake name, it took me out of the book. I ended up not finishing the book. Why do some authors shy away from facts?) I'm a stickler for accuracy, and though I know little about media buyers (I do know some about advertising), it seems that Truman either did his research well or used to work in media buying because the details seem authentic. I appreciate that. The dialog was one of the high points of the book for me. It also felt authentic and I enjoyed the frequent wit. It's easy to see why the two men are drawn to each other, even before they see it.

The ending seemed very rushed, and I would definitely would have liked an epilogue six months or a year later. Was Cameron going to write a screenplay and shop it around? Would he be settling with Walker's offer or would he be happy writing slogans? How does Cameron develop from a playmate to a stepdad? We need more information to see how Walker and Cameron find a compromise with their futures.

I didn't spot any typos and only a few words that I thought were an odd choice or the wrong tense.

I realized that I had another Truman book on my Kindle, and when I checked, I'd left it at 80% read. Not sure why I didn't finish it. But given how much I liked Out On a Limb, I'm going to revisit Out In the Open. I will be checking out Truman's other books, too, hoping that Out On a Limb isn't a fluke.
Read more
2 people found this helpful
Helpful
Report abuse
See all reviews

JONATHAN
5.0 out of 5 stars Brilliant
Reviewed in the United Kingdom on November 17, 2016
Verified Purchase
It is very rare to find a gay romance novel where the characters are rounded people, not one dimensional cardboard cut outs, I would recommend this 100%.
Read more
Report abuse

haytrav3
4.0 out of 5 stars Great Character Development
Reviewed in Canada on January 10, 2017
Verified Purchase
Im really starting to think of AJ Truman as one of my favourites. His ability to develop characters in a simultaneously predictable and unpredictable fashion is impressive. I saw the ending from a mile away, but it took so long to get to it, I doubted whether it was going to happen. I also really enjoy that characters from past novels were present, without being beat to death. It was enough to set the scene with the story being in the same universe without over shadowing the story at hand.
Read more
Report abuse
See all reviews