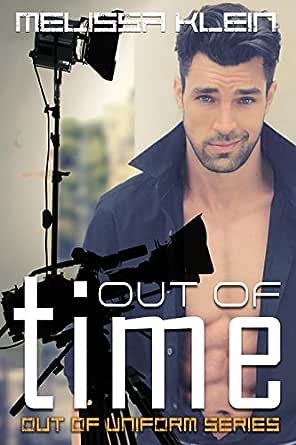 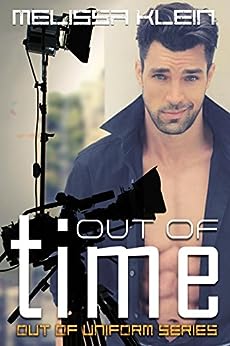 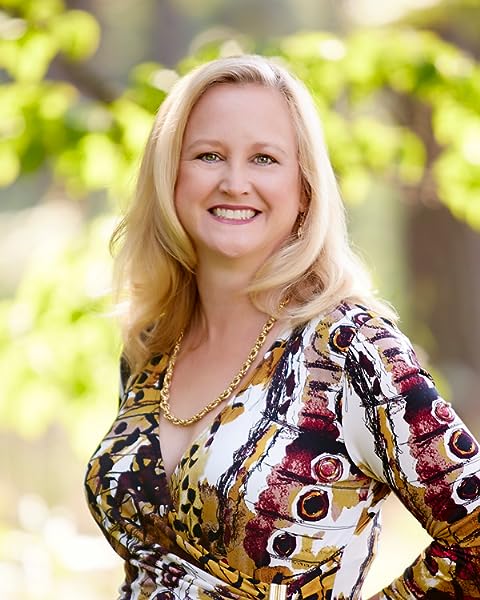 Out of Time (Out of Uniform Series Book 3) Kindle Edition

4.3 out of 5 stars
4.3 out of 5
11 customer ratings
How does Amazon calculate star ratings?
Amazon calculates a product’s star ratings based on a machine learned model instead of a raw data average. The model takes into account factors including the age of a rating, whether the ratings are from verified purchasers, and factors that establish reviewer trustworthiness.
Top Reviews

Eva Lilly
5.0 out of 5 stars Another great book by this author.
Reviewed in the United States on October 15, 2017
Verified Purchase
I loved this sweet and spicy romance. Grace and Bash have tons of chemistry. This is a fun read
Read more
Helpful
Comment Report abuse

CrazyOnBooks
5.0 out of 5 stars Loved it!
Reviewed in the United States on September 20, 2017
Out of Time is a light entertaining read that will keep you reading page after page.

Grace is a famous actress, closely watched and followed by the entire entertainment public. As such, her whole life seems to be based on a world of make believe stories. Reading the story, you can really feel how this is constricting her, as if the walls around her seems to be closing in and squeezing her to the point where she has nowhere to turn. Then came Bash and Grace is instantly drawn to his charm and masculinity. But beyond this initial excitement, will he also be a victim of the elaborate world that Grace needed to continue painting?

I truly enjoyed the chemistry between Grace and Bash. It's like they were truly meant for each other. Grace has an elegant flair around her, but when with Bash you can feel she is a different person. She is truly happy being with him and the only one who can truly give her the happiness that she desired. Bash on the other hand has all but given on love...that is, until he met Grace. As the plot of the story starts to unveil and with it the issues on their unlikely relationship, will they be able to overcome all these and succeed?

A definite page turner, this is an easy read perfect for everyone who loves a sweet, romantic story. This is my first time reading books by Melissa Klein, and my first in the Out of Uniform series but it certainly won't be my last. I am definitely interested to check out the first 2 books in the series for a closer look at Bash's friends as well. A definite 5 Stars!
Read more
Helpful
Comment Report abuse

valeen
VINE VOICE
4.0 out of 5 stars sweet, sexy romance
Reviewed in the United States on September 4, 2017
Out of Time is a sweet, sexy romance. Grace is America's sweetheart who runs into Bash, a sexy former Navy pilot, when she's trying to escape a relentless paparazzi. They spend a hot night together and figure that's it. But when she walks onto the set of her new movie and Bash is there? Ooops. Yep, the movie was written by Bash and Grace is the star of his movie. It seems like they can just carry on but what about when Bash realizes she's engaged? To her costar? Of course, it's not going to go easy for the two, but eventually they fall into a secret relationship. It's hard, because Grace is doing her friend a favor and yet she is falling in love with Bash, even though the two agree it's only to last until the end of filming.

Bash and Grace are sexy together and both very likable. But I think my favorite part of Out of Time is the camaraderie and friendship between Bash and his friends, they're the real standouts of this story. I didn't realize this was not a complete standalone when I started reading this, because Bash and his friends are all part of a series, and it might explain why I felt as if I were missing a few things at first. I quickly picked up what was going on, though, and was able to enjoy it. Still, I think I should probably go back and read Out of Bounds and Out of Sight to see if they will add to my enjoyment of Bash and Grace's story.

Before filming starts on her next movie, America’s sweetheart, Grace Carradine, wants a girls’ night out. Where she meats Retired navy-pilot-turned-author, Sebastian "Bash" Baron while hiding from the relentless paparazzi. He feels an instant connection to her and spend a sweet night together. Neither know there worlds will collide the next day when they are due on set to film a movie based from a book Bash wrote, staring Grace the gorgeous girl that slipped out on him earlier that morning.

The two begin a secret romance, meant to last only as long as the starlet is on location in Bash's hometown. When the paparazzi, obligations, and pride tear them apart, will Bash come to his senses in time, or will Grace marry the wrong man? She's trying to do the right thing by keeping promises that true friends would never ask of you.

This book is a sweet love story but I couldn't quite understand a lifelong friendship really being that shallow.

Thanks to Netgally for letting me read and review!!!
Read more
Helpful
Comment Report abuse

mary s
3.0 out of 5 stars A cocky and sweet hero
Reviewed in the United States on August 28, 2017
"Received an Advance Reader Copy in exchange for a fair review"
2.5 stars
I thought this book was partially fun and entertaining, although I would have liked the main characters to be more fleshed out and the relationship more romantic. But those weren’t the author’s options, so basically this is a insta-attraction and insta-sex story.
I was intrigued by the hero, Sebastian (Bash), a former SEAL turned writer – a charmer whom I’d met in “Out of Sight” – but I found his character in this book to be both sweet and arrogant, and even if I can appreciate the author’s craft creating a cocky and sometimes unpleasant hero, I’m not sure, honestly, if I like him.
The plot twists, Bash’s activity as a writer (and his parent’s story) and the strong and solid friendship relations between Bash and his buddies kept me interested throughout the reading, but the main characters' relationship evolved too quickly for my taste and I saw no real emotional chemistry between them.
Read more
Helpful
Comment Report abuse

Claire Santos - Coffeeholic Bookworm
4.0 out of 5 stars this man out of uniform is a delight to read!
Reviewed in the United States on August 19, 2017
Bash met Harper Tracy in a bar where his couple friends were celebrating a baby shower. She was running away from someone she didn't want to talk to and Bash became her knight in shining armor when they collided. Little did both know that they were both nursing secrets about their lives.

Bash was actually Sebastian Baron, a Naval pilot turned author whose latest book was being turned into a movie. Harper Tracy was actually Grace Carradine, a Hollywood actress who's got issues on her own, engagement ring included.

This book was a delight to read. Bash was sweet and affectionate, Grace was adorably dazed and confused. I loved their chemistry together and the sparks flew right off the bat. The book was easy to read and the characters were very engaging. This is my first book by the author, Melissa Klein, and I'm already loving her. I wish I could read the previous books in the series.
Read more
Helpful
Comment Report abuse
See all reviews from the United States