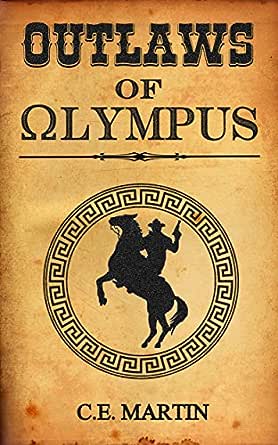 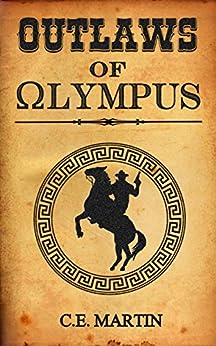 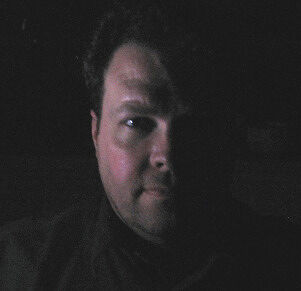 Perspective by Peter
3.0 out of 5 stars A Very Good Start to a Highly Entertaining, Fast Paced Pulp fiction Tale of Demigods and Human Spiritual Warfare.
Reviewed in the United States on July 2, 2016
Verified Purchase
I was asked by the author to review this short story. I bought it instead of asking for a review copy.

At first I did not realise that this short would be about the Nephilim and only found out from browsing through it as I normally do when I buy a new book. I should have known this may have been the case as the description describes the Greek gods returning to the earth in the Wild West era. Anyone who researches the history of the Nephilim or where the gods of different cultures come from will no doubt discover a link back to these gods being the fallen angels from the bible and how the set up their kingdoms on earth and the many references to half angel/half human relates to the Nephilim of Genesis 6:4.

In this short, we have the Greek god, Hermes, in human form as outlaw known as the Quicksilver Kid, going on a killing spree as a sharp shooter who uses a gun with gold bullets. Then we have another Greek god, Hercules, in human from as a Catholic priest, Father Sergio Morricone. Well, it turns out there is a twist between these two gods, but I won't spoil it here.

As I always do when I read a new book, I checked out the author's website/blog and discovered that the cursed cavalryman, Bartholomew Black, (who is killed by Quicksilver Kid), and Hercules are characters in Martin's other series, Stone Soldiers. In this Outlaws of Olympus series, these two have the main stage.

While I found this highly entertaining, and I am looking forward to the planned instalments every 3 weeks in this 13 tale series, I do have issue with Martin's theology. Not sure if this is just poetic license or what he subscribes to. He has extended the salvation achieved by Jesus' death on the Cross to the Nephilim. Many bible scholars and commentators believe that Christ died for the human race only and the Bible states this is so. The Nephilim are not a direct creation of God but a hybrid formed from the sinful union of two beings that were not designed or instructed by God to procreate and this is the reason that salvation is not offered to them. Many bible scholars believe that it is the deceased Nephilim's spirit that are the demons that exist today and described in the Bible. It is this reason that they have no home, no place to go to in this state as they are forever condemned to this earth seeing they are not from or of God. God's punishment for the fallen angels that sired the Nephilim was to imprison them in Tartarus (some interpret this as Hell) as stated in 2 Peter 2:4,

(For if) God didn’t spare the angels who sinned but threw them down into Tartarus and delivered them to be kept in chains of darkness until judgment.

However, from reading this and its description, I can see that this author is purely going along the lines of the speculative nature of, "what if the Greek gods returned to earth in the Wild West era and fought it out amoungst themselves and the human race?" From this angle the author's motive is not a serious one but very much an entertaining one and to this end, he succeeds.

It will be interesting also to see where Martin goes with the Bartholomew Black character and his background, "......a man cursed to live the lives of all the men he's ever killed" as Martin describes him in his blog. A formidable partnership here with him and Hercules against the rest of the Greek gods who have also returned to the earth in this Wild West era.

Ron Fortier
5.0 out of 5 stars A New Kind of Weird Western
Reviewed in the United States on June 25, 2016
Just when you think a genre of pulp fiction has been fairly well exhausted, up pops a new wrinkle. In this case the genre is the Weird Western and the guy offering us a new twists on this popular field is C.E. Martin with his “Outlaws of Olympus” concept. The title pretty much gives the idea away, but for those of you who somehow missed Classical Mythology in high school, here’s what C.E. sets forth. The ancient Greek Gods, you know, Zeus, Mercury and the others have reappeared on Earth during the Westward migration of the late 1860s. Ergo, you have gods, demi-gods and mythological monsters sharing the wild frontier with your cowboys, settlers and Indians.

It’s a heady stew and with this first little chapbook, things get kicked off fast. Mercury, in the guise of an outlaw known as the Quicksilver Kid, is causing mayhem and destruction as he mows down anyone foolish enough to confront him with a special six-shooter that fires gold bullets. Then Hercules arrives in the guise of a Catholic Monk named Father Sergio Morricone. (Yes, we know where that came from. C.E. has a fine sense of humor.)

The Kid is holding an entire town captive and forcing them to offer him a blood sacrifice every few days or else he’ll wreak bloody havoc. When Father Morricone shows up, their confrontation is as one would expect between two gods. But who is the black cavalry soldier riding with Hercules and what role will he play in their final battle?

Fifty-five pages flies by when the action is this colorful and frenetic. We’ve been a fan of Martin’s “Stone Soldiers” series for a few years now and are thrilled to see him launching another great new pulp saga with tons of potential. Stay tuned.
Read more
Helpful
Report abuse

Marland R. Cox II
5.0 out of 5 stars Great Read!
Reviewed in the United States on February 15, 2018
Great read! I would like to see more stories/adventures with either one of these characters. Bring us up to date on what they are doing in the modern are...☺
Read more
Helpful
Report abuse
See all reviews
Back to top
Get to Know Us
Make Money with Us
Amazon Payment Products
Let Us Help You
EnglishChoose a language for shopping. United StatesChoose a country/region for shopping.
© 1996-2021, Amazon.com, Inc. or its affiliates