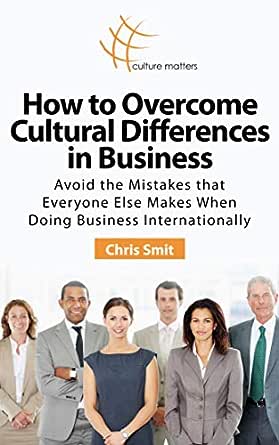 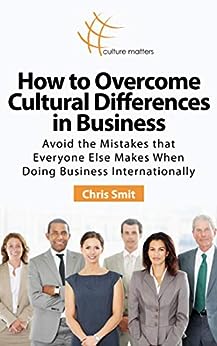 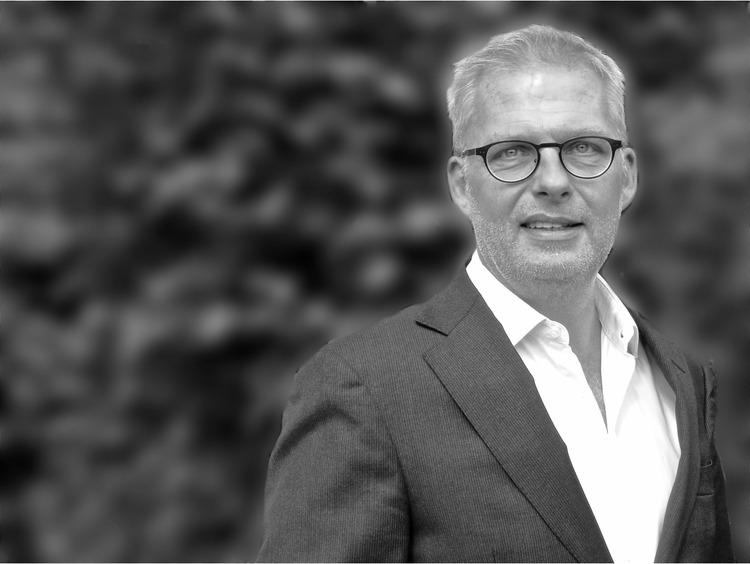 How to Overcome Cultural Differences in Business: Avoid the Mistakes that Everyone Else is Making When Doing Business Internationally Kindle Edition

My Story
My first job was with KLM Royal Dutch Airlines as an administrative intern.
In total I had 3 jobs there. The last one being the most fun and most interesting: I was a Marketing & Sales Consultant. Travelling to pretty much every corner of the world helping KLM colleague's achieve their targets.
In the mean time I went back to school. I studied and got my Masters degree in Psychology from the University of Amsterdam in 6 years doing evening school. I enjoyed every minute of it.
The combination of study and travel didn't bother me. I was working with different cultures and expanding my knowledge on what makes people tick in organisations.
In 1999, after 12 years with KLM, I decided it was time for a change.
That change was a good choice because the company I was working for had a group of people all working on Intercultural Management.
I had done my University thesis using the work of Professor Geert Hofstede, and now was able to work with it too. Awesome!
In 2007 I started the company Culture Matters. I wanted to fully focus on Cultural Awareness Training and have been doing so ever since.
With the Internet all around us and the ongoing globalisation I think it is of absolute importance to be Culturally Competent when you're working Internationally.
Fortunately these skills can be learned. The good thing is that with proper Cultural Awareness Training everybody "gets it".
I find that a promising thought.
I am passionate about giving Cultural Awareness Training and am sure I will be for years!

Chris Smit was born in Amsterdam on March 3, 1963.
Midway whileattending high school, his family and he moved to the USA for one year, wherehe attended 8th grade high school in Boiceville, New York.
After returning to the Netherlands he finished school and went to theFree University in Amsterdam to study Industrial and Organisational Psychology.
He graduated in 1993.
While studying Chris joined KLM where he worked for 10 years as aCommercial Sales & Marketing coach and consultant. During that time hespent a lot of time abroad with a particular focus on Europe, South America,the Middle East and Asia.
He joined a Dutch consulting firm in 1999 and developed his international experienceas an international business consultant.
He is an experienced consultant andcoach in intercultural business, and has implemented and consulted projects andrun many intercultural and communication seminars throughout the world.
Comfortable working at senior levels in organisations, he is known for hisdynamic, enthusiastic and participative style as a public speaker, coach andbusiness consultant.
In 2007 Chris founded the company CultureMatters.
Working synergistically with a group of professional consultants,he is the Director of Culture Matters.
Chris has extensive experience in managing and motivating a team ofprofessionals, to make them perform and exceed expectations.
His specialities are India, Eastern Europe, Asia, the Middle East andthe USA.
He is currently living with his partner in Belgium.
Chris Smit has several international publications in his name, and afrequent speaker at international business events.
He recently started a Podcast on CultureMatters. It's available for free in iTunes

bionicman97
5.0 out of 5 stars A Must Read If You Have Customers From Other Cultures!!!
Reviewed in the United States on November 26, 2014
Verified Purchase
As the economy has changed, my company has started working more globally. One of the greatest difficulties we have found is understanding the different nuances and cultural differences between our us and our customers. We had gotten so used to the way that we operate in the U.S. that we kind of took for granted that our international customers would understand us. This book has been a great help in overcoming these cultural differences so that we are better understanding where our customers are coming from to ensure that their are far less miscommunications and misunderstandings. I am very grateful for this book as it has really helped improve our customer relations and, as a side effect, lowered our stress level in the office.
Read more
4 people found this helpful
Helpful
Report abuse

SanjinTop Contributor: Cooking
4.0 out of 5 stars Cultural guide for business
Reviewed in the United States on January 17, 2016
Verified Purchase
It is extremely important in a business world to understand cultural differences and nuances that can arise when dealing with people from other parts of the world.
This book offers great explanations and advice on that. The author sounds like a man who knows what he is talking about and writes in an understandable and compelling manner.
I don't think that most people realize just how different and challenging it can be to do business with someone from a completely different cultural background and with different sense of what is "normal" and what is not. The only thing I don't like in this book is too many unnecessary blank pages and links on youtube videos. I don't like when I have to go somewhere else on the web to see part of the content from the book, but that is just me, maybe most of the people don't mind that. Other than that, I recommend this book.

Stijn
5.0 out of 5 stars Great book. To the point without all the bla bla
Reviewed in the United States on November 25, 2014
Verified Purchase
This book gets straight to the point of cultural differences. It tells you what they are, where the misperceptions are and what to do about it. I love the personal stories that the author shares. They get the point across very accurately, and make this topic even easier to understand. A definite must read if you do anything International.
Read more
3 people found this helpful
Helpful
Report abuse

Amazon Customer
5.0 out of 5 stars Headnodding to deeper understanding of people you may know
Reviewed in the United States on February 23, 2018
Verified Purchase
What a page turner. This book will keep you traped! If looking for insight on why, because.... and how come people from different cultures correlate and fit into different demographic's. This book may not be the answer to all your questions, but i promise it will give greater insight, broader understanding and a well rounded mind towards people/ culture.
Read more
Helpful
Report abuse

Mary Petersen
2.0 out of 5 stars Is this an advertising gig for Chris Smith? The ...
Reviewed in the United States on April 12, 2015
Verified Purchase
Is this an advertising gig for Chris Smith? The actual material covered could have been reduced to a 30-page booklet instead of the 141. Large print, many blank pages, black-and-white photos from the 1950's ....... Table of Contents comes on page 10 after a numer of blank pages. It actually finishes on page 122 - the rest is about the author - and more blank pages. The entire content of pages 34-35 is to give reference to 3 YouTube Clips! (Which actually have a lot more content than the entire book.)
Read more
Helpful
Report abuse

Andrew Molloy
5.0 out of 5 stars Concise and informative overview covering every aspect.
Reviewed in the United States on November 27, 2014
A great overview and makes good use of external resources to cover pretty much all aspects of culture and how they apply to business. A lot can seem like common sense but like many things that seem like common sense, until you read it you never think of it. This will be an invaluable reference and resource for me going ahead with both selling internationally and targeting specific markets guiding how best to approach it by asking myself the right questions about those markets. This is a concise guide with all useful information and not much repetition and bloat you get in a lot of niche business books.
Read more
4 people found this helpful
Helpful
Report abuse

HP
5.0 out of 5 stars Excellent book if you come from a different culture and/or doing business with another culture.
Reviewed in the United States on December 29, 2014
I work in high tech and a lot of my peers that I work with are overseas (India, Japan, Europe). Although we do have some training her at work on how to work with various cultures, I found it to be very lacking. What I lacked in my work training, this book provides and more! Will definitely recommend to my co-workers who are in the same boat.
Read more
2 people found this helpful
Helpful
Report abuse
See all reviews

Timjim
5.0 out of 5 stars A useful user-friendly crash course in intercultural skills.
Reviewed in the United Kingdom on March 18, 2015
Verified Purchase
This book is great for anyone wanting to learn a more practical and tangible way to work with Hofstede. Instead of Hofstede's many graphs and statistics, the author offers a model using 'cultural clusters', grouping together similar nations from around the world (you may be surprised!) to provide an excellent starting point for opening up dialogues with new cultures. Everything about this book is user-friendly and it is one of the fastest reads that I am aware of to increase your intercultural skills.
Read more
Report abuse

Domenica Tootell
5.0 out of 5 stars A quick and easy read with entertaining stories and helpful video links
Reviewed in Australia on November 27, 2014
Verified Purchase
I'm heading overseas for business soon and this book has given me some great insight into the cultural differences in the countries that I will be visiting. The book was easy to read and I loved the stories, which were followed by an explanation. it made the book very easy to read. The video links were a helpful addition as well!
Read more
Report abuse

Claude Bardy
4.0 out of 5 stars short and straight to the point
Reviewed in France on November 26, 2014
Verified Purchase
The author must be Dutch...?
Good first read on the subject and nice illustration of the cultural characterization
model.
The anecdotes are well chosen, too.