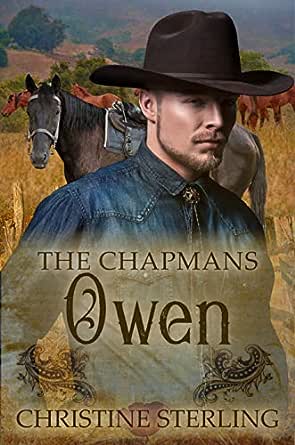 You've subscribed to The Chapmans! We will preorder your items within 24 hours of when they become available. When new books are released, we'll charge your default payment method for the lowest price available during the pre-order period.
Update your device or payment method, cancel individual pre-orders or your subscription at
Your Memberships & Subscriptions
There was an error. We were unable to process your subscription due to an error. Please refresh and try again. 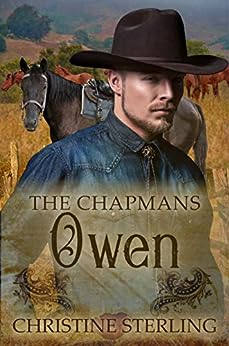 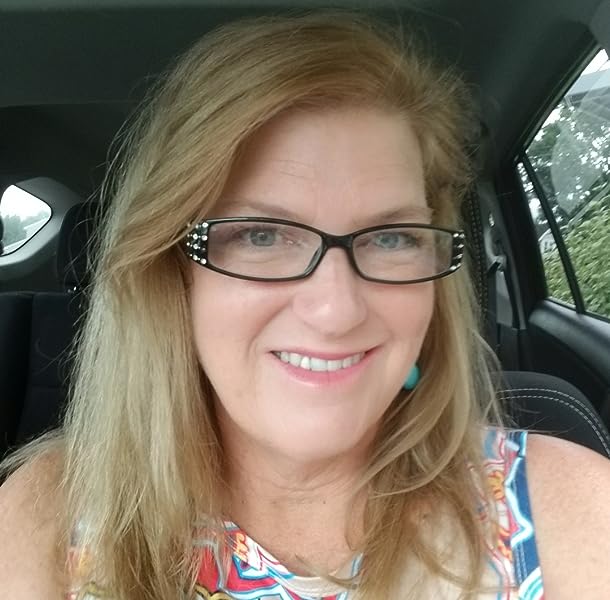 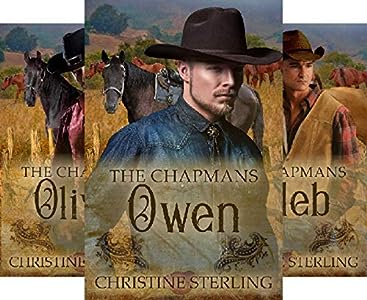 4.7 out of 5 stars
4.7 out of 5
58 global ratings
How are ratings calculated?
To calculate the overall star rating and percentage breakdown by star, we don’t use a simple average. Instead, our system considers things like how recent a review is and if the reviewer bought the item on Amazon. It also analyzes reviews to verify trustworthiness.
Top reviews

Linda Shenton Matchett, Author
4.0 out of 5 stars A wonderful story
Reviewed in the United States on August 1, 2020
Verified Purchase
Another winner from Christine Sterling whose books always have intriguing plots and interesting characters. Owen is a true hero, coming to the rescue of a woman he’s only just met. Handsome, focused, and determined, he’s also a bit vulnerable where ladies are concerned. He’s the glue that holds his family together, and is so busy trying to help others, he often lets his own needs go unmet. All of the characters in the story are well-developed, and I can’t wait to read about the rest of the siblings. Poor Ellie is between the proverbial rock and a hard place, having to make several decisions where she has to pick the lesser of two evils. I appreciated her gumption, and even though she has a gentle personality, she’s not a pushover. She’d been dealt some difficult blows, yet manages to remain resilient through the tough times. The mystery surrounding her prospective groom’s death kept me guessing to the identity of the culprit. Highly recommended.
Read more
One person found this helpful
Helpful
Report abuse

Lucinda
5.0 out of 5 stars OWEN (The Chapman's Book 1) A very interesting story of a mail order bride, the connection of two families and Owen.
Reviewed in the United States on December 26, 2020
Verified Purchase
A very well written and interesting story. A young woman who thought the man she was to marry was no good. Later she wrote letters to a man in the west. When she arrives as a mail order bride and finds her husband to be is dead. She faints and her husband to be family wants nothing to do with her. The man who help to bring the deceased groom to his family doesn't know what to do with the woman. There no hotel in the small town. Owen takes the young woman to his family ranch wears his parents and young adult sisters and brothers lived. The connections between two families and their dreams. Owen is starting a horse ranch and the family has a large cattle ranch. What happens to the young bride to be? Owen's sisters and Owen? You will enjoy this book with a few suprises. The author is a talented writer, get the book
Read more
One person found this helpful
Helpful
Report abuse

Nethanja Koenen
5.0 out of 5 stars Great start of the series.
Reviewed in the United States on August 21, 2020
Verified Purchase
Ellie has ended her engagement when she discovers who her fiancé really is. She always wanted to go west and after writing with Frank she arrives, but nothing is as aspected. Owen is living his dream and has no time for a woman who needs to leave the ranch of their neighbor. Will the feud starts again between the two families? Is Ellie just the right woman for Owen?
In the Pinkerton series we met two sisters and now this series is about their siblings and this story is a fun one and a good appetizer for the rest. Can’t wait!
Read more
One person found this helpful
Helpful
Report abuse

Kindle Customer
5.0 out of 5 stars Owen's story
Reviewed in the United States on June 17, 2020
Verified Purchase
Beautifully written, Owens story comes to life through the death of a rival. Elenor has arrived in Nebraska to marry Frank. Her story in and of itself is sad. Two families share a difficult past, and two mothers have experienced loss. Will Owen and Ellie make a difference? I highly recommend this first novel in this series and look forward to reading the rest of the Chapman's stories.
Read more
One person found this helpful
Helpful
Report abuse

Robin Malek
5.0 out of 5 stars Love It!
Reviewed in the United States on June 17, 2020
Verified Purchase
Talk about a tough as nails cowboy falling for a wee wisp of a woman with a soft voice and eyes to match. Oh but I do believe that she will make him do the walk. These 2 start this series and continue into Oliver's book. I can hardly wait!!
Read more
One person found this helpful
Helpful
Report abuse

Trixie
5.0 out of 5 stars Owen
Reviewed in the United States on September 1, 2020
Verified Purchase
Owen and Ellie did not plan yo fall in live, she was the mail order bride of another man. Good clean romance.
Read more
One person found this helpful
Helpful
Report abuse

Sheila Huntington
3.0 out of 5 stars Interesting.
Reviewed in the United States on February 3, 2021
Verified Purchase
The author does a good job of showing the growing relationship between the two main characters and pulls all the twists and turns together at the end. I give it three stars.
Read more
Helpful
Report abuse

Wendy Ory
5.0 out of 5 stars Great Book
Reviewed in the United States on July 4, 2020
Verified Purchase
This is a great start to a new series. It has just the right amount of emotions and mystery to keep the reader wanting more. I would highly recommend this book to anyone who loves western romance books.
Read more
Helpful
Report abuse
See all reviews