Add to Cart
$15.44
& FREE Shipping on eligible orders. Details
Sold by: Gordion Group LLC
Add to Cart
$15.99
+ Free Shipping
Sold by: Dekoy Acquisitions
Have one to sell?
Sell on Amazon 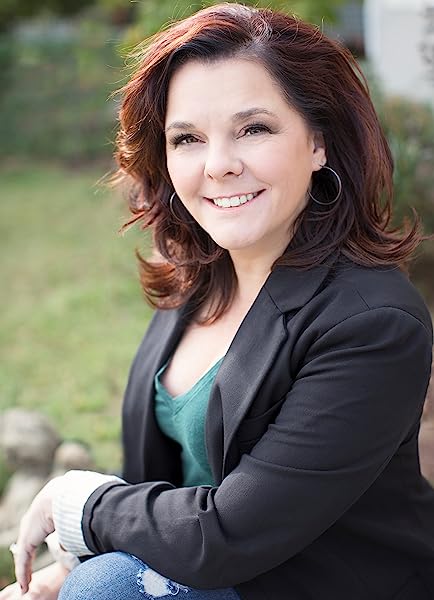 Praise for Everland
"In an exemplary debut, Spinale uses Gwen and Hook's voices to offer glimpses into the psyche of a man desperate to please his cruel mother and a girl intent on saving the only family she has left. This is a magical, wondrous treat, with a conclusion that's nothing less than epic." --Publishers Weekly (starred review)
"A fun and unique addition to the twisted fairy-tale genre, loaded with adventure, romance, and double crossing." --VOYA
"Peter Pan goes steampunk in this debut, which twists the familiar tale into a survival story complete with well-drawn characters, a blistering plot, and plenty of adventure." --Booklist
Praise for Umberland
"An unpredictable page-turner spun with dread, humor, and unexpected alliances." --Kirkus Reviews
"Dark in tone, desperate in intensity . . ." --Booklist
"[A] captivating adventure." --School Library Connection

Wendy Spinale is a former character actor for the Disneyland theme park (so she’s very familiar with the world of make-believe). She is the author of Everland and its follow-up, Umberland, as well as Lost Boy, a prequel novella to Everland.
Wendy lives with her family in the San Francisco Bay Area.

Start reading Ozland (Everland, book 3) on your Kindle in under a minute.

Agustina A. Ayers
5.0 out of 5 stars Five Stars
Reviewed in the United States on September 24, 2018
Verified Purchase
my daughter is obsessed and couldn't wait 2 days to get a hard copy :-)
Read more
Helpful
Comment Report abuse

ajakl
4.0 out of 5 stars Great end to a wonderful series!
Reviewed in the United States on June 27, 2019
Verified Purchase
I love the adventure in this series. It is great how each book in the series changes perspective. The ending of this book is my favorite.
Read more
Helpful
Comment Report abuse

Amazon Customer
5.0 out of 5 stars Great series!
Reviewed in the United States on January 4, 2019
Verified Purchase
These books are so well written and the description pulls the reader right into every scene. I love the new perspective of old stories!
Read more
Helpful
Comment Report abuse

Earl P Landree
5.0 out of 5 stars Great book series!
Reviewed in the United States on February 28, 2020
Verified Purchase
lol forward to reading this as part of the series which I enjoy very much.
Read more
Helpful
Comment Report abuse

ScarletMagpie
5.0 out of 5 stars Great tween edition
Reviewed in the United States on August 31, 2018
Verified Purchase
My daughter is reading this series and she absolutely loves it.
Read more
Helpful
Comment Report abuse

Caitlin Whetten
3.0 out of 5 stars Quite Fun In Its Weirdness, But Recommended For Middle Grade Audience
Reviewed in the United States on July 31, 2018
I felt the same way about this one as I did about the other two. It’s fine, but not really what I was hoping for from a steampunk post-apocalyptic retelling of some beloved children’s stories.

I like that we got Doc’s perspective in this book since he was one of the characters I enjoyed over the series. I also liked Gail and Ginger and their friendship over the course of the novel. I went into this hoping it wasn’t going to be Dorothy going on a journey with Scarecrow and falling in love with him, like the last two. So I’m glad Spinale mixed it up with two platonic girlfriends rescuing King Osbourne.

Ozland still keeps some of that dark, weird stuff from Umberland and I still find it really fun to read in its bizarreness. Don’t expect any friendly Scarecrows or Tin Mans or Cowardly Lions.

The characters finally felt like they grew into their own things in this one, but I think it’s really weird that we’ll spend an entire novel developing and getting to know Gwen or Alyssa and then they’re both barely in this one. Gwen is unconscious and off-stage and Alyssa has maybe five lines in this book. So if you really enjoyed those two characters, you’re out of luck. There’s also quite a bit of expository dialogue and telling rather than showing, especially in the first half.

The ending, involving Dorothy and Pete, was also a big misstep for me. It made me angry and I felt it was unfaithful to how characters had been set up over the course of the series. It was also resolved with two lines of exposition in the epilogue so I don’t know what the point was. Also, everyone’s pretty much paired up at the end.

Overall, I still feel like this series didn’t quite work for me as an adult, but I would have loved it as 13 or 14 year old, so I still recommend it for that age range. Ozland is on par with the other books in the series, but the series as a whole doesn’t live up to the potential of the premise.

S M Boren
4.0 out of 5 stars Ozland
Reviewed in the United States on April 24, 2018
@kidlitexchange #partner 👑 Thanks to #kidlitexchange for sharing the review copy of this book. All opinions are my own. 👑 Ozland by Wendy Spinale 🌟🌟🌟🌟 Ozland is Book 3 of the Everland Series. This book is a wonderfully written fantasy about children that have suffered the unthinkable. From the loss of loved ones and the life they have known to the village they currently live being burnt to the ground, they have survived. They develop a plan to kill the Evil Queen and destroy a virus that has taken so much from them, but it will not be enough without a new King. But everything is left in the hands of Gail to save them all. The characters are very well developed and the novel itself is fantastically written. However not having read the first two books I couldn't help but feel I need to go back and read those after finishing this one. My biggest issue with the book is it is recommended for ages 12 and up and the relationships these characters have developed or place themselves in is very grown up and intimate. While it is not a steamy romantic relationship I feel it's just too much for younger middle school readers. 👑👑👑👑
Read more
2 people found this helpful
Helpful
Comment Report abuse
See all reviews