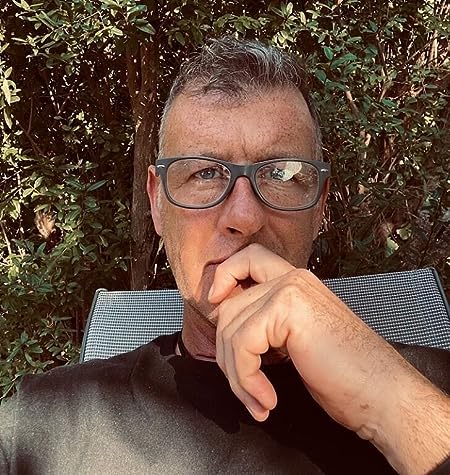 P.A.Davies was born in Manchester, UK, a city he has lived in and around all his life. He loves Manchester and is proud to be part of the multi-cultural, modern city that houses two Premiership football teams and is the birthplace of many a famous band, such as Oasis, the Stone Roses, Take That and Simply Red.

For most of his life, he has dabbled with writing various pieces - from poems to short fictional stories - but this was always just for fun. However, following advice from a good friend he decided to have a go at writing a novel. Thus, his first novel ‘Letterbox’ was conceived, a fictional take on the infamous IRA bombing of Manchester in 1996. It took him over a year to complete but while doing so, he found it to be one of the most satisfying and interesting paths he had ever followed. It came as no surprise that the writing bug subsequently became firmly embedded within him.

To label P.A.Davies’ writings would be difficult because his works range from thrillers to touching novels to true-to-life tales embedded in a captivating story, making P.A.Davies an imaginative and versatile storyteller. 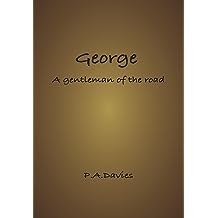 And as I watched the aged member of Manchester's homeless fraternity, walking slowly along the street, hoping to collect enough spare change in his dirty and tattered polystyrene cup to fund his next meal, I couldn't help but think to myself ... How do I possibly avoid giving this scruffy looking man any of my hard earned cash?

But in an unexpected turn of events and a surreal series of meetings, the man I had quickly pre-judged, revealed his extraordinary life.

This is George's story!
Read more
Other Formats: Paperback 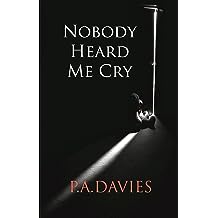 Nobody Heard Me Cry Jun 19, 2016
by P.A. Davies
( 4 )
$3.79
Beth Murray: a prostitute in her twenties working the streets of Manchester, with little more than troubled memories to show for her existence.

Douglas Mann: a respected headmaster & middle-class family man, with a comfortable
lifestyle to show for his.

Inspired by actual events, this is the story of how fate dramatically altered the course of
those lives and brought them together in one dark world. a world filled with violence, drugs and gangsters, a world where hopes, dreams and fairy tale endings have no place.

A world where nobody hears you cry!
Read more
Other Formats: Paperback 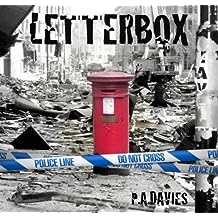 LETTERBOX Dec 22, 2011
by Paul Davies
( 36 )
$2.99
An outstanding debut novel from English Author, P.A.Davies, that has all the ingredients of a good read ... Gripping, thought provoking and a tad controversial from the off, this is a real page turner!

At approximately 09.00hrs on the 15th June 1996, an unassuming white lorry was parked on Corporation Street in the city centre of Manchester, England; it contained over 3000 pounds of high explosive.
At 11.15hrs the same day, Manchester witnessed the detonation of the largest device on the British mainland since the second World War ... The Irish Republican Army claimed responsibility for the attack.

Based around actual events, LETTERBOX tells the story of Liam Connor, an ordinary boy brought up in Manchester by a seemingly ordinary family. He goes to the local school, loves football and has a best friend called Sean ... an ordinary life!
Unbeknown to Liam, his father, Michael Connor, harbors a dark historic secret, following a life a lot less ordinary ... as a furtive, yet high ranking soldier within the IRA.

As a result of extraordinary circumstances, Liam’s innocent and carefree world is shattered when he is exposed to the truth about his family’s heritage and then learns about the tragic death of his father at the hands of the SAS.

Consumed with both hate and the need to seek retribution, Liam is taken to Ireland where he is intensively trained to become a highly skilled and efficient soldier within the Irish Republican Army ... He is 16 years old!
Some years later, following the drug-induced death of his beloved sister, Liam is given the opportunity to exact his revenge on those he believed should truly be blamed for the tragedies in his life ... The British Government!
Thus, on the 15th June 1996, it was Liam’s responsibility to drive the bomb laden lorry into the unsuspecting city of Manchester and let the voice of the IRA be clearly heard ... And listened to!! 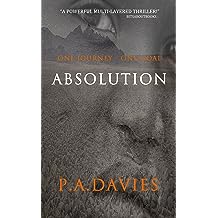 Soldiers of the SFL committed untold atrocities in that small farming village, before finally razing it to the ground. From a line of terrified children, boys were chosen to become recruits of the Militia, whilst girls were taken for selling within a market of odious buyers. Those who weren’t selected were either left to perish or murdered where they stood.

In a field of high maize next to the village, sixteen-year old Jada lay hidden and afraid, witnessing the merciless slaughter of his parents and the capture of his sister Kiden; powerless to stop it, too frightened to try.

But now - tortured by grief, consumed with shame and driven by guilt - Jada must embark on a long & arduous journey to rescue his sister from a sinister world and earn his absolution…or die trying!
Read more
Other Formats: Paperback 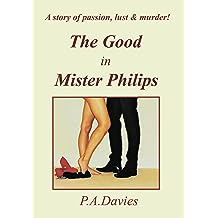 Marcus Good. A male escort who specialises
in providing a very explicit kind of service
to women, whatever their needs.

But when two notable client’s of Marcus Good
are brutally murdered, James’ secret life is
exposed, drawing him into a dark world of
suspicion and intrigue.
A world where not everything is as it seems!
Read more 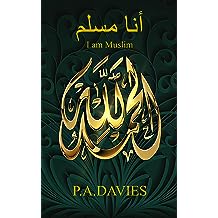 I am Muslim Aug 1, 2020
by P.A Davies
( 6 )
$4.03
On 22nd May 2017, the Arena of Manchester in the UK was subjected to the wrath of a suicide bombing: an unspeakable act of terrorism that went on to claim the lives of 22 innocent people. In the aftermath of that terrible event, Mehmet Yilmaz - a 17 year old Turkish Muslim living in Manchester- found himself confronted by the anger and hate of ignorance. For his best friend Kyle Roberts - who had lost his mother in the attack and seen his sister left disabled - the race was on to prevent Mehmet from becoming the 23rd victim.
Read more
Other Formats: Paperback 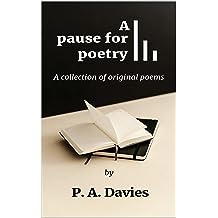 A Pause For Poetry Feb 14, 2022
by P A Davies
( 1 )
$2.99
A collection of original poems by UK Author, P.A.Davies that cover a plethora of subjects, from the natural world to mental health issues, and lots more in between.
Written honestly, openly and from the heart.
Read more
Other Formats: Paperback