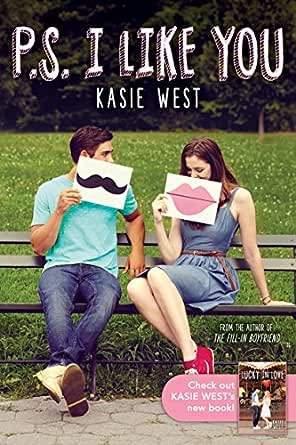 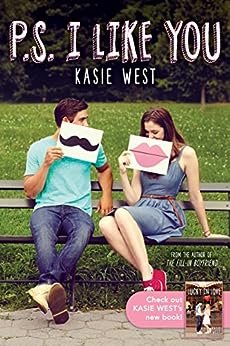 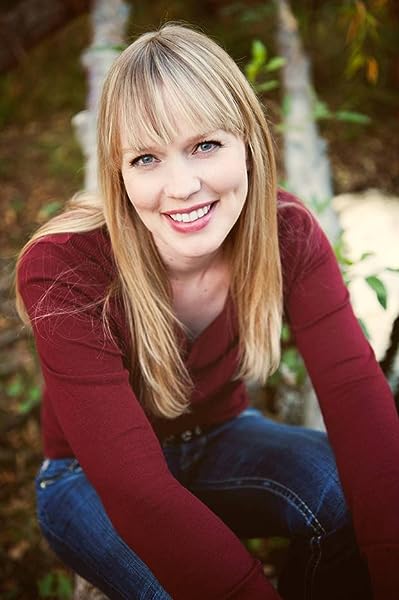 Kasie West is the author of several YA novels, including The Distance Between Us, On the Fence, The Fill-in Boyfriend, and P.S. I Like You. Her books have been named as ALA Quick Picks for Reluctant Readers and as YALSA Best Books for Young Adults. Kasie lives in Fresno, California with her family, and you can visit her online at www.kasiewest.com.
--This text refers to the hardcover edition.

Gr 7–10—Cade and Lily have been enemies for years: he's rude about her clothes, hair, and whole vibe; she thinks he's a snotty, stuck-up rich kid. Plus, she has her eye on shaggy hipster Lucas, who looks like he could totally be on her wavelength. But when Lily scribbles some graffiti on top of the desk to combat her boredom in chemistry class, she's surprised to find a reply the next day and even more surprised when the answers continue. Soon, she's corresponding through hidden notes and bonding with her secret pen pal over a mutual interest in indie music. Who's her mysterious new friend? Little by little, Lily whittles down the number of possibilities to one that makes absolutely no sense. Although it gets off to a slow start as the author sets up the various subplots, there's much to like about this sweet love story. West allows the sworn enemies to reexamine themselves in a believable way; Lily considers that the person she becomes around her nemesis Cade is not her best self—and that the same could possibly be true for Cade. There's plenty of kissing at the end, but nothing that renders this work unsuitable for middle school readers. VERDICT Hand this one to fans of tween romance and Jennifer E. Smith's books.—Elizabeth Friend, Wester Middle School, TX --This text refers to the hardcover edition.

"Lily is one of the funniest heroines I've met in a long time. This is my favorite Kasie West book yet!" -- Miranda Kenneally, author of Catching Jordan

"Clever and heartwarming. P.S. I love this book, and you will too!" -- Lisa Schroeder, author of The Bridge from Me to You

"Once again, West pens an adorably cute romance that will leave you with a smile on your face and a huge case of the warm fuzzies.... a sweet, swoony love story." -- RT Book Reviews

"Kasie West books always make us fall in love with love! And this sweet-and-salty, opposites-attract romance has more than a pinch of Pride & Prejudice tucked inside. Prepare for adorable." -- Justine Magazine
--This text refers to the hardcover edition.

From P.S. I Like YouI was excited to read the letter. The letter that I had retrieved from beneath my desk in Chemistry and was now unfolded on top of my desk. Track 8 on Blackout's Blue Album? I haven't listened to that one yet. I only have their first album. And even though it goes against my reverse psychology theory of how I handle life, if you think it's good, I'll try it out. Any other bands I should add to my 'shutting out the world' playlist? I could use some of that to deal with my life right now. Does that make me sound pathetic? I'm not, most of the time. I'm actually a pretty fun guy when not at home. Guy? He's a he? My eyes went back to the desktop -- to the line that had made me think he was a girl. It was still there. His claim that he wanted to be Blackout when he grew up. So it had been a joke? He liked to joke. He was a guy. A guy who liked the same music as me and was bored in Chemistry and had a sense of humor. We were soul mates. I smiled a little then shook my head. The guy was bored and was writing me letters to pass time. He wasn't asking me out or anything. I realized my brain had stopped mid-letter. I read the rest. So what should we chat about that's not so depressing? I'm open for suggestions. Perhaps one of the following topics: Death, cancer, global warming (or is it climate change now?), animal cruelty ... I turned over the page, but that was the end. We'd filled up an entire page with our back and forth communication. Which meant I got to keep this page. I folded it nicely and stuck it in my bag. I stared at the new clean sheet in front of me then wrote: How about we discuss the fact that you're a guy. Let's get married and have cute Indie Rock babies. I bit the inside of my cheek to keep from laughing and dropped that sheet of paper in my backpack by my feet. I wasn't even going to mention the fact that he was a he. I was going to pretend I knew all along. Because it changed nothing. --This text refers to the hardcover edition.
Read more