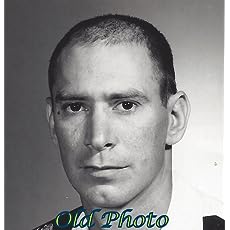 P. Arthur Stuart was born and raised in Brooklyn, New York. Three days after his seventeenth birthday, he was on his way to boot camp. While serving in the United States Navy, visited many countries in Europe and the far east. During his navy service, he met his wife, and they have four kids. He holds a physics degree from San Diego State University and his MBA from National University. He currently lives in Poway, California.


If you're interested, what follows is a more personal and in-depth profile by the author.

I could start with: where I was born and raised, the public schools I went to, my athletic abilities, or lack of, my degrees, and other typical things. However, I think I'll start with my "Avatar," a spiritual guide. This is the person I strive to be. For the most part, since I've created this "Avatar," I lived up to it. Yes, I failed at times, more than I'd like to admit.

Premise and Beliefs
I believe that I have choices, therefore, I am responsible for my outlook and behavior; that the environment, society, and I are interdependent; that physical and emotional health are interdependent; that negative behavior and emotions waste energy and causes sickness; that I must get along with myself to get along in the world. The way I live and behave is proof of my beliefs.


Imperative
Never lie to yourself.

Personal Philosophy
I will live according to what I believe. I will maintain a balance and synergy with my mental, physical, social, and spiritual selves. I will focus on positive behavior and emotions. I will continue to grow mentally, maximize my physical condition, and dedicate the necessary effort to achieving personal and professional goals, and endeavors. I will be concerned with important things and not make unimportant things important. I will select the most important things that I am capable of doing and focus on them. I will keep things in the correct prospective. I will acquiesce to things I disagree with that I can't change, and change those I can. I will maintain a positive attitude and sense of humor. I will do the right things, and do them right. When I make a mistake, I will accept it as just that -- a mistake; a small setback. I will learn from it, avoid repeating it, and get on with my life. I will avoid dwelling on the past; I will look to the future.

When interacting, I will create an environment that is conducive to open interchange of ideas and feelings. I will use a Win/Win attitude and empathic communication. When discussing or debating controversial issues, I will remain calm, listen, not interrupt, and respond softly and logically. I will control my emotions; particularly when faced with others that are upset or offensive. Except when required as part of a role (parent, supervisor, etc.,) I will always relate about others in a positive and amiable manner; when required to provide input of a negative nature, I will be factual and avoid judgment. I will be concerned and show respect for all species and the environment. To accomplish all that is possible, I must always tell myself, and face, the truth.

Okay now for the standard stuff. I was born in Brooklyn, NY a long time ago. Until I joined the Navy, I lived in the same apartment, on East 2nd Street. Our playground was the street and a small rocky lot where we played baseball. In the street, it was stickball, football, and other games that subjected us to run in front of cars.

I was a poor student and had extreme difficulty reading, even Dick and Jane books. I liked math and science, and did okay in these areas. I hated school, so at seventeen I enlisted in the navy, much to my father and mother's relief. Now I was someone else's problem. While I was in the service, I learned to read, and I read many books, as well as taking college and military courses. My first enlistment ended the day before I turned twenty-one.

After I left the navy, I spent the next two or so years trying to find myself. I didn't, so I reenlisted. I spent the next eighteen years in the navy where I advance to CWO4. While I was serving, I met the love of my life. We married and had four children. In a sense our life was an adventure. We lived in: Guantanamo Bay, Cuba; Norfolk, VA; Boston, MA; Newport, RI; and settled in Poway, CA. Together, we explored the US with our kids. Visiting the Grand Canyon, Painted Desert, Petrified Forest, and many other states.

After retiring from the navy, I attended San Diego State University, where I obtained a degree in Physics. While working for a school district as a maintenance manager, I attended National University and obtained a master's degree in business administration.

During the years my children were growing, I played tennis and soccer. My wife and I were active with our children in sports and other activities they participated in, like little league, soccer, lacrosse, gymnastics, and band. I thoroughly enjoyed watching sports on TV, until recently when I discovered, how really bad officials can be. Our family has had dogs, cats, rats, birds, chinchillas, snakes, goats, chickens, geese, ducks, fish, hamsters, rabbits, and an opossum, for a short time; I'm sure I've forgotten something.

While I was working a hospital, a friend suggested I write. I started writing my thoughts to relieve stress, but I mentally was thinking about stories. My early writing was about things that were happening. When my wife became seriously ill and I had to spend many hours at the hospital while she was receiving treatment, I started to put my story on paper. It help to fill time and relieve my stress.

Note this is my attempt, I'll try to improve it.
Read more 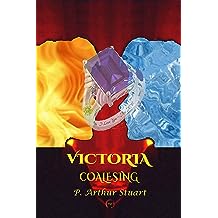 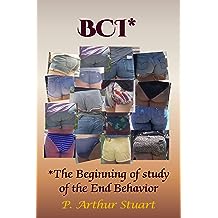 BCI*: *The Beginning Study of the End Behavior Dec 30, 2019
by P. Arthur Stuart
$3.00
A book about annoying behavior, that goes a slight bit beyond just being annoying
Read more 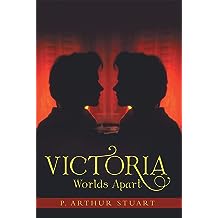 Arthur is twenty-four years old with a fit body and above average face. In his words, he’s “not panty-dropping handsome,” but he does all right. When he wins an all-expense paid trip to Hawaii, he sits next to a beautiful woman on the flight, and it’s anything but love at first sight. Victoria is extremely gorgeous, wealthy beyond belief, and offensively arrogant.

At twenty-six, she already conquered the business world, but she has failed miserably in her personal relationships. On the flight to Hawaii, she seems almost repelled by Arthur. Once they land on the island, she even suspects he’s stalking her and accuses him of such after two days of dancing around each other. She slaps him, and he kisses her. 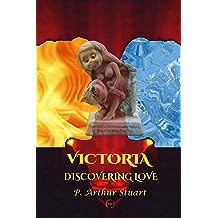 Victoria: Discovering Love May 19, 2018
by P. Arthur Stuart
$3.12
The romantic adventure and sexual odyssey continues. Surviving a near fatal breakup, Arthur struggles to keep their relationship alive. Their journey of self-discovery and of one another will lead them to places of wonder and enlightenment. It will take them to an amusement park, a family rebirth, wild parties, couples renewing their vows, and a golf tournament.

As they make up, in a moment of utter clarity, Arthur realizes that he loves Victoria beyond anyone or anything. Does Victoria love him, though, or is he just a means to some personal end for her? When he confesses his love, will she return it or send him away. During a discussion, the question, “Do you want to get married?” comes up. I can feel her tense. Her breathing begins to get a bit labored and difficult. I briefly wonder, maybe she expects and wants me to ask her. Perhaps, it’s a step to far for her.

Would their sexual compatibility be enough? She smiles up at me, “Why aren’t we normal, like other couples? …why do you think we’re not normal? Could the reasons signal the beginning of the end, or something else?

My foot catches on something and I begin to fall head first. I put my hands out in front of me to break my fall. Something is coming up at me fast and then darkness envelops me.
Read more
Other Formats: Paperback