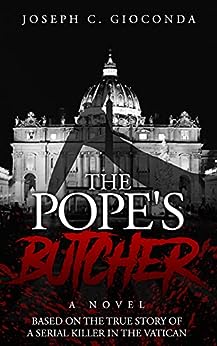 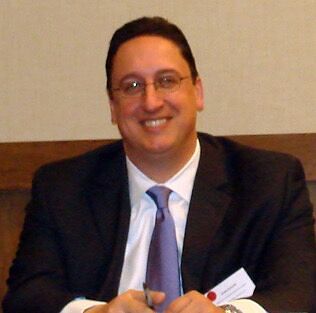 THE POPE'S BUTCHER: Based on the True Story of a Serial Killer in the Medieval Vatican Kindle Edition

★     "Wow.  The history perfectly blended with the world building and characterization to create a hypnotic tale I couldn't put down." -- Author J.A. Martin

★     "Immersing the reader in the bloody but fascinating world of medieval witch trials, Joseph Gioconda's debut is a thrilling take on a little-known historical episode." -- Indie Reader Book Review

★    "A dark, well-researched story centered on the Inquisition's most notorious killer. With evocative prose and careful research, Gioconda captures the nuances of medieval Church politics and the frank realities of the prejudices of the time." -- BookLife by Publisher's Weekly

★     "From the first chapter, I was hooked as the book is a real page turner! I love that the book is inspired by actual history and that the author provides great details about the true horror in the medieval Vatican!" -- NetGalley Reviewer

★     "I loved the world building as well as the absolutely authentic feel. Institoris is as twisted a character as one can have, but the scariest part is that he was real. I'm looking forward to reading more from this author." -- GoodReads Reviewer

★   "The Pope's Butcher is one of those novels that leaves you thinking about what was, what is, and what will be in the next hundred years. Now that's good writing!" -- Viga Boland, Reader's Favorite Book Review


★     "Interesting and intriguing, the story flowed well and would recommend this even if you have no interest in the church." -- NetGalley Reviewer

★     "The author did a great job in merging facts and fiction...it hits the nail on the head without being too gory." -- Online Book Club

★    "All I can say right now is Wow, Just Wow. This book was intense and the author did an awesome job putting it all together." -- GoodReads Reviewer


★   "The plot is twisty with great pacing and plenty of hair-raising action with well-developed characters that grow throughout the book. Fantastic story. I really want to read more from this author and hope he has a sequel in the offing." -- Anne Marie Reynolds, Reader's Favorite Book Review

Joseph C. Gioconda is a former Catholic seminarian who went on to graduate from Yale Law School and become a trial lawyer.

4.4 out of 5 stars
4.4 out of 5
45 global ratings
How are ratings calculated?
To calculate the overall star rating and percentage breakdown by star, we don’t use a simple average. Instead, our system considers things like how recent a review is and if the reviewer bought the item on Amazon. It also analyzes reviews to verify trustworthiness.

Lyn Murdock
5.0 out of 5 stars Historic Intrigue - Murderous Madness
Reviewed in the United States on June 8, 2021
Verified Purchase
Historic fiction is not often packed with accuracy and twisted intrigue, but here you get both. A well researched story of one of the most bloody, murderous incidents in the history of The Church.

Enter a frenzy not unlike the stories you’ve doubtless heard of the Salem witch trials, but a change of settings, a tale of darkness and corruption.

Mysteries and life questions are on the line for Sebastian Alberti. Orphaned as a child Sebastian has long sought answers in The Church. He has studied and committed himself. A short time before he attains ordination as a priest he is approached by The Grand Inquisitor with the opportunity of a lifetime: journey and research the presence of witches who have infiltrated the community with evil.

As the fast-paced story unfolds Sebastian is faced with a dilemma: Does Hey pursue the path to which The Inquisitor has called him — which comes with reward, position, prestige- or does he press through what he increasingly believes to be the false veil which has hidden and even twisted the truth about “witches”?

Sebastian begins to suspect the nefarious intent of The Inquisitor and his fierce obsession with the wiles of womanhood. The Church’s objective is the salvation of souls from evil. Where and in whom the evil lies unfolds in this quick-paced story.

I could not put it down! Read it straight through, with a few side treks to research interesting historical points.

This should be read in conjunction with Arthur Miller’s The Crucible to broaden understanding of the hysteria and malevolence present during the time.
Read more
2 people found this helpful
Helpful
Report abuse

TrizahKelvin
VINE VOICE
5.0 out of 5 stars Hannibal Lecter meets Game of Thrones.
Reviewed in the United States on June 2, 2021
Verified Purchase
Incredibly rich and detailed historically, this book is a real page-turner! From the very first chapter, I was hooked. The Inquisitor is a fascinating character and Sebastian is a compelling protagonist. The details are very nice.
For his first novel, the author did an incredible job! I look forward to more books about these same characters.
Really interesting story. I found myself wanting to learn more about Institoris as a real historical figure. It is amazing that we don’t know more about him. A real gem!
Intriguing characters. I want to get to know them better in a sequel.
Read more
2 people found this helpful
Helpful
Report abuse

Julie Martin
5.0 out of 5 stars Wow
Reviewed in the United States on June 4, 2021
Verified Purchase
There is no end to the infamy that Father Institoris of the Roman Inquisition intends for medieval Europe. He sends young Sebastian Alberti on a fact- finding expedition, and while on this research trip, Sebastian learns many things, including what really happened to his parents. Dark forces are at work within the Church but luckily, there are equally powerful forces ready to fight back. The history perfectly blended with the world building and characterization to create a hypnotic tale I couldn’t put down.
Read more
2 people found this helpful
Helpful
Report abuse

tracey a.
5.0 out of 5 stars Loved it - Medeival Thriller
Reviewed in the United States on July 31, 2021
Verified Purchase
Havent enjoyed a book this much since The Davinci Code. Still amazed this is based on a true story. Why hasn't this story been told until now? Anyway - a good read, especially if you have an interest in Medieval times and the early Catholic Church
Read more
2 people found this helpful
Helpful
Report abuse

kelly knapp
4.0 out of 5 stars Illuminating
Reviewed in the United States on August 4, 2021
Verified Purchase
An entirely new look at the inquisition and the Catholic church of the middle ages. Amazing information about a time in history about which I knew very little
Read more
One person found this helpful
Helpful
Report abuse

Amazon Customer
5.0 out of 5 stars Historical fiction at its best!
Reviewed in the United States on June 24, 2021
Verified Purchase
This is a well-written and thought provoking work of historical fiction. The author brings you into the medieval world of the Vatican and you feel as if you're on the journey with the characters. A must read regardless of your religious background. Bravissimo!
Read more
One person found this helpful
Helpful
Report abuse

R. Ploude
VINE VOICE
5.0 out of 5 stars Well Written Historical Fiction
Reviewed in the United States on June 27, 2021
The Pope’s Butcher is probably one of the most well-researched and well-written books I’ve read in some time. To learn that it’s Joseph C. Gioconda’s first book makes it remarkable.

Based on historical facts, this book of fiction is about a priest initiate named Sabastian who is tasked with searching out witchcraft and its practices throughout the 15th century Roman Catholic world. Sabastian travels through Europe, Britain, and Ireland studying and taking notes on local witch practices. Toward the end of his travels, he judges witchcraft to be the innocent application of herbal medicinal practices that have been practiced from long before the founding of the Christian Church. In his notes, he opines that the actions taken by witches are entirely beneficial to the health and welfare of the communities being served. Spending a considerable amount of time with one young witch, he falls in love but leaves her to return to Rome to file his report with the chief inquisitor. According to the fictional account, Sabastian’s notes are misused and end up serving as the basis for the chief inquisitor’s widely distributed book on the evils of witchcraft. That book, The Witch’s Hammer, is still being published and is in circulation today. The initial publication of The Witch’s Hammer led to the deaths of thousands of women in Europe and America over the ensuing years.

In my experience, books that include a bibliography the size of the one at the end of The Pope’s Butcher are assigned social sciences texts that must be read in college. While historically factual and somewhat interesting as enhancements to the subject matter being studied, they are not enjoyable literary reading. Gioconda, on the other hand, wrote his book as reading literature, not an academic enhancement. I think that he succeeded in doing so and has, what will shortly become, a bestselling book as a result.

Gioconda, no doubt, has a busy schedule as a trial lawyer, but I do hope that he continues to set time aside for more historically based fictional writing. The Pope’s Butcher emotionally engaged me and always had me looking forward to my next reading session.
Read more
2 people found this helpful
Helpful
Report abuse
See all reviews

Diana Jackson
4.0 out of 5 stars A Gruesome but Gripping Read
Reviewed in the United Kingdom on August 2, 2021
Verified Purchase
A well researched novel taking on the difficult subject of the Inquisition at its worst. The human natures of Sebastian who stood for the good and pure, and Brigantia who showed us the character of a witch who strived for healing and love~ a medieval apothecary, balanced an otherwise terrifying period in history where the church certainly did not shine in glory. I loved the touch of the Knights Templar coming to the rescue at the end, but was it just too little too late?
Read more
Report abuse

Suey
2.0 out of 5 stars Predictable
Reviewed in the United Kingdom on July 1, 2021
Verified Purchase
Decided to read because of the hype and seemed a bit different. Really couldn't see what the fuss was about. Predictable story line/ending and pretty dull
Read more
Report abuse
See all reviews

Tags that will help you discover similar books. 8 tags
kindle unlimited eligiblemystery, thriller & suspensewitches & wizardshistorysupernaturalrenaissancegenre fictionliterature & fiction
Results for:
Page 1 of 1Start overPage 1 of 1
Previous page
Next page
Where do clickable book tags come from?
Book tags are created from a variety of sources, some of which are customer-generated. Amazon is not legally responsible for the accuracy of the tags represented. If you are an author or publisher and would like to remove a tag associated with your title, please contact your vendor manager or publisher support team.
Back to top
Get to Know Us
Make Money with Us
Amazon Payment Products
Let Us Help You
EnglishChoose a language for shopping. United StatesChoose a country/region for shopping.
© 1996-2021, Amazon.com, Inc. or its affiliates