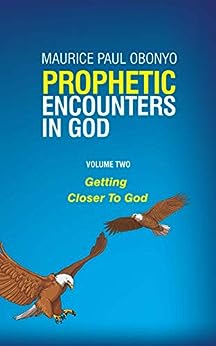 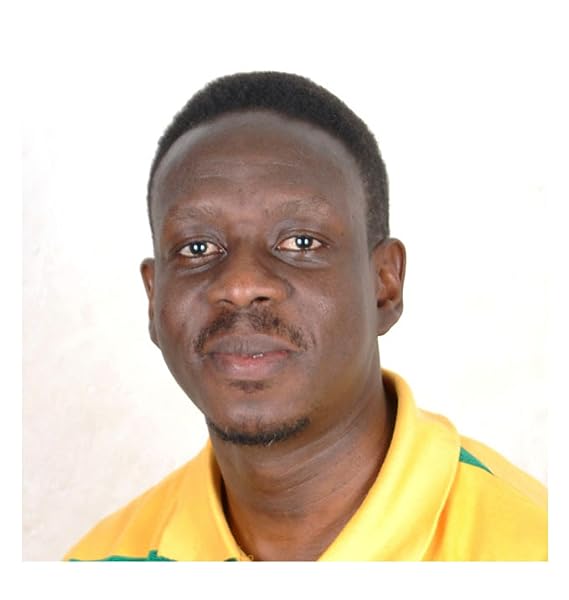 PROPHETIC ENCOUNTERS IN GOD: Getting Closer To God Kindle Edition

by Maurice Paul Obonyo (Author) Format: Kindle Edition
See all formats and editions
Sorry, there was a problem loading this page. Try again.
When a prophet is in the Lord’s presence, there are conversations that the Lord will allow to engage with him. These are my conversations with the Lord attaining to the heavens, obedience to God, curses, blessings, discipleship and overcoming the enemy.
Read more
Previous page
Next page

I have a calling to go into the world and proclaim the second coming of the Lord Jesus. I have been in the Lord’s presence for over three years now. He has commissioned me to teach and speak about His love for man. The Lord has enabled me write nine books so far. I have a goal to write a particular number of books which the Lord spoken to me about. The books I have written have come out of the Lord’s presence. I have received a wealth of knowledge and understanding from God as I have been writing. I was a graphic designer by the time the Lord called me. He told me to stop whatever I was doing and do His will.

When I was called by the Lord, I was confused as to why He was giving me prophetic messages. I asked myself: “Why is the Lord speaking to me about His second coming; is the world coming to an end?” I did not know that the Lord tells His prophets what is on God’s mind. Little did I know that the Lord was giving me a hint on what He had called me to be. When I was in the world, I thought that the Lord does not speak to people directly. I thought He spoke only through; pastors, the word of God, signs, and oracles. I did not know that God is not only interested in redemption but in having a solid relationship with man.

When I started hearing the Lord’s voice, I thought that He was a cursed spirit speaking to me. He asked: “who are you?” He said: “It is I, Jesus”. I went and asked two pastors who did not know me and who did not know each other whether my experience with the Lord was genuine. They both confirmed to me: “It is the Lord”. I then started to seek the Lord to hear more of His voice. During that period, the Lord’s voice was not as loud as I hear Him today. I then went to work in another country where I struggled with hearing the Lord’s voice. Sometime after that, I went back to my country and started listening to the Lord’s voice. It is then that the Lord told me to stop moving in an antagonistic direction from His will and concentrate in His presence. It is where I have been since then. I have gone through various tests which the Lord has used to enable me to stay in His presence constantly. I have also been persecuted by the enemy who has caused suffering to everyone who has a calling to expose what happens in the kingdom of darkness.

Dr. Kathy Veon
3.0 out of 5 stars Curses and Blessings
Reviewed in the United States 🇺🇸 on April 9, 2020
This book contains tremendous detailed information about curses that can plague people and places on this earth. I am so thankful that Jesus intercedes for us as believers and followers of Christ. “Therefore, as you received Christ Jesus the Lord, so walk in him, rooted and built up in him and established in the faith, just as you were taught, abounding in thanksgiving” (Col. 2:6-7).

Walking in Christ Jesus is nothing less than submission to His lordship. Our Savior calls us to obedience, not that we might earn our salvation but that we may display our gratitude for His grace. If we love Him — if we have love for God poured into our hearts (Rom. 5:5) — we will keep His commandments, which are not burdensome (John 14:15; 1 John 5:3). We will reflect the fact that we are in union with Christ, and we will grow in our knowledge and application of the gospel as we bow to Him as Lord (Col. 2:7). “If we live in him, we shall be rooted in him; and the more firmly we are rooted in him, the more intimately we shall live in him.”
Read more
Helpful
Report abuse
See all reviews
Report an issue
Does this item contain inappropriate content?
Report
Do you believe that this item violates a copyright?
Report
Does this item contain quality or formatting issues?
Report