A Pack Of Dogs and millions of other books are available for Amazon Kindle. Learn more 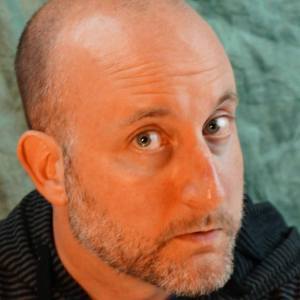 by Andrick Schall (Author)
3.4 out of 5 stars 2 ratings
See all formats and editions
Sorry, there was a problem loading this page. Try again.

Start reading A Pack Of Dogs on your Kindle in under a minute.

3.4 out of 5 stars
3.4 out of 5
2 global ratings
How are ratings calculated?
To calculate the overall star rating and percentage breakdown by star, we don’t use a simple average. Instead, our system considers things like how recent a review is and if the reviewer bought the item on Amazon. It also analyzes reviews to verify trustworthiness.
Top reviews

In the near future, far right wing Republicans have taken control of the United States. There is mandatory enlistment, your cellphone monitors everything you do, disagreement with the government results in immediate arrest, police have the right to search unwarranted for non-citizens, and everyone must have a firearm.

Jacob, a deeply depressed man after the disappearing of his wife by the police, has a uninteresting job in a building where he hates his co-workers, and especially his supervisor.

Surprised, he is kidnapped by aliens and endures horrific torture under the guise of medical experimentation.

When he wakes up he finds himself in pod of some sort, inside a crashed vehicle. After extricating himself, he is eventually rescued by a small pack of dogs. He learns all primates died in a plague uncountable number of centuries ago, and animals have evolved to intelligence and speech. He's told by the elephant mystic he has a vitally important job to perform. Accompanied by three dogs and a war elephant he's led, and occasionally pushed, through the sometimes violent journey to complete a prophecy.

There is a long and pretentious prologue, followed by chapters so unrelentingly grim this reader eventually took to skimming through until the UFO showed up. Even after Jacob wakes up and discovers his situation he remains a cardboard character difficult to engage with. The elephant's entire contribution to the journey is to cheerfully kill whatever he's pointed at, and the dogs to try to make Jacob understand what's going on. It's disappointing Jacob makes so little attempt to learn to communicate with his travel companions.

One of the interesting touches is how each species has developed language based on the noises they made in their ancestry. As such, like in any civilization, there are animals that speak only their own language, and others that speak more than one. Two species meeting where each have only a basic understanding of the other's language recalls two tourists trying to understand what each wants, primarily knowing mostly nouns.

The story is interrupted irregularly by philosophical discussions. Some are directly related to the part of the story in which they appear, and some don't seem to relate to anything. These odd additions, combined with common words used in their older definitions, and uncommon words needing brief research in a dictionary to find the correct definition, jar the narrative. The story would benefit from further editing to smooth out and tighten the story; battles are extensively described but read like a computer game. The story is badly in need of a little humor to break up the endless, violence filled journey.

The ending is not particularly satisfying or believable; it reads as though the author was trying to wind up all the loose ends in the last chapter.

Additional proofreading is needed to correct missing punctuation marks and words that are homonyms, like site/sight and reigns/reins.

This reader feels this story has an interesting plot, but would benefit from re-editing, better proofreading, and reworking some interactions to make Jacob more engaged with what is going on.
Read more
2 people found this helpful
Helpful
Report abuse

Nolan Stamps
4.0 out of 5 stars Engrossing and compelling read!
Reviewed in the United States on September 29, 2018
Totally engaging albeit frighhtening premise and story!
Read more
Helpful
Report abuse
See all reviews
Back to top
Get to Know Us
Make Money with Us
Amazon Payment Products
Let Us Help You
EnglishChoose a language for shopping. United StatesChoose a country/region for shopping.
© 1996-2021, Amazon.com, Inc. or its affiliates