Packing for Mars: The Curious Science of Life in the Void and millions of other books are available for Amazon Kindle. Learn more 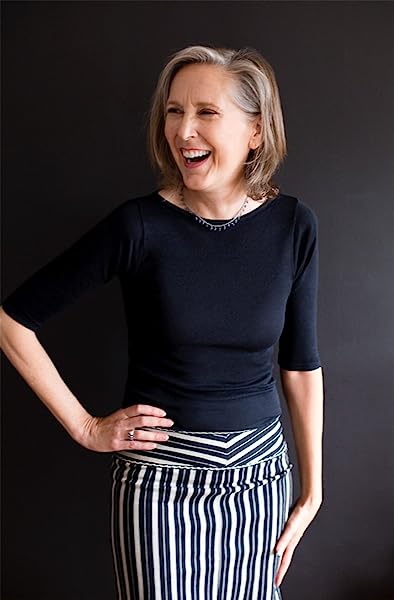 Mary Roach is the author of Stiff: The Curious Lives of Human Cadavers, Spook: Science Tackles the Afterlife, Bonk: The Curious Coupling of Science and Sex, and Packing for Mars: The Curious Science of Life in the Void. She lives in Oakland, California.

Start reading Packing for Mars: The Curious Science of Life in the Void on your Kindle in under a minute.

4.6 out of 5 stars
4.6 out of 5
1,025 global ratings
How are ratings calculated?
To calculate the overall star rating and percentage breakdown by star, we don’t use a simple average. Instead, our system considers things like how recent a review is and if the reviewer bought the item on Amazon. It also analyzes reviews to verify trustworthiness.

DED
4.0 out of 5 stars 4.5 stars for witty yet real examination of the effects of space travel on the human body
Reviewed in the United States on June 25, 2017
Verified Purchase
Roach strips away the glamor and heroics to offer us a look at the grittier, and messier, aspects of space travel as it relates to the human body. It's all here: food, sex, personal hygiene, motion sickness, claustrophobia, physiological changes, defecation. While we may snicker at some, these are aspects of the human condition which are glossed over as we defiantly insist that we will conquer other worlds. Fortunately, scientists the world over are not ignoring these aspects. It's just that they don't make for good PR. Roach presents them here.

But the best part is Roach herself. Her wit and unabashed curiosity are in plain sight, boldly going where decorum and press releases dare not go. There's just enough science here to give the layman an idea of what's going on--and presenting it in clear terms--without overwhelming him with forensic detail. She interviews astronauts and scientists, historians and charlatans, and when research isn't enough, she bravely participates in experiments (flying aboard a C-9, drinking recycled urine). Despite being confronted with the unpleasant facts of space travel, Roach doesn't flinch. She satisfies our curiosity while satisfying her own.
Read more
10 people found this helpful
Helpful
Report abuse

DiDi K
5.0 out of 5 stars Great research, well-written, good humored approach to being an astronaut
Reviewed in the United States on March 27, 2017
Verified Purchase
I read this book after reading "The Martin", now a blockbuster movie, and am glad I read the Science behind the Fiction other authors use to make Mars sound awesome and dangerous. This author has a practical, tongue-in-cheek but factual and very funny style of writing that I really enjoyed. She did a lot of painstaking research for her book, extensive travel, and probably had to listen to thousands of hours of NASA transcripts and interview notes to get a few gut-bustingly funny precious gems. Totally worth it. I recommend this book to all my science-geek, and non-science friends who are interested in what it really might be like to get to Mars alive. Is being an astronaut really work all the trouble? Either way, a very funny and interesting read.
Read more
14 people found this helpful
Helpful
Report abuse

Franklin the Mouse
5.0 out of 5 stars Space Guinea Pigs
Reviewed in the United States on December 7, 2020
Verified Purchase
‘Packing for Mars’ is what you read if you want an entertaining informative dive into the challenging world of science and engineering for space travel. Ms. Roach, once again, has produced a thoroughly engrossing funny nonfiction work. After reading her books ‘Stiff’ and ‘Spook,’ I came to expect topnotch material that was written for the everyday Joe or Josephine.

Some of her investigation involves Ms. Roach being on site or actually experiencing the simulations. The author interviews astronauts, cosmonauts, and volunteers about their experiences in simulations or actual space missions. She takes part in such things as experiencing zero-gravity on parabolic flights and a moon expedition simulation taking place in Canada’s High Arctic. Ms. Roach also explains the history and challenges of space adventures such as isolation-chamber experiments in cross-cultural conditions; living on space stations; the various psychological hardships; height vertigo while spacewalking; the challenges of gravity; crash simulations; enduring G-forces; astrochimps; the demands of personal hygiene, coping with body odor, and bone density depletion during long missions; the cultural mindset of space agencies; sex in space; trying to survive a falling spacecraft; space cuisine; and the issues around pooping in zero-gravity. I found reading the poop chapter was an excellent appetite suppressant. Heck, it even topped her icky chapter on vomit. The book was published in 2010.

After reading ‘Packing for Mars’ I can understand why it’s so expensive to launch missions. Once again, the author has produced a wonderful work. It’s a real treat. I came away from Ms. Roach’s book with an even deeper appreciation of the profession and a bedrock conviction that I’d rather be clubbed to death by a platoon of irate astrochimps than attempt space flight. I’m enthusiastically the wrong stuff.
Read more
One person found this helpful
Helpful
Report abuse

Mary Soon LeeTop Contributor: Fantasy Books
3.0 out of 5 stars Each chapter is engaging, but collectively they mildly disappointed me.
Reviewed in the United States on December 16, 2020
Verified Purchase
This book takes a light-hearted look at the science of humans in space. Chapter by chapter, it discusses such topics as astronaut hygiene and motion sickness. I found the individual chapters diverting and informative enough, but I wanted them to sum to something more. Beyond the theme of human space travel, there's no clear structure to the book. Indeed, I think the chapters could be rearranged in pretty much any order without serious disruption. In addition, I strongly missed a chapter on the nitty-gritty of performing science in space. Astronauts have carried out numerous experiments, but the book has little to say about this. Lest this seem overly negative, I did enjoy reading this. It's just that the subject matter is of great interest to me, so I had hoped for something more incisive. Mildly recommended, though I note that many readers have loved this to pieces.

About my reviews: I try to review every book I read, including those that I don't end up enjoying. The reviews are not scholarly, but just indicate my reaction as a reader, reading being my addiction. I am miserly with 5-star reviews; 4 stars means I liked a book very much; 3 stars means I liked it; 2 stars means I didn't like it (though often the 2-star books are very popular with other readers and/or are by authors whose other work I've loved).
Read more
One person found this helpful
Helpful
Report abuse
See all reviews

GeordieReader
3.0 out of 5 stars Interesting in parts but rather disappointing over all
Reviewed in the United Kingdom on December 28, 2015
Verified Purchase
Mars is only a theoretical prospect but people have been travelling in space for over five decades so most of the book is about the history of space travel with a nod to future possibilities. The focus is the most unpredictable part of a spaceship: the crew. It should have been more interesting than I found it, although I can see I'm in a minority here. I loved Mary Roach's later book, 'Gulp' about the digestive system, but I found parts of this quite boring. I think she struggled to get access to the really interesting stuff (and people) and sometimes had to stretch what she had. For instance, there is a whole chapter on a rather uneventful simulation in Canada. There are some fascinating sections. I particularly liked the descriptions of what zero-gravity does to the human body but on the whole I didn't find this book very interesting or enjoyable.
Read more
One person found this helpful
Report abuse

Luke Powell
5.0 out of 5 stars A Pleasant Journey through the Time of Space.
Reviewed in the United Kingdom on February 18, 2017
Verified Purchase
This book was truly a pleasure to read. Mary Roach enthrawles readers in subjects which at a glance most would find difficult to truly get in to.

Packing for Mars combines a perfect blend of comedy combined with factual truth. The anecdotal form of writing and referencing throws a friendly perspective over the scientific and social challenges which plagued spaced travel since its inception. The number of hidden away stories and facts that I had never seen written before and that had only been found by great investigatory work made this book truly worth the read.
Read more
Report abuse

TONY MEREDITH
4.0 out of 5 stars Good Fun.
Reviewed in the United Kingdom on March 24, 2018
Verified Purchase
A good read, but I fear that Mary Roach is turning the handle a bit here and repeating styles she has ploughed well before. Personally I like her writing style and witticisms but there is a certain deja-vu with the style.
Read more
Report abuse

Occibx
1.0 out of 5 stars Not what I was expecting
Reviewed in the United Kingdom on July 19, 2017
Verified Purchase
Was hoping for an interesting read about difficulties in manned missions to Mars. Instead a tedious book that had more to do with bodily functions than the actual physical and psychological issues faced by future astronauts. Childish probably best sums up this book. For anyone interested in space, NASA, Apollo missions or the planets and potential human travels across our solar system avoid this drivel.
Read more
One person found this helpful
Report abuse
See all reviews
Pages with related products. See and discover other items: living history books for kids