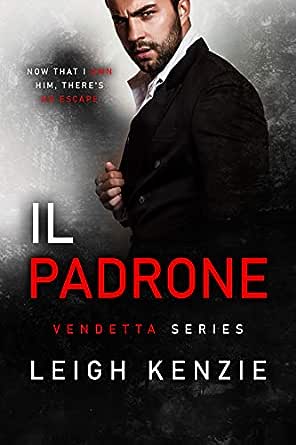 You've subscribed to Vendetta! We will preorder your items within 24 hours of when they become available. When new books are released, we'll charge your default payment method for the lowest price available during the pre-order period.
Update your device or payment method, cancel individual pre-orders or your subscription at
Your Memberships & Subscriptions
There was an error. We were unable to process your subscription due to an error. Please refresh and try again. 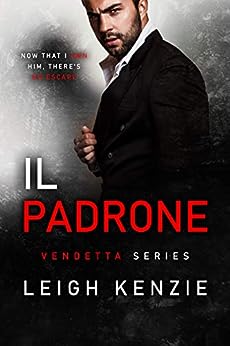 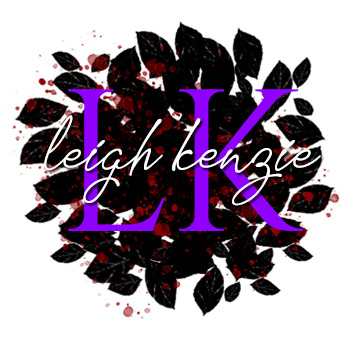 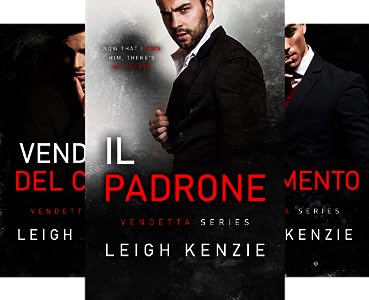 Abrianna
5.0 out of 5 stars Brilliant!
Reviewed in the United States on August 18, 2020
Verified Purchase
This book is so good. It's well-written, the characters are so dynamic, and the plot is brilliant.

It's not the darkest book I've read, but it is about in the middle of the sliding dark scale. While I don't think it's dark, in fact, I would have loved to see a bit more, it's not for everyone. Emilio goes through the wringer in this book. He's so naive and innocent to the dark parts of the world and I wanted to just hold him and take him away from everything.

Allesandro is a mafia boss who is controlling, twisted, and sexy all at the same time. He uses Emilio to his own benefit, along with the rest of this inner circle, whom he calls 'boys'. He trains and torments them until they're nothing but loyal to him. Emilio is set to become one of these boys if he can survive what Allesandro puts him through that is. I love the idea and can't wait to see how it comes into play in the other books because it's such a unique way to create loyalty. Or is it? I don't trust one of the characters. I've been doing this a long time and can sniff out a traitor very efficiently, I hope I'm wrong but I don't think I am. Which will make for a very interesting turn in the other books.

Like I said, while this isn't the darkest book I've read, it does have some parts that will make readers pause. It's different it's its portrayal of 'dark' and 'kink' (none of the kink is consensual so make sure you heed the warnings!)

What I loved the most is the ending. Yes, it's a soft cliffhanger, but that's not the surprising part. It's the way it comes about. Normally I'm good at picking those kinds of things up. If it were any other book I would have seen what's coming from a mile away, but because I was so caught up in the characters and the storyline, I missed what was coming. Which is brilliant. It's so hard to catch me surprised as I read a LOT and can pick up on things so easily. I didn't in this book and when the revelation came about I was like 'OMG, I need book two now! Because I need to see the ramifications of this.'

If you're looking for a new series that will consume all of your waking thoughts then you're going to want to pick this one up.
Read more
2 people found this helpful
Helpful
Comment Report abuse

Ana
3.0 out of 5 stars I liked it
Reviewed in the United States on August 18, 2020
Verified Purchase
I was very intrigued by the description of this book. I liked that it was willing to go to a dark place, which is always feel attracted to. Even though it had an interesting plot, there were a few things it didn't allow me to enjoyed it as much as I thought I would.

What I liked about it was the plot, or at least as far as it goes, because I didn't got the sense of an ending, so I'm expecting more on this story. I also liked Emilio. I would like to feel more emotion from him but there were also some very good moments. I liked the ending and its promise for something more. I also likwd Luca, he seem to have such a minor part in the story a the moment, but i can see him taking a bigger part in the future. I would love to see what will come next to this characters.

What I didn't like about it. Well, Emilio was nice but he also lack a few things i like in a character. He hadso little fight in him. It was frustratikng to see him just take whatever come his way. I still liked him though. I didn't liked Alessandro at all. And it got nothing to do with his villain status, since I'm generally more attracted to them. It was about his, not at all subtle, way to show his power. His contant need to remind the reader how bad he is, mostly with hard estatements instead of with subtle actions or emotions. I see him as a weak leader instead of what he seem to portray to others. I would love to see him down.

Overall i liked it. Not loved it as I expect, but it was an enjoyable read and i expect to keep reading more, since it seem to only be a part of a series.
Read more
2 people found this helpful
Helpful
Comment Report abuse

"Graphic violence and extreme sexual situations." Please, heed the warnings!!!! This is not a drill. Ms. Kenzie is not kidding around.

That said ... I can't wait to see where this goes. Allesandro is a freaking monster. Seriously, he is a horrible man. He shatters an unwilling Emilio (his "toy") into a million pieces. But Emilio is smart. He's not like Allesandro's previous boys. He's playing a game, and I wanna see what this tortured kid comes up with.

Also, prepare for a cliffhanger that's gonna have you screaming.

wtrankle
5.0 out of 5 stars LOVE LOVE LOVE!
Reviewed in the United States on August 19, 2020
Verified Purchase
I LOVE this book so much! I read a ton of dark books and this one isn't as over the top dark as some reviews might make you think but do read the warnings and heed them if you have any issues with dub-con and some of the more extreme kinks.

If however, you like your men on the sexy, dark and kinky side then this is a must read. I don't like to give spoilers in my review but will say both the "villian" and the "victim" here are fascinating characters. The story is told from their points of view but we also get to know more about the rest of the "family" and how they all interact as well.

The story is well flushed out and the world building is amazing! A must read.
Read more
One person found this helpful
Helpful
Comment Report abuse

Ashley m
5.0 out of 5 stars Intriguing
Reviewed in the United States on September 16, 2020
Verified Purchase
loved it, I can not wait for the next one. Il Padron is not a nice person and the author did a great job of portraying that and I love seeing how conflicted he is the more he gets it know Emilio (his new toy) and be around him, seeing that he is different than any other toy he has ever had. I fell bad for Emilio. First he he is betrayed by his brother, the only family he has left and then he is at another man's mercy, continually trying to find new ways to play the mans game, hoping to come out on the winning end but the man is truly awful and determined to break him. I was on edge the whole time, needing to know what would happen next, where this book would take these characters and of course I nearly threw my kindle when it ended even knowing it ends on a cliff hanger ahead of time. You get so invested in these two and what's happening with them, you don't ever want it to happen. Yes Il Padron is a terrible person but he is supposed to be and I love when the author sets the character up a certain way and stays persistent with it. What an awesome first book in a new series!
Read more
Helpful
Comment Report abuse
See all reviews

Summertimememories
5.0 out of 5 stars I really liked it.
Reviewed in the United Kingdom on September 9, 2020
Verified Purchase
I really liked this book though it reminded me of a book that has a similar storyline to another mm author, only this one takes it that one step further. I also can't wait to read the sequel. Sometimes authors dont complete a series like these for some reason, I hope the author completes this series it really is a good book. Five stars recommended.
Read more
Report abuse

it'sduffyj
5.0 out of 5 stars cliff hanger
Reviewed in Canada on September 19, 2020
Verified Purchase
This was a brilliantly dark book! I loved it! Can't wait for book 2!
Read more
Report abuse
See all reviews