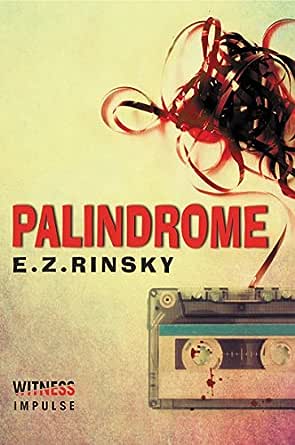 You've subscribed to Lamb & Lavagnino! We will preorder your items within 24 hours of when they become available. When new books are released, we'll charge your default payment method for the lowest price available during the pre-order period.
Update your device or payment method, cancel individual pre-orders or your subscription at
Your Memberships & Subscriptions 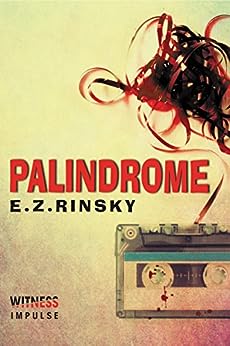 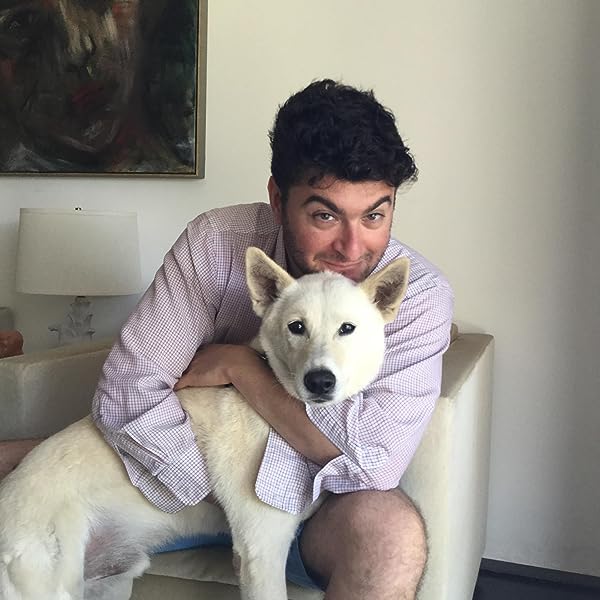 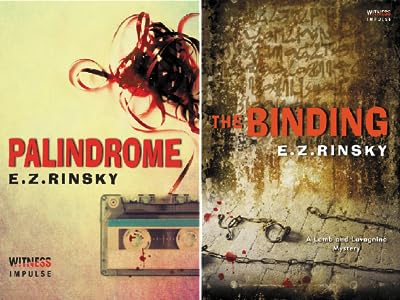 E.Z. Rinsky has worked as a statistics professor, copywriter and--for one misguided year--a street musician. He is the author of Palindrome, and currently lives in Tel Aviv. More at ezrinsky.com

Candice Clark
5.0 out of 5 stars Wild Ride That Will Keep You Up at Night!
Reviewed in the United States on October 13, 2016
Verified Purchase
I had no idea what I was getting into when I purchased Palindrome. It starts out simple enough, the private eye struggling to keep his work life separate from his personal life with his daughter. A beautiful woman walks in and asks him to find something, and after that it gets weird. Its noir mixed with Stephen King and something else, something unabashedly creepy.

When I finished the book I couldn't sleep, and even thinking about it makes me shiver. You gotta read it.
Read more
11 people found this helpful
Helpful
Comment Report abuse

Amazon Customer
5.0 out of 5 stars Carnival ride posing as a debut novel -- Loved it!
Reviewed in the United States on August 18, 2016
Verified Purchase
I devoured Palindrome over the past two days -- loving it. I hadn't read a mystery novel since I was a kid (Hardy Boys), but this book just reeled me in from the get-go. I was laughing, squirming and straight-up hyperventilating as I tore through it. The characters pop, the plot has tons of unexpected twists leading me to flip back and re-read some bits. And the protagonist is bloody hilarious. Even when he's facing his darkest moments, his mixture of self-pity, horror and comedic self-deprecation made me smile from ear-to-ear. I usually read fiction with a blank look on my face, just taking it in, but that wasn't the case here. I was having visceral reactions, strapped into this carnival ride posing as a debut novel. Pick this one up and enjoy.
Read more
22 people found this helpful
Helpful
Comment Report abuse

Wild Wise Woman
5.0 out of 5 stars Jonathan Maberry, Peter Clines, F. Paul Wilson, RS Belcher, move over!
Reviewed in the United States on December 9, 2016
Verified Purchase
When I first "picked up" this debut novel on my Kindle, I read the prologue and rolled my eyes. It was graphically, gruesomely violent, descriptive of a deadly assault on a woman, and the sort of opening that defines a "slasher movie" from a supposed "horror movie", and makes me turn off the TV. But the prologue didn't quite cross the line, and I read on. Almost immediately I was captivated by the central character and the story he had to tell, and in a little while I was telling everyone I know, "I love this book!"

About 30% into the novel, I realized that I both couldn't put it down, but also didn't want it to end. I drew it out for over a week, going back and re-reading passages and highlighting pages. Don't misunderstand me, this is not a mystical, philosophical tome which reflects on the meaning of life. Rather, it's a lightning-paced, suspense-filled, eerie, scarifying, mystical novel which will force YOU to reflect on the meaning of life.

I read a lot - a LAAAAAAAAAHHT (in my midAtlantic accent) and in my 57th year I've chosen to entertain myself with thrillers, mysteries, detective stories, horror novels and lovely, lovely dystopian fiction - the weirder way the world ends, the better. Does the world end, in E.Z. Rinsky's delightfully gruesome, and funny, FUNNY book? I won't spoil it for you. IF you like this sort of thing - and that's a major *IF* - then you will be swept up in the travails of Our Hero. Or is he?
Read more
3 people found this helpful
Helpful
Comment Report abuse

Sally Strollo
3.0 out of 5 stars Overrated at 3 stars
Reviewed in the United States on December 29, 2016
Verified Purchase
3 stars is more than I probably should allow, but I give the author credit for developing a couple of interesting characters. Moreover, the plot has so many possibilities -- horror, crime, the occult -- man, what a start!

BUT.... Rinsky lost me when his two PI's enter a maximum security prison in broad daylight brandishing pilfered identity cards and somehow maneuver around the entire place looking for a certain maniacal serial killer. Guards, security cameras -- no problem. Man, I sure hope Charlie Manson has better supervision.

Menachem Brodie
5.0 out of 5 stars great read, captivating
Reviewed in the United States on June 23, 2016
Verified Purchase
Remnant of Christopher Moore in this twisted paranormal mystery/psychological thriller.
Definitely recommended for those seeking a relatively quick read, perhaps for a beach vacation, or a long weekend getaway.

vegasbill
VINE VOICE
4.0 out of 5 stars Great fun and suspenseful
Reviewed in the United States on August 10, 2017
Verified Purchase
This book is really fun to read. It is a rip snorting mystery involving a search for an audio tape that takes Frank Lamb and his sidekick Courtney Lavagnino on a cross country trek in a battle against time to save the life of Frank's daughter. The action and suspense are non-stop, the book is populated with a cast of memorable ancillary characters and the serial killer villain is truly heinous. There is a touch of the supernatural throughout the book as Frank has dreams that bring him clues as to the location of the tape and the solution to a years old sacrificial murder of a child and the disappearance of the 12 men who committed it. Additionally, listening to the tape apparently causes the listener to commit mayhem. The only reason for not giving this book five stars is there are some unresolved plot points and some of the ways in which Frank and Courtney get things done in their pursuit of the tape are just too improbable to believe. My advice is to read the book and enjoy the ride. These flaws should not stop you.
Read more
Helpful
Comment Report abuse

Val L.
1.0 out of 5 stars Human trafficker just a bordello owner?
Reviewed in the United States on March 16, 2019
Verified Purchase
This is the first book I ever read where I felt morally obligated to stop reading. I was disturbed by the writer's cavalier attitude toward human trafficking. A secondary character owns and operates a sexual dungeon where the women, some underage and at least some, if not all, there against their will, never leave the dungeon. The main character even comments at one point that he almost likes the guy and refers to him as the owner of a bordello. Perhaps the writer was going for shock value with his presentation of this information, but I was downright appalled. There was even a casual reference to a new 15 year-old girl and her trick with a banana.
Read more
Helpful
Comment Report abuse

Randy Bates
5.0 out of 5 stars Crazy good!
Reviewed in the United States on December 11, 2017
Verified Purchase
I've had this book for sometime now, and finally got around to reading it. Man, what a creepy book! ( And I mean in a good way). This was actually one of the most truly scary books I've ever read. Talk about tense! I barreled through this thing while I kept looking over my shoulder the whole time. Who the hell is this E.Z. Rinsky? and how does he top this one? I don't know , but I plan on reading anything I can find by this author.I love it when I get blindsided by some new author like this! I loved it! It's easy to recommend this one! And I do!
Read more
One person found this helpful
Helpful
Comment Report abuse
See all reviews